The Letter of the Law: There is Nothing ‘Biblical’ About Cruelty

The Letter of the Law: There is Nothing ‘Biblical’ About Cruelty June 15, 2018 Erin Wathen

“It is very biblical to enforce the law.”

This was Sarah Huckabee’s response when reporters questioned her about the administration’s horrifying practice of separating children from their parents at the U.S. border. In the past few days, Sanders and Jeff Sessions have both used scripture as justification for taking babies from mothers — one baby literally torn from it’s mother’s arms while nursing.

First of all … something cannot be “very biblical.” It’s one of those binary situations. A thing is either biblical, or it ain’t, but it can’t be “very.” (Remember that one time when Jed Bartlet said, “Something can’t be very unique, nor can it be extremely historic”? It’s like that. Raise your hand if you wish he were still President?)

As for this particular thing being biblical, very or otherwise … it ain’t. There is nothing biblical about cruelty. Ever.

Jesus was familiar with proof-texting. In fact, the Pharisees invented proof-texting just for him. They did it all the time to try and show Jesus for a false prophet. They’d pull a passage of scripture out of context and try to catch Jesus not adhering. “Boom! You’re healing on the sabbath, you must not have read your Torah.” 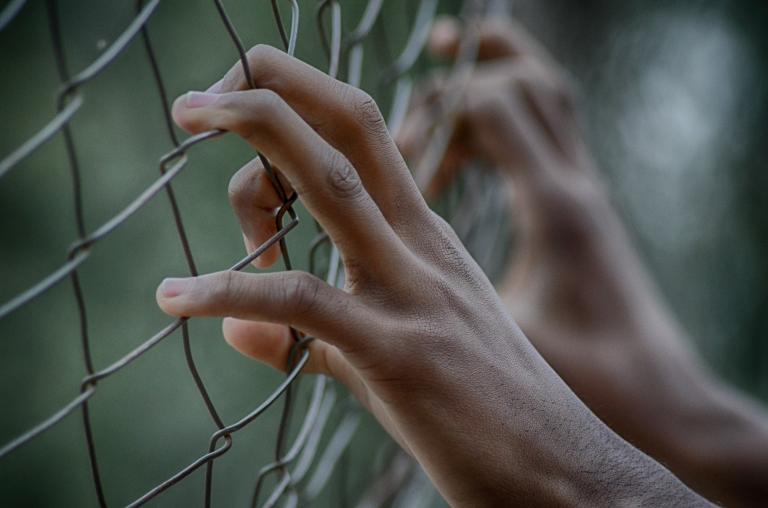 Whatever their gripe of the moment, Jesus always knew what was written. Of course he did. But when it came right down to it … Jesus always chose compassion over the letter of the law. That was kind of his whole deal. When a real live flesh and blood person was standing in front of him, he always let their suffering guide his response. He always met the urgency of human need. Even when there were people watching over his shoulder to make sure he know what was written.

Maybe especially then. These were his greatest teaching moments, and he was the master of flipping the script. I know what it SAYS … but do you know what it MEANS? That was always the question hanging the air. And the Pharisees always walked away perplexed. And plotting their next move in the effort to get rid of this growing threat to their established authority.

Meanwhile, back at the border … the (once) most powerful country in the world has let its fear of the Other overrun all basic impulse towards compassion. And the toxic, partisan rhetoric around immigration erodes the spirit of both faith and country. Both of which are meant to be about freedom. Freedom from oppression, freedom from condemnation, freedom from the fear of persecution. And yet, Jeff Sessions cites the chapter and verse from Romans that used to be a favorite of slavers. “Look, it’s right here in the Bible! We have to obey the law of the land. And the law of the land is slavery so, yeah … Basically Jesus says so.”

Plenty of heinous things are legal. That doesn’t make them right, and it sure as hell doesn’t tie them to the Christian narrative or identity.

Instead of proof-texting some chapter-and-verse garbage to justify tearing babies from their mother’s arms, maybe we should check that whole “literally follow and be like Jesus” situation that Christianity is supposed to be about, and remember how he treated actual people. Our leaders aren’t reading the gospel, they are reading a rule book that is clearly jacked. Maybe we can’t stop them from citing scripture to justify abhorrent behavior. But we can insist they stop the cruelty, and the civil rights violations that they carry out in the name of “making America great again.”

Remember that this administration does what it does with a singular goal — to defend Patriarchy. To uphold the privilege of straight white men at the cost of women, people of color and — clearly — children of color. No amount of counter-quoting scripture will reason or shame them out of that; or convince their supporters that this is a morally reprehensible practice. We can only use the voice we’ve got, the channels of discourse and democracy, to show up, speak up, and resist. If you can get to a local demonstration against family separation, do that. Or sign a petition; there are several floating around. Or call your senators.

When we are tearing the babies from their mothers arms at the border, we have lost who we are — as Christians, as Americans, as decent human people. It’s time for a gut check, a humanity check, and — clearly — a scripture check. Pick one, or do all three, and then repeat until we remember who we are. 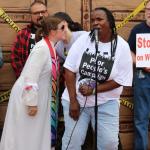 June 14, 2018
Called to Serve the Poor People's Campaign
Next Post 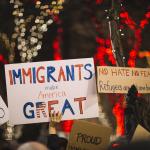 June 19, 2018 SHARICE DAVIDS: Asylum Laws Written to Protect, Not Persecute
Recent Comments
0 | Leave a Comment
Browse Our Archives
get the latest from
Irreverin
Sign up for our newsletter
POPULAR AT PATHEOS Progressive Christian
1 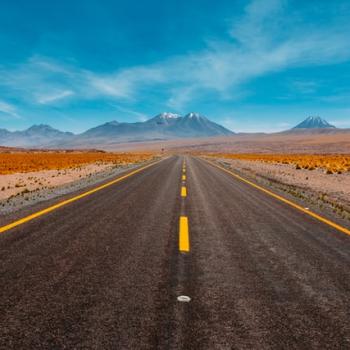