Internalized Misogyny: When Women Are the Part of the Patriarchy Problem

Last week, I got to discuss my book with Adam Ericksen of The Raven Foundation. We talked, among other things, about racism, internalized misogyny, and the importance of “calling in vs. calling out.” We also got into how men can contribute to the work of equality—and why they should. Here is an excerpt from our conversation, or scroll on down to watch the whole interview.

Adam: So, you are just bringing all of these things to light for me and I’m learning so much. So thank you. One of the other phrases that I learned [from your book] was “internalized misogyny.” I hadn’t heard that before. What is that?

Erin: Oh man, I just learned the phrase too, when I was working on this book. And it just blew my mind because I could see so many places in our culture to point to examples of it. Basically, internalized misogyny is when women have so thoroughly bought into the lie of patriarchy and the assumption of male power and superiority that they work against their own interests in order to uphold that system. And a lot of times it’s because it’s what is comfortable. Often times, buying into what is is more comfortable than recognizing the deep brokenenness there, the pain of how it has affected women’s lives for generations, and how it continues to harm women. It’s when you have just internalized that message so deeply that you are just as complicit in sustaining the system as men are. We saw that play out significantly in our last election cycle where 50% of white women voted for Trump, who is a known and blatant misogynist. But there was all that narrative of, “He knows how to run a business.” Which translates as, “he must know what he’s doing, so I’m going to let him make me feel safe and comfortable.” Or, “That’s just locker room talk. All men talk like that.” Garbage. No they don’t. And if you think that, then you need better quality men in your life. Furthermore, that “all men talk like this” idea is  insulting to men! That’s a deeply harmful narrative. Unwinding that assumption is good for men, allowing them to be seen as more than a baser instinct kind of cave man. 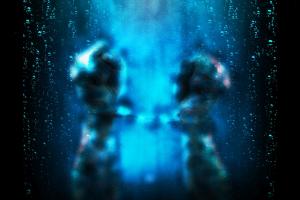 Adam: I’ve been to plenty of locker rooms during my childhood and adult life. I can tell you the last time I heard anything like that was in middle school. I mean, why do people give a pass on this? Internalized misogyny helps me make sense of it. And that’s the narrative of patriarchy. Another narrative or method of patriarchy is to divide women on hot button issues. You explain this really well, especially when it comes to the issue of abortion. And we’ve just had Supreme Court Justice Anthony Kennedy retire. Now there’s a lot of anxiety about who Trump will nominate to take his place. And it’s probably going to be someone who’s not good for women. Your conversation about abortion was really helpful to me.

Erin: Yeah. I was out in my own neighborhood today and I saw a big tour bus parked at the high school in my neighborhood. It was for a candidate for governor. The bus has the words, “Christian Pastor, Pro-Life, Pro-Gun, Pro-America.” And I thought ‘something about that math just doesn’t add up…’ The term “Pro-Life” is a complete shade for everything that term should really imply. One of the things I talk about in the book is an “ethic of life” that isn’t just focused on birth, but a whole life. A sacredness of life and care and nurture. What patriarchy has done so effectively is take all that nuance out. It’s become a completely binary thing. You are either “pro-life” or you’re an evil feminist baby killer. There’s no space for anything to happen in between. Above all, I think that is a product of not having women in those higher levels of government. Because if we had more women in power, that would be a completely different conversation. But what we have instead is men making decisions about women’s bodies. And then they drive this wedge to divide women into far left and far right corners, so that women never get together for their own interest and empowerment. I think that the most powerful and important work that the women of our generation can do is to call BS on that whole narrative and have a more compassionate and nuanced conversation: about life and procreation and the whole maternal experience, and how we want to collectively care for our children as a nation after they are born. And I think women have the power to do that, but when you get into internalized misogyny, we allow men to take that away from us. We never get into that dialogue.

Adam: Your book was a reminder of how far we have to go. It wasn’t too long ago when we had a politician who said, “Women have a way of shutting that thing down when they get raped.”

Adam: … It was just a few years ago. And so we are not removed from it.

Erin: No, we are not. And there are people running right now for the mid-terms that have that same mentality or who have said equally appalling or ignorant things about rape, reproductive rights, and any number of things about women’s bodies. And I keep going back to that picture, soon after Trump was elected, where there were about 20 white men in the room, signing a piece of legislation that was going to significantly affect women’s health care, not just nationally, but globally. And they all had this smug smile…like they had just done something really terrific for those who put them in office. Half of whom were women. And it was like, here is our gift to you! but there wasn’t a single woman in that room, making this decision about women’s bodies. It was deeply troubling, and also really telling about where we are right now.

Watch the whole interview below … 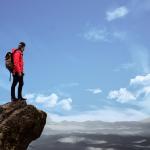 July 2, 2018
The Edge of Great Change: Why All the Ugliness is Still Good News
Next Post 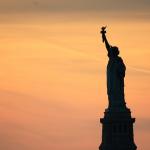 July 4, 2018 Liberty
Recent Comments
0 | Leave a Comment
"When the United States began, most patriots considered their patriotism in relationship to their home ..."
Caliban Whose Flag Do You Carry?
"All peace and joy on your journey!"
Patrick Along For The Ride
"I'm sorry to hear about your daughter. It's heartbreaking to hear of a parent burying ..."
Cynthia 10 Ways to Care for Someone ..."
""I'm so very sorry/I'm so sorry for your loss," sincerely meant, is actually enough...no religious ..."
J.D. 10 Ways to Care for Someone ..."
Browse Our Archives
Related posts from Irreverin