“Freedom isn’t free!” they shout from the street below

They wave small flags, wrap themselves in large ones

Behind stars and stripes, the small tag reads

She watches from high above the street

The barbecue she wasn’t invited to

Watches them dance on land they stole

While they drink beer from Mexico.

Later, she knows, there will be songs

About rockets and bombs in the twilight

And the would-be revolutionaries will sing louder

As they set off their fireworks from China.

And then they will drive home

In their cars from Germany, and Japan

That no officer will shoot them for a sway over the line.

Sentimental at the thought

of what their grandfathers risked

for these amber waves of grain.

No, it’s not free, she thinks to herself

It was built on the backs of slaves

And even now, takes what it wants from the poor

And blames them when they’re hungry.

Holding up liberty with their fingertips,

Her arm is so tired.

But she just holds it higher.

It’s a light she bears forever

For those who will not see

As they talk about guns and walls

In this land of the free, that isn’t. 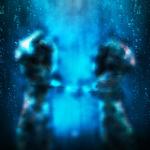 July 3, 2018
Internalized Misogyny: When Women Are the Part of the Patriarchy Problem
Next Post 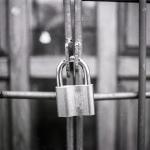 July 9, 2018 Kids Are Still In Cages: And The Law Has Nothing To Do With It
Recent Comments
0 | Leave a Comment
"When the United States began, most patriots considered their patriotism in relationship to their home ..."
Caliban Whose Flag Do You Carry?
"All peace and joy on your journey!"
Patrick Along For The Ride
"I'm sorry to hear about your daughter. It's heartbreaking to hear of a parent burying ..."
Cynthia 10 Ways to Care for Someone ..."
""I'm so very sorry/I'm so sorry for your loss," sincerely meant, is actually enough...no religious ..."
J.D. 10 Ways to Care for Someone ..."
Browse Our Archives
get the latest from
Progressive Christian
Sign up for our newsletter
POPULAR AT PATHEOS Progressive Christian
1