The death of Mollie Tibbetts is horrifying. A guilty verdict for her killer, Cristhian Bahena Rivera, does nothing to diffuse the tragic loss of life. Like the rest of the country, I’m heartbroken for her family, and can’t imagine the pain they will live with forever.

What’s also tragic is that President Trump is using this case as a stump for his “illegals are criminal and it’s time to build my wall now” rhetoric.

It’s not just tragic. It is sick, and it’s dangerous.

Not to mention it is profoundly ironic: Trump manipulating a tragedy to call a whole demographic of people “criminals,” when literally everyone who works for him is about to go to actual prison for crimes they’ve committed on his behalf.

It just goes to show that when he says “criminal,” what he really means is “not-white.” This is just one more opportunity to vilify and further marginalize a broad demographic of the population. What’s truly dangerous about this is that when you cast a group of people as not only “other” but “dangerous other,” you effectively dehumanize them. Removing the humanity of an entire population of immigrants paves the way for all manner of atrocities.

This is how genocide starts. Or, at the very least, the removal of children from their parents and the placing of them in cages meant for dogs.

The truth is that the wall will not protect us from violence, rape or murder. Because whether white or brown, legally documented or otherwise, the real criminal here is patriarchy. And its roots run deep on both sides of the border.

Toxic masculinity is the real evil that endangers women every day. Rivera didn’t kill Mollie Tibbetts because he’s an immigrant. He killed her because there’s this thinly veiled narrative shaping our culture that makes men feel entitled to women’s bodies. Granted, this tragic story represents an extreme case. But that sense of entitlement is everywhere: from the “casual” catcall on the street; to the gross objectification of women in advertising; to an “inspirational” quote on the wall of a small town high school. The message is, women are here for men’s enjoyment. Men are powerful and authoritative and, therefore, can do what they please to a woman—with or without her consent.

Grab them by the pussy even.

Whether they realize it or not, American men have been shaped by this kind of misogyny. Thankfully, some men also learned some other values that more strongly influence their relationships with and treatment of women. But left unchecked, this all-too-common assumption of entitlement leaves men filled with rage when a woman asserts her autonomy. It makes for a world full of men who can’t cope with rejection; men who shoot up high schools to “teach those bitches a lesson,” who force themselves on female acquaintances, or who maybe just follow a woman to a deserted place and make her suffer for their own sick pleasure.

Meanwhile, Trump’s wealthy, white associates continue dropping like flies in the face of increasingly serious allegations. And even in light of their proven misdeeds, he sticks to his story: great man. Wonderful man. It’s a shame. It’s sad. What a good guy though, seriously.

Of course, this is nothing new. The preservation of white masculine authority remains, and has always been, at the center of the Trump administration’s messaging. Even now, even with the charges levied against his closest advisors, those supporters won’t hear a word against him. They cling to the illusion that he is blameless bystander … Because the guy AT THE CENTER of a crime ring is always innocent, I suppose. I mean, have they seen not one single mafia movie?

The point is, that ring of ongoing support is not support for the man himself—however he might try to wear it as such. Those who still support Trump do so because he so strongly represents that fierce preservation of patriarchy. And as America has proven again and again, the unchecked authority of white masculine privilege trumps any other values we claim to hold.

I don’t want to conflate too many complex issues here, and I don’t want to equate the crimes of Cristhian Bahena Rivera with those of Cohen and Manafort (and co). But the fundamental truths revealed in Trump’s responses to each are telling: white men sometimes do bad things. They are “Good men” who made mistakes. Men of color, however, are: a) representative of their entire nation/culture/race; and b) are also deeply, fundamentally evil.

I pray for peace for Mollie’s family; I pray they sense some justice has been done, however little that might ease their sadness.

But don’t let anyone use this tragedy to bolster a nationalist agenda, and minimize the true crimes of patriarchy. We can deport “bad men” all day long. That won’t keep the disease of toxic masculinity out of our own backyard. 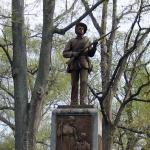 August 23, 2018
Toppling of Silent Sam: The End of Another Battle in a War We Can’t Quit Fighting
Next Post 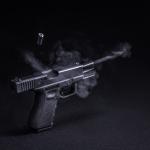