The Kids Are Listening

My kids … and everybody else’s too.

My 10-year-old came home yesterday and told me there was a new song the kids were singing at school. You know, the happy-clappy kind of playground rhyme that girls jump rope to? (Apparently, that’s still a thing? Who knew).

Anyway, she’s like: “There’s a new song they’re singing at recess. But I don’t really like it …”

She said this vaguely, but in a way that meant there might be more to the story.

“Okay but … I don’t like it!” she said, almost defensively.

Like she knew Mom was about to find a teaching moment.

Anyway, she sang it for me. It sounded for all the world like “Miss Mary Mack,” or “Down By the Roller Coaster.” Except.

It just happened to be about Mexicans getting arrested at the border.

Let me repeat that: Fourth graders on the playground are singing fun, sunny, cheery-sounding songs about Mexicans getting arrested at the border.

It was very un-funny. Clearly, my kid found it unsettling enough to mention at home … though I doubt she could write a dissertation about WHY it was not cool. She still knew it was not cool. 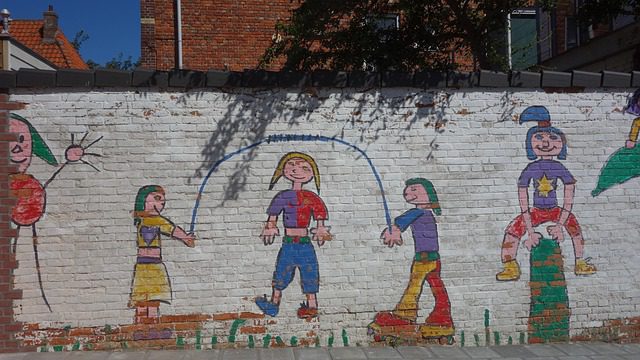 Thing is, it was offensive in a totally innocuous way that would be lost on most kids. ( You know, normal kids who aren’t getting liberal indoctrination at home… )

Kids who “have black friends,” who would never on purpose say a hurtful thing about a classmate, who have no awareness that some of their friends and classmates might be undocumented, or have parents who are undocumented. But they sing this cute little song at school … Where did they hear it?

At home. Of course, I doubt they heard the song itself at home; I can’t imagine some grandpa in a MAGA hat teaching this particular brand of rhyme to his granddaughter while they do yard work on a Saturday morning … I couldn’t tell you where on earth they learned such a song, but I can tell you the sentiment that makes it okay comes from home. And is as mainstream American as too many choices in the cereal aisle.


They’re hearing the nationalist, anti-immigrant rhetoric at home. They’re hearing it at the dinner table, in the car, or from one end of a parent’s phone conversation. They’re hearing Fox News sound bites in the background. And you better believe, they are looking over shoulders to see what adults are posting on social media.

I know my kids are.

This kind of coded hate speech has become so common that our children are singing about it on the playground.

I told her thanks for sharing, and that she was right: She should never repeat it again.

Then I emailed the school guidance counselor (who I know to be a powerful presence in advocating for an environment of support, respect and kindness); I let her know to keep an ear out for this garbage—which is mainstream enough for the playground. But certainly not contained there.

And also, I voted. Hope you did, too. The kids are watching. 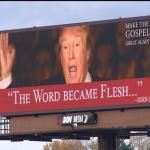 November 5, 2018
Trump as Messiah: The Billboard Is Gone, But the Sentiment Remains
Next Post 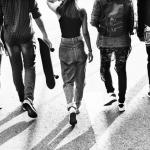 November 7, 2018 Women in the House: Progress Comes in Steps, Not Waves
Recent Comments
0 | Leave a Comment
Browse Our Archives
Follow Us!