The Keys to Life: And the Gift of an Empty Keychain

A big move always means a reckoning with your stuff. Sifting through years (whether four or 40) of everyday life accumulated in drawers, boxes, bags, cabinets, closets, garage bins … mercy. The things we carry. You have to fess up to owning too much, it’s almost an inevitability. You recognize that nearly half the stuff in your living space is garbage. Some of us may even realize that, I don’t know, we can fill an entire box with nothing but black jackets; so not only do we have too much stuff but maybe we should branch out a bit in the style department. Just saying.

There’s the angst of “how much money did I spend, all-told, on this Stuff I Don’t Need,” and then there is the toll it takes on the body to physically manage all of one’s belongings. There’s the sudden panic: Is one U-Haul really going to take care of this business, or will we end up leaving half on the curb and hoping that some broke college kids will think they’ve struck gold? And then you find yourself thinking, “Would it really be the worst thing to not take ANY of this with me, and why not just light a match to the whole thing, but for the fact that insurance fraud is generally, you know, frowned upon?”

If you’ve ever moved, you’ve been there. Whether across town or across several state lines, any new start means taking stock of what you’ve accumulated, and weighing what goes and what stays. Or rather … what stays and what comes with you. In the spirit of Marie Kondo, “What sparks joy?” You know what Marie, my coffee pot sparks joy. My underwire bras do not. And yet, both are coming with me, because there are some things we need even if we don’t want them.

I like to think that I am intentional and discerning about both spending and accumulation. I like to think of myself as someone who lives simply, who doesn’t get over-attached to material things. But then there is that whole box of black jackets and, dammit, I have to acknowledge that I’m a mere mortal after all. Moving is tedious, exhausting, physical and emotional labor.

But it can also mean a profound lightening of the load. And nowhere is that truth more evident right now than on my nearly empty keychain.

I remember this from the last time I moved (five years ago—Phoenix to Kansas City) but I find it just as striking: Nothing makes moving day feel more real than feeling your keychain get gradually lighter. This thing that you carry with you every day, literally everywhere … You know the weight of it like you know your own body. It holds, not your physical things that will soon be on a truck, but your physical places. Places that will soon be someone else’s.

Places you can’t take with you.

In my Phoenix life, people used to joke that I had “janitor keys.” Multiple keys to church: sanctuary, office, fellowship hall, some random storage closet somewhere. Then I had my house key. Two keychains (who remembers why). A mailbox key. My car key, the spare key to my husband’s car. And then, my gym card, my grocery card, my library card … You know the drill. It was a hefty accessory.

In my more recent job, I had, blessedly, ONE magical key for the whole dang church facility. A master key. It even sounds powerful. Then I still had a house key, a car key, and the whole grocery/gym/library card situation. Multiple grocery stores even.

In the midst of reckoning with all of one’s physical possessions, there is some kind of freedom in the gradual laying down of the keys; those symbols of not just “stuff” but also connections to physical places. Connections, attachments and the responsibilities that come with owning a key to anything.

This lightening of the load is also a passing of the torch. Or maybe a gifting of the burden? The key that opened my church will soon open it for another; the key that unlocked my own front door will be the way home in somebody else’s pocket. It’s a weight when you carry it, and a freedom when you don’t.

Which is to say, the near-empty keychain is the most apt metaphor imaginable for liminal space. You only get to feel that weightlessness a few times in your life. Right now, I have nothing but a key to my Honda; and a Betty Boop keychain that I bought in Monterey on my honeymoon — a ridiculous number of years ago. Betty has somehow, miraculously, survived eight moves. Eight house keys. Going on nine. 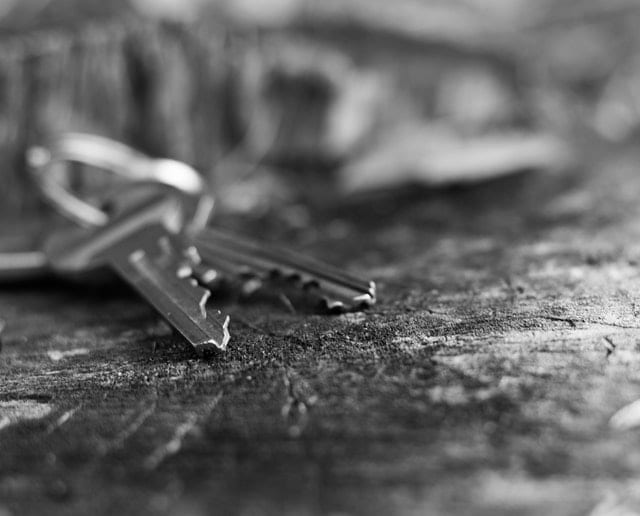 I don’t know how a person—or a marriage, or a career—survives that many transitions. And yet … maybe there’s something to be said for the spiritual exercise of all the sifting and sorting and taking stock, yet again. Maybe it’s the work of laying down and picking up again that keeps us moving. The occasional letting go that teaches us what’s worth holding onto—and what we never really let go.

Of course, the freedom of that empty keychain that lasts about five minutes. This time next week, I’ll have another house; another grocery card; a new gym, library, mailbox. But you’d better believe Betty—perched provocatively atop a Route 66 sign—will still be with me.

I realize now that the title of this post is somewhat misleading. It implies I might unlock some profound truth of the universe, the key to life itself. I wish I knew. All I can tell you is, sometimes the things we carry weigh us down. They are attachments, for better or worse. But they also tell the story of where we belong; where we’ve been; who we are; and most importantly, the ways that are made open to us when we live fully and deeply and connect with what’s around us. The weight of what we carry—on a keychain or otherwise — that weight tells us that we have loved and been loved in a certain place. And the absence of that weight, when we lay it down, tells us the same. And somehow, the emptiness and openness together unlock the goodness of life itself. 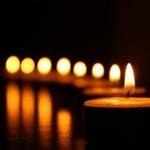 February 1, 2019
Worshipful Living: How a Church in the Netherlands Prayed Away Deportation
Next Post 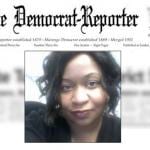