Reclaiming the Language of Faith: Beyond Sound Bites To The Better Way of Jesus

Reclaiming the Language of Faith: Beyond Sound Bites To The Better Way of Jesus July 12, 2020 Erin Wathen

Pre-quarantine, I would go to the gym and marvel at the enormous, competing T.V. screens that covered the walls. Two news networks on adjacent screens would be covering the same story–but with very different headlines, different villains/heroes, and at the core, competing interpretations of truth.

It’s a difficult time to be the Church. At the same time, it’s more important than ever for people of faith to speak faithfully on the things that divide us. Because ultimately, these are not political issues at all: they are faith issues that have been politicized.

I’ve found making this distinction to be a helpful beginning when approaching difficult subjects in the life of the church. Whether we’re talking about economic justice, welcoming refugees, racial and gender equality, LGBTQ inclusion or creation care– some of the issues most critical to our faith have been reduced to quotable, partisan soundbites.

When the Church can’t talk about poverty without somebody crying “politics,” our message has been hijacked. 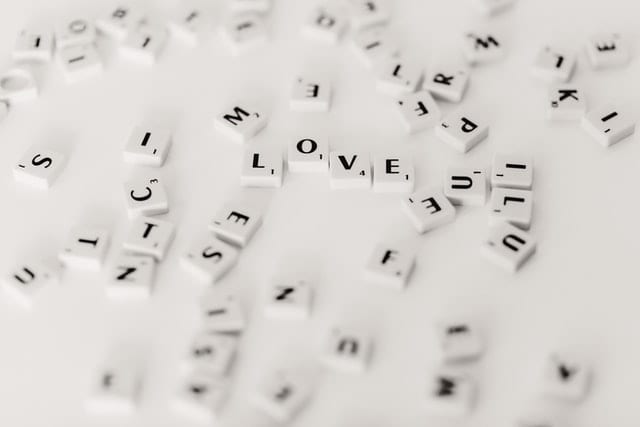 These hottest of hot-button political issues are not just politics. Politics become policies that affect the most vulnerable people in our community and world. And there is a clear gospel directive for the church to speak prophetically on behalf of those who suffer the most from the death-dealing systems of empire.

And so, leadership in these times is about getting beyond the sound bites. Digging deeper, and addressing the issues from the context of the gospel. When it comes to the most difficult and divisive subjects, faith leaders need to reclaim the language of faith; not the language of major news outlets–or the political leaders that most profit from public outrage.

I recognize this is more easily said than done. Even when leaders speak faithfully about a social issue without ever naming a political party or elected official, we all know the code words, right? At this point, we all know the sound bites well enough –the powers of association are so strong, the connection between certain talking points and certain parties, leaders and ideological camps cannot be avoided. But here again, what that tells us is that issues deeply important to the life of faith have been co-opted by political discourse. How do we reclaim critical convos as the purview of the faith community, without further driving a wedge between those who bristle at the very mention of words like “justice,” “equality,” or — somehow– “peace?”

Practically speaking, the work of bringing people together is about creating spaces: sacred spaces for worship that take us outside of ourselves; shared spaces for education and dialogue that build relationships while also helping us to grow, both spiritually and in worldview; and spaces to serve in the wider community. Getting beyond the walls of the church and connecting the congregation with neighbors who may not look like us, takes the “political issues” out of the frame of nebulous, hypothetical ‘other,’ and into a simple question of: who is my neighbor?

While the Church’s ability to ‘connect’ in physical spaces right now may be limited by pandemic conditions, our capacity to think beyond the walls has expanded exponentially in recent days. How can we leverage the freedom of no longer being so attached to buildings, in order to break some of our most divisive conversations into new territory?

As we locate and create new spaces for dialogue and experience, can we also grow the capacity to hear opposing viewpoints with grace and compassion, while also examining the biases and privilege that we all carry? The digital reformation that the church has experienced during this pandemic has created more spaces than ever for people to dialogue across all sorts of boundaries that previously seemed unbreachable.

In spaces of relationship, learning, community and praise, we begin to deconstruct the things that divide us, and unite around common values and vision.

Church-as-we-know-it is at a very real crossroads right now. As our marginalized brothers and sisters ask to be heard, valued, and given equal opportunity, the Church that chooses comfort and complicity over true gospel transformation is bound to drown in its irrelevance. While we’ve had a few good decades of being able to “agree to disagree,” it’s becoming clear those days are behind us. While we don’t have to agree on everything– politically, theologically or otherwise– in order to be the Church together, we can no longer choose to avoid difficult topics that might make folks uncomfortable, just because political tensions are high and the church wants to stay neutral.

These are not political issues– they are gospel issues that have been politicized.

In reclaiming the Church’s authority to speak on important matters of human dignity, there is difficult work ahead. But we have to talk about hard things if we are going to move beyond surface relationships and status quo.

There is no easy way.

But, there is always another way.

Our two-party system would have us believe there are only two ways. The TV screens at my gym say the same. But here is what we know, if we follow Jesus– there is a third way. It is the way of Jesus. It is the way of flipping the script; rejecting easy answers in favor of more questions; the way of humility and grace; the way of being transformed in relationship, and by the gospel itself.

The language of the gospel is at our disposal, when we are ready to do the work of getting past the sound bites. That language includes words like “justice” that have been deemed taboo in polite company in recent years. That gospel language tells stories of radical healing in inclusive community, and bears witness to the power of calling in those who’ve been cast out. The language of that gospel turns over some tables every now and then.

The language of faith names the sins of the empire– and makes no apologies for nudging folks out of comfortable assumptions.

As disciples of Jesus, we know that our faith cannot be reduced to two networks on the screen, or two boxes on the ballot. Faithful living cannot be contained in a sound bite.  And no political party owns the rights to discourse on difficult human issues.

I’m not advocating that the Church jump into the political fray and throw out all boundaries of church and state. I’m naming the reality that our faith has been politicized, more often than the church has gotten political. The language of a few network news outlets has been used to polarize and further divide us. It’s time to reclaim the language of faith for the work of the gospel, and elevate our discourse to something that doesn’t mirror the toxic, two-party system that has rendered us silent on all matters of substance.

Issues of our deepest humanity are not so binary. The way of transformation is long and difficult; but it is more life-giving than we can imagine.

July 11, 2020
Economy or Empire? What We Build Next Starts With Schools
Next Post 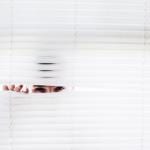