The Privilege of Denial

The longer it takes for people to admit this thing is real, the farther reaching the damage will be.

The longer it takes for people to accept their own role in this reality, and accept some accountability for stopping its spread, the more people will die.

As long as those who have not suffered the symptoms can flatly ignore the disease, we are nowhere near a cure.

Actually– slow that roll a minute. I’m talking about both. Because there are some striking parallels between those who refuse to mask up, who call the whole thing a hoax, who continue to gather in large crowds; and those who insist that “All Lives Matter,” that racism does not exist in 2020, and that they, themselves, have no implicit bias that affects their worldview or behavior.

All of these folks end up being asymptomatic carriers of an ill that costs countless lives; because their privilege allows them to deny the suffering of others. 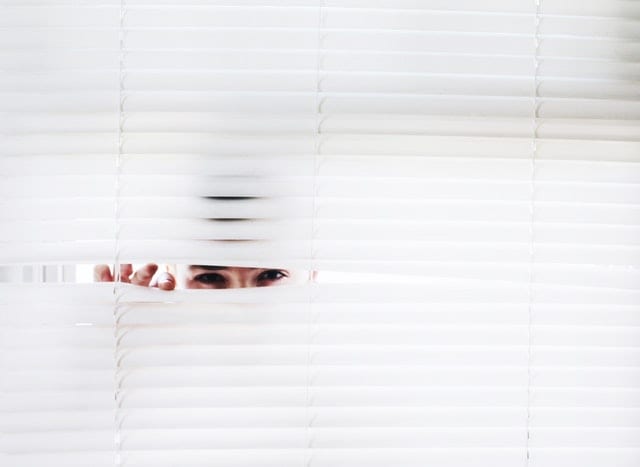 I like to think of myself as pretty woke. I like to think that I am educated about racism, that I have recognized and reckoned with my own privilege, and continue to work on myself accordingly– in everything from what I read to how I lead. But every day, I learn something that I didn’t know before about the experiences of people of color. And I cringe at how I could have been allowed to not know that thing.

But then, I run into another white person who not only doesn’t know that thing– but has no sense of curiosity or accountability to know the thing; or any of the other things we need to know before we can start being part of the solution and not contributing to the spread of the problem.

Many have pointed out that the pandemic is similar to racism in the ways it permeates and persists, in spite of efforts to contain it. But racism is similar to the pandemic in another primary way — both are spread, in large part, by willful ignorance. And it takes an extraordinary level of privilege (and effort) to stay ignorant of both realities.

In either case, you can only deny the truth if you’ve never had to suffer from it.

At the heart of both issues lies a common factor: a failure of empathy; and a refusal to witness a struggle we have never had to experience for ourselves. It indicates an ability craft one’s own narrative in order to preserve the level of comfort to which we’ve become accustomed. In order to stop the spread of disease, we have to give up some personal freedoms. (I mean, not really–that’s just the talking point. But still). Those accustomed to going wherever they want, and doing whatever they want much of the time do not take kindly to being asked to stay home, or cover their faces, or restrict themselves in other ways that might keep others safe.

Understanding and ending racism requires some less tangible practices, but the spirit of the thing is the same– we have to take a step back from our usual rhythms and practices if we want to be a part of changing things. But there is one big difference in how we tackle a literal disease and how we approach the disease of inequality– in regards to the pandemic, at least, the narrative is beginning to shift. Perhaps it’s too little too late, but the partisan sniping is winding down as leaders on both sides of the aisle start masking up. Large businesses (Wal-Mart!) are starting to require face coverings at locations nationwide. The ill has been acknowledged, and measures are being taken.

I’m beginning to see a smattering of stories in my newsfeed about people who took no precautions, heeded none of the warnings, and then got sick, or infected their family members. They are sharing their experience as a way of hopefully saving others some of their pain. They testify that “this suffering is real. Do what you can to prevent it.”

I don’t wish sickness on anyone, and I hate that it has to come to this for so many. But the growing shared experience of this disease is beginning to turn the tide, however slowly. As more people experience the pain for themselves, more people are willing to do what it takes to spare others.

But racism is different. If you’re a white person, you are never going to experience the level of pain that our brothers and sisters of color experience in this country. You are never going to know about the missed opportunities, the fear, the feelings of invisibility, or the fall-out of being on the losing side of generational wealth and privilege for centuries. You have to actively choose to put your privilege aside and want to learn about these realities.

I know that white folks in America right now are in all different places when it comes to recognizing our privilege and reckoning with our role in the current inequality crisis. I also realize that we do not all agree about the best way to make change. But I’m struggling mightily these days with those who continue to adamantly deny that we even have a problem– those who will not hold space for experience outside their own. This innocuous brand of racism is possibly the most dangerous of all right now: because you can’t fight it if you can’t see it.

The most basic commandment to “love your neighbor as yourself” requires that you possess a measure of empathy; the capacity to believe your neighbor’s story when they tell you they’re hurting. Our faith demands that we cultivate a compassionate imagination, one that can grasp an experience beyond our own. I don’t know that this is a thing that can be taught; but perhaps it can be modeled.

We’ve heard the stories of those who denied the reality of COVID-19 until it happened to them. They see differently now (if they survived). What I’d love to hear are some testimonies from white folks who could not grasp the realities of racism until some tangible something opened their eyes. What was that thing? When was that moment? How did you finally step out of your own long-centered comfort enough to witness the suffering of your neighbor? I’m literally asking. I’d love to hear your experience. I think those of us trying to learn and lead right now could benefit greatly from your story.

In the recent crisis of a pandemic and in the ongoing crisis of racism in America, there are some deeply entrenched narratives in play that are hard to unwind. But those narratives are not unrelated; in both kinds of contagion, those least likely to experience suffering are those most likely to perpetuate it. There’s no easy answer, but I do know this: for white people with the privilege to ignore certain hardships, it’s time to take the mask off of our eyes and put it over our mouths. In more ways than one.

July 12, 2020
Reclaiming the Language of Faith: Beyond Sound Bites To The Better Way of Jesus
Next Post

August 9, 2020 Church Deserts: And the Unique Opportunity of Online Community
Recent Comments
0 | Leave a Comment
"When the United States began, most patriots considered their patriotism in relationship to their home ..."
Caliban Whose Flag Do You Carry?
"All peace and joy on your journey!"
Patrick Along For The Ride
"I'm sorry to hear about your daughter. It's heartbreaking to hear of a parent burying ..."
Cynthia 10 Ways to Care for Someone ..."
""I'm so very sorry/I'm so sorry for your loss," sincerely meant, is actually enough...no religious ..."
J.D. 10 Ways to Care for Someone ..."
Browse Our Archives
Related posts from Irreverin