What is Most "Fundamental" in Salvation?: A Problem in Theological Debates

What is Most "Fundamental" in Salvation?: A Problem in Theological Debates February 20, 2013 Jackson Wu

Theological debates are often fueled by a lack of clarity about both the terms we use and the question being answered. 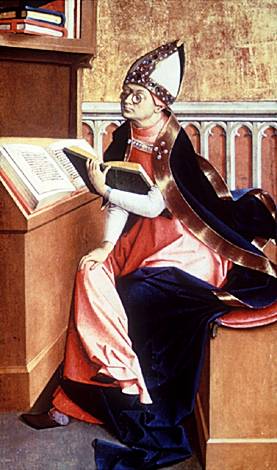 Consider the doctrines related to salvation. Much of evangelical theology focuses on mechanism (how salvation works) rather than teleology (why God saves). One group of people speaks about the parts that make the whole work. For example, forgiveness is an essential component to salvation. Another camps focuses on God’s end goals––for example, we could mention Gods glory and new creation. What results? People hit an impasse as to what is most “fundamental” in theology debates (e.g. atonement theories, guilt/shame . . . ).

How do we define what is “fundamental”? By a thing’s parts or by its purpose? From different perspectives, answers can vary according to the context of the conversation. By recognizing the distinction highlighted here, people can better interpret Scripture and maintain unity across theological traditions.

Look at the following verses and ask yourself what is most fundamental?

“You who boast in the law dishonor God by breaking the law. For, as it is written, ‘The name of God is blasphemed among the Gentiles because of you.’” (ESV)

What is the most fundamental human problem mentioned here? It is easy to simply say “sin,” but the word is not mentioned here and giving that answer dodges the questions a bit. Is “law” or “honor” the primary category of describing the error committed by these people? In Western theology, sin is primarily regarded as an infraction of God’s law.

However, notice here that “breaking the law” is a prepositional phrase that expresses a means/method. The main problem is that these people “dishonor God.” (The verb “boast” is not the verb of the sentence, as it functions to clarify the subject of the sentence.) This interpretation is confirmed by Rom 2:24 which support v. 23 with a Scripture citation, “For, as it is written . . . .” The issue in v. 24 is that “The name of God is blasphemed . . . .” Again, the issue is not merely transgressing a legal standard. It is bringing shame upon God’s name.

“But you are a chosen race, a royal priesthood, a holy nation, a people for his own possession, that you may proclaim the excellencies of him who called you out of darkness into his marvelous light.” (ESV)

Peter intermingles multiple images when he describes God’s people, like “chosen race,” “royal,” “priesthood,” “holy nation,” etc. In addition to using varied metaphors, the entire verse draws from many Old Testament passages, which means that the metaphors carry the added significance derived from their Old Testament context. How easy is it to emphasize one aspect over another?

Which is most fundamental?

This is not always a helpful question.

Western thinking is characterized by analysis such that one breaks a thing into its irreducible parts. A “thing” is categorized according to its own inherent traits (as we see them), separated from its context. Therefore, if people had a carrot, a pineapple, and a rabbit, then Westerners tend to lump the carrot and pineapple together since they are “foods,” even though, relationally speaking, a carrot and rabbit may be a more natural fit.

When we label something as being “most fundamental,” we need to define our terms. This is not so obvious a classification as one might think. We have to admit our assumptions so as not to argue past one another. Depending on perspective and context, multiple things could be “most fundamental.”

February 20, 2013
What have you been reading recently?
Next Post

February 22, 2013 the future of the global church is open
Recent Comments
0 | Leave a Comment
"Thanks for letting me know! I just fixed it."
Jackson Wu Is Church Planting a Biblical Mandate?
"That's 2 minutes I'll never get back. Political gibberish with no spiritual basis. Who selects ..."
Ray Laws are needed for those who ..."
"The great lie in CRT is that there is one white culture and one black ..."
Roger McKinney Approaching Wokeness with Generosity
"There is also the message that everyone should be excommunicated that doesnt agree with my ..."
Raymond SubChristian Caricatures of Wokeness
Browse Our Archives
get the latest from
Jackson Wu
Sign up for our newsletter
POPULAR AT PATHEOS Evangelical
1

Evangelical
The Stigma and Shame of COVID-19 around the...
Jackson Wu
TRENDING AT PATHEOS Evangelical

Where is the Wisdom from Above?
I've been working through James again, a very timely discourse in this...
view all Evangelical blogs
What Are Your Thoughts?leave a comment
Copyright 2008-2020, Patheos. All rights reserved.