Legalism is an Honor Shame Problem 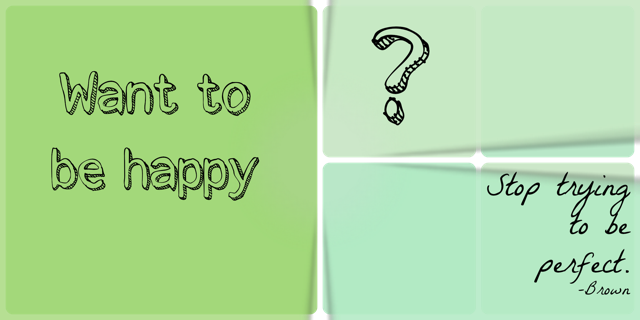 Legalism is an honor-shame problem. Why? Consider what Brene Brown says in her incisive article “Want to Be Happy? Stop Trying to be Perfect.”

“Why, when we know that there’s no such thing as perfect, do most of us spend an incredible amount of time and energy trying to be everything to everyone? Is it that we really admire perfection? No––the truth is that we are actually drawn to people who are real and down-to-earth. We love authenticity and we know that life is messy and imperfect.

We get sucked into perfection for one very simple reason: We believe perfection will protect us. Perfectionism is the belief that if we live perfect, look perfect, and act perfect, we can minimize or avoid the pain of blame, judgment, and shame.

We all need to feel worthy of love and belonging, and our worthiness is on the line when we feel like we are never ___ enough (you can fill in the blank: thin, beautiful, smart, extraordinary, talented, popular, promoted, admired, accomplished).”

Brown not only offers profound insight for understanding the perfectionist; her comments are quite applicable to the legalist.

To be clear, I need to define my terms. “Legalism,” in a Christian context, generally refers to the idea that one can do good works or obey the law in order to secure God’s favor or gain salvation. When people use phrases like “earn salvation,” they are talking about legalism.

Let me summarize my big point:

Legalists fixate on rules (“law keeping”) out of fear of being excluded or rejected by those with whom they have relationship. Otherwise stated, what people call “legalism” is simply an attempt to protect themselves from shame.

This post is mostly concerned with the thinking behind legalism. Nevertheless, a few passages may help to orient honor/shame within what is traditionally viewed as a “legalistic context.” I don’t think the best reading of Romans is the traditional one, wherein the Jews are described as legalists trying to merit their salvation. Although there may be some of that present, I don’t think it’s primary.

However, I’ll cite the following verses from Romans and Galatians for the sake of those who disagree with me and insist that Paul is confronting works-righteousness (of the legalistic sort).

Romans 2:17, 28–29, “But if you call yourself a Jew and rely on the law and boast in God . . . For no one is a Jew who is merely one outwardly, nor is circumcision outward and physical. But a Jew is one inwardly, and circumcision is a matter of the heart, by the Spirit, not by the letter. His praise is not from man but from God.

In Galatians 4:17, Paul speaks about those who are threatening the gospel: “They make much of you, but for no good purpose. They want to shut you out, that you may make much of them.” (ESV).

In these passages, the zeal for honor drives their so-called legalism.

How does the fear of shame drive people to rule keeping?

When people do “bad things,” they may feel guilt and/or they could feel shame. Both guilt and shame carry with them the fear of punishment. This may come in the form of physical or financial pain; however, exclusion is another consequence of bad action. One may be willing to endure all sorts of individual trials just so long as they do not feel rejected, marginalized, mocked, or hated by those with whom they relate, admire, or love.

To put it another way, a person’s fear of judgment is not always about individual or physical pain. Often, judgment is issued through shaming the “offender.”

Conscience is our heart’s sensitivity to relational norms, in keeping with the group of people with whom we identify. Our conscience can malfunction, accusing us of wrong when in fact we’ve done nothing wrong. It may simply be that the rules of our group are off. Accordingly, we may break the norms of our family and so “feel guilty,” even though we’ve not actually dishonored God.

The opposite phenomenon is also possible. People may not know/think they have done wrong until others find them out. In this case, a person may not think it a big deal until they are reminded of their error by the presence of the group. What happens when a person’s conscience is seared, unable to feel right conviction? That person has grown so sensitive to standards shared by a godless community.

We can also understand the relationship between guilt and shame by relating works and identity. I offer a few summary points. In many ways, each point is a restatement of the others but from a different perspective.

1. Our sense of identity is proven by our deeds. They cannot be separated.

2. Our actions show either who we want to be or who we see ourselves to be. We do in order to be.

This is more fundamental than simply “How should I live?” Western Christians fight against legalism in the church, yet this may not get to the heart of the matter. To the question, “How does one get saved?” people preach that salvation is by faith not works of the law. That is fine.

However, simply talking about “how” we are saved does not address the fundamental question of “who” we are. People do what they do in order to be who they want to be. The legalist is not ultimately driven by the zeal to conform to arbitrary moral abstractions. The legalist “does” because (s)he wants to “belong.”

However, simply talking about “what” works Jesus has done is not enough. We must explain “who” he is. That is the bottom line of the gospel. Many people died on crosses. Many people in history have done good works. We don’t merely preach his works; we preach who Jesus is––the king of the world. Works serve the particular purpose of bringing honor to who Jesus is.

Shame is expressed via rejection and exclusion. In order to avoid shame, people respond in a few ways.

1. They join or form groups that resemble oneself (relative honor)

2. They change to fit a group (relative honor)

3. They live as hypocrites, belonging to multiple contrasting groups. Their deeds don’t match their claimed identity.

4. They seek to achieve “success” (defined by their community).

6. They seek religious solutions. This may take two forms. First, a person might fashion a god after one’s own likeness so that this god validates one’s own glory. Second, people deny God entirely. In short, people choose idolatry and atheism.

Each “solution” is an attempt to shift what is deemed honorable or shameful. In every case, a person is seeking either to gain honor/face or protect against shame. The first five responses could be placed on a spectrum, beginning with “ascribed honor” and ending at #5 with “achieved honor.”

To put it another way, a person choosing #1–2 tries to get recognition by their being similar to others in their group. Those who use methods #3–4 use “works” to gain approval. These works distinguish them as individuals from the ordinary people in their community. Honor comes through being different in a good way.

Even in the most individualistic, religious sense, the legalist desires to be considered worthy/valuable by God. He or she is not merely trying to balance abstract points on a divine accountant’s spreadsheet. More typical, however, is that we simply shift our court of opinion to others who act as our fundamental god. We collapse human and divine systems of right/wrong and honor/shame.

How do these responses manifest?

Overwork, social media, greeting “busy,” slave to time/schedule, measure success empirically, spending habits, education, titles, style/appearance, over-control, anger, making comparisons, and sexual activity. After an experience with pornography, one remembers that s/he is still alone and the Internet has once again failed to satisfy. One is ashamed to be deceived yet again.

Because of the fear of shame, we have an aversion to vulnerability. (Brene Brown has spoken and written extensively on this point. Check out her blog for some of her work.)

Therefore, we become enslaved as we enter into a constant cycle of promise-failure-disappointment (idols and goals do not satisfy or alleviate fear/debt). Security and one’s sense of worth seem so near but always out of grasp.

1. Whose opinion do you care about? Who do you want to approve of you? By the way, if you say, “No one,” that simply means you care about everyone’s opinion.

2. Why them? What promise does holding out to us (even if it’s implicit)?

3. What do you have to do to get their approval?

February 22, 2013
the future of the global church is open
Next Post