Are Missionaries Ashamed of the Language of Paul's Gospel?

I teach Romans in Chinese. It’s painful sometimes. Don’t misunderstand me. I love Romans. Much of my PhD research focused on this book. Why then can it be hard to teach? 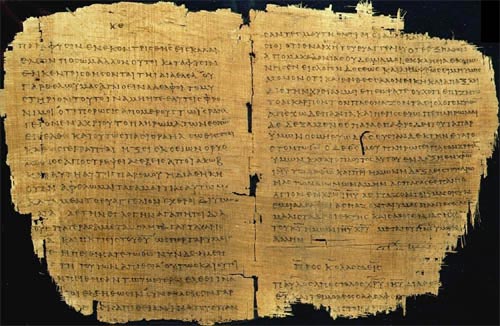 The most prominent translation in China, the HeHeBen (和合本), literally deletes an overwhelmingly large number of the logical words Paul put in the original text. People are sensitive to interpretations and translations that add to the original text; however, I have heard little to no complaints by people about what the Chinese Bible takes out of the original text.

There’s a problem because….

For the sake of illustration, I calculated problematic verses in chapters 1–11 of Romans. Below are verses that do not translate the Greek words for “because” or “for,” such as διοτι, γαρ.

These verses actually translate “for/because” with the opposite meaning “therefore”:

These verses translate “for/because” with 原来 or 原, which in modern China does not mean “because” and instead means “originally” or “it turns out.”

The following verses do not translate at all the Greek words for “then” and “therefore,” like (διο, ουν,αρα).

Let me give some background. Everyone who has lived in China and learned the language knows that Chinese speakers are not like those who used biblical Greek. Logical words do indeed exist. The problem is not Mandarin itself. Of course, responsibility first rests on the original translators.

However, contemporary Christian leaders do contribute to the problem when they do nothing to counteract the problem in their teaching. As an example, think about the typical training a missionary from the United States receives from a seminary. Of course, I don’t have statistics but I think it’s quite safe to say that most missionaries don’t have a seminary degree, like an MDiv. If they have attended seminary, they almost certainly did not study Greek and Hebrew as would a student in the fields of New Testament, Old Testament, and theology. In addition, how many missionaries are proficient in theological Chinese? I don’t need to belabor this point. Not many at all.

What happens then when a typical missionary attempts to teach the Bible, particularly a book like Romans? He or she neither knows the biblical languages nor has a firm grasp of the local language when it comes to Scripture. How is s/he to identify ambiguities or mistranslations? Not only this, how could missionaries ever hope to teach the national believer to interpret Scripture?

Although the local pastor may not know Greek and Hebrew, one would at least expect the local translation of the Bible to include critical words like “because” and “therefore.” This is not asking too much. These are neither “heady” nor “technical” words. Inevitably, what will end up happening? The average Western missionary, who thinks himself pretty familiar with Romans, could assume too much and simply assert interpretations without proof. After all, how well can we defend interpretations of certain passages when we can’t see the flow and connections between verses in key passages?

Consider the dense arguments in the following sections, which omit logical words:

The most significant debate among New Testament and theology scholars over the past 30 years has been over the “New Perspective on Paul,” which focuses a lot on Romans. How could a Chinese pastor ever hope to keep up with this discussion?

More to the heart of things, how can we ever hope for Chinese church leaders to self-theologize when those who train them have not trained themselves in critical matters of theology and language, whether the biblical languages or the local language?

March 4, 2013
The Virtue of Education in the East and West
Next Post 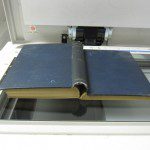 Evangelical
God’s mission is a symphony, not a solo
Jackson Wu
TRENDING AT PATHEOS Evangelical