The Dangers of Being an Evangelical Missiologist

The Dangers of Being an Evangelical Missiologist May 13, 2013 Jackson Wu

I once had a good friend jokingly say, “I can’t tell if you are a liberal or a fundamentalist.” I think that is one of the nicest things someone could say to an evangelical.

The Protestant Reformation happened in part due to Catholics’ overemphasis on tradition, which had come to trump Scripture as the church’s functional authority. However, we are not for that reason immune to the same tendency. 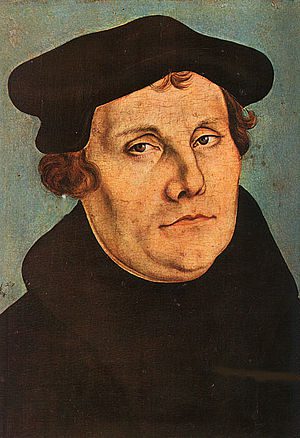 This is one way some denominations sustain their existence. Everyone within the group expects everyone else to hold certain views, yet many of these ideas are not necessarily clear in Scripture. Yet, if one dares to cross the line and question traditional assumptions, people almost begin doubting your salvation. Think what people would have said in years past if you challenged the primacy of the King James Bible or doubted a literal 7-day, 24 hour, young earth creation account. You would have been branded a “liberal.” In many evangelical circles, people would be more offended if another Christian supports Obama as president than when certain Christian musicians are accused of modalism (a heresy most people don’t know about but which was condemned in early church councils).

This is a human tendency, one of which we are guilty. We make judgments based on association and on whether someone conforms to the group. This is simply classic collectivistic thinking built into humans. However, we have to consider how this gets in the way of good theological and missiological thinking.

When you criticize those you respect or admire, the “good guys” within your theological camp, people automatically assume that you completely reject what they have to say. They then become concerned about what your theology “may lead to.” I see this line of thinking often when evangelicals critique books–they don’t necessary wrestle with the exegesis and arguments, but rather say that are afraid that someone could misuse the book’s teaching. The problem is that people can even misuse the fact that God is love.

We can’t do theology out of fear.

I spent a disproportionate amount of time on chapter two of my book because I was aware of these dynamics. It is easy to be misunderstood when you call certain assumptions into question. Others assume they already know where your going with this or that sentence when in fact you want to take the conversation in another direction. Quoting a “liberal” or a “fringe evangelical” makes people wonder if you support their entire way of thinking.

Therefore, the first major chapter of my book, Saving God’s Face, has a key role in the overall argument of the book. It is easily the most provocative chapter. In some ways, it is also the most carefully nuanced section of the book. The latter half is more abstract but it is far from mere abstraction.

The first big question I deal with is whether evangelicals should assume the gospel.

Should Evangelicals Assume the Gospel?

I examine what I consider a problem within evangelicalism, particularly significant for missiological thinking. I suggest that because people too often “assume the gospel,” evangelicals have been slow to make more progress with respect to contextualization. (To be clear, I affirm there is one gospel (Gal 1). I have written an entire article on this point and how to contextualize it.)

By assuming the gospel, we essentially beg the question about what contextualization means.

It’s not so much that all evangelical thinkers are “wrong” as much as many common views are just too limited. They are incomplete and need further developing.

The dangers of being an evangelical missiologists are many. For one, it is easy to fall into the trap of either-or thinking. Something is either completely true or completely false. Second, if your ideas challenge certain fundamental assumptions, you will be looked at with suspicion. For the sake of the nations and the truth of God’s word, we have to rethink these tendencies.

I primarily write for and critique evangelical thinking precisely because I think evangelicals are key to the well-being of God’s church and his mission in the world.

Are there other issues that you find that you or others use as a litmus test but which is not an over essential to the faith? 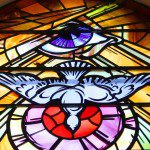 May 9, 2013
God’s Attributes Are Not Unique to Him
Next Post

May 15, 2013 Missiology or Theology? Crossing Academic Cultures for the Sake of the Nations
Recent Comments
0 | Leave a Comment
"Thank you for this article. Good points. However, I agree with Arthur C. Brooks, who ..."
Salvatore Anthony Luiso Civility is a Life and Death ..."
"Thank you for this article. When I lived in the Netherlands in the late 1990s, ..."
Salvatore Anthony Luiso Yes, we stereotype. So now what?
"You gave me a point for my farewell sermon Sunday: complementary ministries. It is the ..."
Shannon R Separating for the Sake of Church ..."
"I plan to treat myself to the book for my birthday next month, but I ..."
NorrinRadd Is biblical womanhood an example of ..."
Browse Our Archives
get the latest from
Jackson Wu
Sign up for our newsletter
POPULAR AT PATHEOS Evangelical
1

The Real Reason Why Scandinavians Are...
Cranach
Books by This Author Books by Jackson Wu