Who Should Read "Saving God's Face"?

Is “Saving God’s Face” a book that only “scholars” will understand? 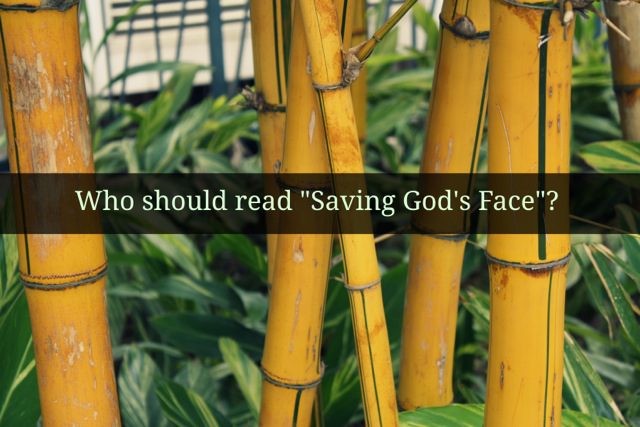 That doesn’t mean everyone will understand every argument being made. What it does mean is that there is a substantial amount of material that I think anyone could benefit from. Although the book was originally defended as a dissertation, there are definite reasons it is not merely for “scholars.” I’ll mention two.

(By the way, next week, I begin a four-week series that includes my giving away a lot of Kindle books.)

1. I purposely wrote the book in order to address a number of practical problems that arise in multiple contexts.

Honor-shame is not a “China” issue. Many people recognize that honor-shame cultures are prominent in Asia, not just East Asia. However, it has become abundantly obvious to me that honor and shame are quite misunderstood by most Westerners; consequently, people don’t realize that honor-shame is a human issue. We may not use that sort of language, but it’s there anyway.

Simple experience first forced me to take notice how important it is for us to take seriously the influence of culture on our theology and ministry, especially when it comes to preaching the gospel. Just for a moment, consider the possibility that most of traditional theology has been done through a narrow cultural sphere. That doesn’t make it wrong by any means. However, what might be not be seeing.

How might our cultural limitations also be hindering our fruitfulness for the glory of Christ?

2. The book was intentionally written in such a way that it could benefit a spectrum of rather different people.

At the level of content, consider the main subjects of the main chapters: contextualization, Chinese culture, honor-shame & face (in anthropology, China, the Ancient Near East, and the Bible), and the doctrine of salvation (with particular focus on the atonement and justification). Most people who read from one section probably do not read much from the other sections. Even within the chapter on salvation, I purposely varied my approach between a “systematic” and a “biblical/exegetical” approach.

Stylistically, I wrote the chapters to match the content. The middle chapters are read with greater fluidity that the first and last chapters. The simply reason is that the questions being discussed are different.

I have had multiple college students read the chapters on Chinese culture, Honor-shame, and Face. Although they had no graduate level training, they had no problems in understanding it. The last big chapter requires one to be as rigorous as the “professional” theologian. This means that the discussion can get technical in spots.

The opening chapter required my greatest attention at the very end of the process. It probably contains some of the more provocative sections, yet the latter portion of the chapter outlines a method of contextualization, which may be a bit abstract for some people unfamiliar with the topic of contextualization.

This book is written for Christians concerned with understanding the biblical meaning of salvation and with reaching the nations for the sake of Christ. These are not small concerns. This means facing some big questions. That requires we broaden ourselves and engage in discussions with people and ideas unlike our own. During the writing process, I constantly found myself challenged by people very much unlike myself and with whom I disagree on countless issues. I’m grateful for the dialogue.

May 15, 2013
Missiology or Theology? Crossing Academic Cultures for the Sake of the Nations
Next Post 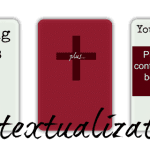 May 20, 2013 Week 1 of Book Giveaway
Recent Comments
0 | Leave a Comment
Browse Our Archives
get the latest from
Jackson Wu
Sign up for our newsletter
POPULAR AT PATHEOS Evangelical
1