Chinese people have a hard time understanding what is meant by the word “sin.” 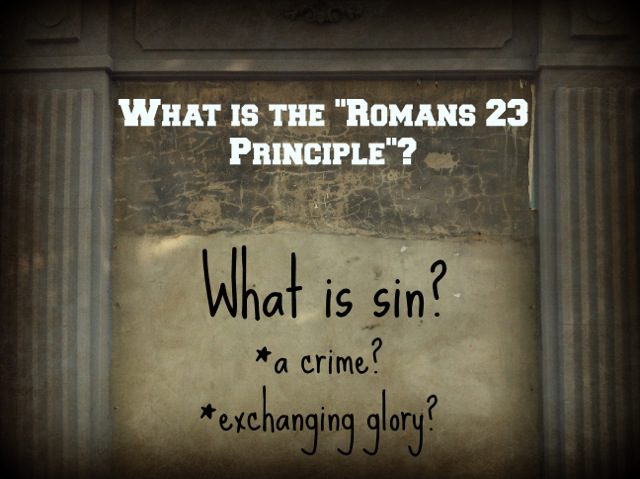 How Does Romans Define Sin?

This observation is what first inspired me to do my theological research. So, this many years later, what do I have to say about it? Well, for a fuller explanation, read Saving God’s Face.

For now, I’ll review an observation I’m mentioned before. In China, the word for sin (zuì, 罪) literally means “crime.” This obviously creates confusion for these millions of people who don’t come from a Christianized culture like those in the West. Calling people “criminals” makes as much sense as calling everyone ballerinas.

Of course, Western Christians have for a long time defined “sin” as breaking God’s law. This almost conventional explanation comes from a certain reading of Romans that generalizes the Mosaic Law to entail “law” in general. This has had an unfortunate consequence.

Westerners have used a much broader concept of “law” (e.g. human moral law) to define “sin.” At the level of metaphor, that’s fine. However, at the level of biblical interpretation, it has meant we read past a variety of verses that explicitly emphasize other metaphors.

Therefore, when I began my research, I said to myself, “If people can see that honor-shame is a pervasive theme in Romans, then the book cannot be used to over-emphasize law at the expense of all other themes.” In this post, I want to show a little bit of Paul’s honor-shame thinking in the book of Romans.

What is the “Romans 23 Principle”?

We can explain sin by using honor and shame because of what I call the “Romans 23 principle.”

Paul explains “sin” (i.e. wrongdoing, unrighteous, disobedience, etc.) really clearly in 3 places: Romans 1:23, 2:23, and 3:23. The context around these verses is confirming, so I have including some of the surrounding verses.

“For although they knew God, they did not honor him as God or give thanks to him, but they became futile in their thinking, and their foolish hearts were darkened. 22 Claiming to be wise, they became fools, 23 and exchanged the glory of the immortal God for images resembling mortal man and birds and animals and creeping things. 24 Therefore God gave them up in the lusts of their hearts to impurity, to the dishonoring of their bodies among themselves, 25 because they exchanged the truth about God for a lie and worshiped and served the creature rather than the Creator, who is blessed forever! Amen.”

Christians often explain “unrighteousness” (from Rom 1:18) in terms of law-breaking. Maybe some other text supports that idea, but it’s not here. Significantly, Paul never once mentions “law” in chapter 1. Instead, he says the human problem is this: we have exchanged God’s glory for the glory of created things. In this way, we dishonor God and each other.

“23 You who boast in the law dishonor God by breaking the law. 24 For, as it is written, ‘The name of God is blasphemed among the Gentiles because of you.’”

This passage is tremendously important for the present discussion. Elsewhere I’ve commented on this passage.

“The main (and only) Greek verb in v. 23 is “dishonor” (ἀτιμαζεις). A preposition conveys the means, “by breaking the law.” . . . Law is a means to (dis)honor. That is, the main action is indicated by the lone verb “dishonor,” expressed by the verbal noun “breaking the law.” The ground clause in v. 24 highlights honor-shame as the central concern (not law). In Rom 1:18–32, Paul describes unrighteousness in HS terms not in legal language. Sin is fundamentally a lack of glory (Rom 3:23). Sin is not glorifying to God because it does not express trust in him (cf. Rom 4:20; 14:23). The point can be missed that sin is not merely a matter of “law” breaking; the aim of obedience is honoring God” (Saving God’s Face, 183, 240).

(For those who want to nitpick my Greek, I’m not counting “boast” in my verb count since it is a part of the subject. Paul constructs his sentence such that the subject of the sentence (“You who boast in the law ”) does only one action described by a verb (“dishonor”).

Little needs to be said about this famous but overlooked verse.

So, if you want to explain sin the way Paul does, I recommend using honor-shame. If you want an easy way to remember key verses in Romans, just keep in mind the “Romans 23 Principle”–––

These say everything you need. 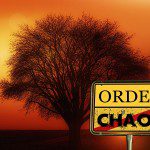 What I Learned from Designing Women...
Anxious Bench
Books by This Author Books by Jackson Wu