Why suspended professor says, “We worship the same God.”

Christianity Today reports that Wheaton suspended a teacher, Larycia Alaine Hawkins, for her explanation as to why she is wearing a hijab during Advent season. She said,

“I stand in religious solidarity with Muslims because they, like me, a Christian, are people of the book. And as Pope Francis stated last week, we worship the same God.”

Wheaton said their actions are

“in response to significant questions regarding the theological implications of statements that [Hawkins] made about the relationship of Christianity to Islam.”

People have long debated whether Muslims and Christians worship the same God. Significant Christian leaders have disagreed; usually those who think we worship the same God have nuanced answers. For example, see Miroslav Volf’s comments, who writes, “The referent is the same. The description of God is partly different.”

The debate persists for various reasons. For instance, Hawkins has said,

Because Hawkins and others want to express love and recognize our common Creator (cf. Acts 17), they conclude that we worship the same God, whose image we bear.

Others of course make historical arguments, since Islam was highly influenced by Jews and Christians in its early formation. To some degree, most Muslims honor the Bible and claim there is only one God. Thus, if both Christians and Muslims worship one God, it must be the same God.

How do we sort this out?

Do Christians and Muslims Worship the Same God?

In effect, I think this may be what is going on, or at least it may be a way forward.

Muslims and Christians refer to the same “type of Being” (the one true God who has revealed himself in history). However, the precise description of this “god” differs far too radically between Christians and Muslims to be reckoned the same and only true God.

Fundamental distinctions exists (not mere details), such as the deity of Christ and the way of salvation. The fact that each group claims similar historical truths (e.g. originating from Abraham, etc.) is inconsequential. 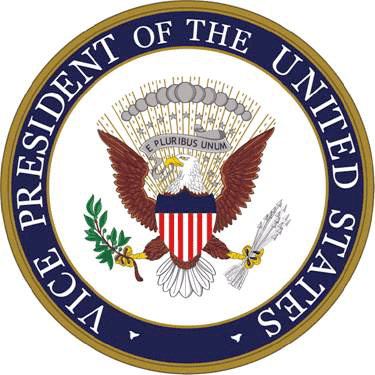 By analogy, two people can refer to the same office or position, e.g. the President of the United States. However, they may specifically refer to two different presidents entirely. Perhaps, they have similarities between them, such as gender, education, state of birth, etc; yet, that doesn’t make them the same person.

Of course, I’m not saying there are multiple gods who rule in succession. The point is that both Christians and Muslims affirm one supreme divine Being (God) who acts in history. However, the specific being who actually exists as the one true God differs dramatically between the two groups.

A major part of this debate concerns language. Let me illustrate. It dawned on me that the Bible presents us with a passage that can create similar confusion.

In 2 Sam 7:13–14, God makes a covenant with David, promising that his offspring would rule forever.

He shall build a house for my name, and I will establish the throne of his kingdom forever.  I will be to him a father, and he shall be to me a son. When he commits iniquity, I will discipline him with the rod of men, with the stripes of the sons of men,

Ultimately, this is fulfilled in Christ. Yet, a natural question arises. If Christ is final referent (cf. Rom 1:2–4; 2 Tim 2:8; Acts 13:32–36), then why does God say, “When he commits iniquity, I will discipline him with the rod of men, with the stripes of the sons of men”? Isn’t Christ sinless?

In fact, “David’s offspring” more broadly refers to those descendants who would succeed him on the throne. Immediately, this refers to Solomon. Ultimately, Christ fulfills the promise.

For all those who came before Christ, whether Solomon, Hezekiah, etc., sin was a present reality that plagued their lives. In various ways, including exile, the Lord did indeed disciple David’s offspring because of his (their) sin.

A Biblical Way of Talking about God

Hawkins and others don’t always consider the theological importance of our language. She settled for superficial ways of talking about about important truths, including monotheism. She is not alone. How many pastors and missionaries write off theologians who are concerned about “nuance” and “head knowledge.” Therefore, they lack the perspective to consider the implications of our words. Yes, we might affirm a number of true truths but ultimately undermine what is most fundamental.

Let’s actually look to Scripture not only for theological ideas but also for ways of talking about those ideas.

In so doing, we will not compromise the gospel by settling for truth. Sometimes, we need to take a step back and consider how we are using language. This is another reason why biblical theology is important, as one sees how certain ideas and words are used in context across the grand Story of Scripture. 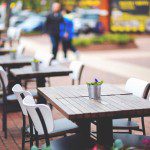 December 16, 2015
We marry better than we evangelize
Next Post

December 21, 2015 Is there room to disagree about Adam?
Recent Comments
0 | Leave a Comment
Browse Our Archives
get the latest updates from
Jackson Wu
and the Patheos
Evangelical
Channel
POPULAR AT PATHEOS Evangelical
1

Announcing...Living the King Jesus Gospel (A...
Crux Sola: Formed by Scripture to Live like Christ
Books by This Author Books by Jackson Wu