Saved By Grace? Which Kind?

The following few posts typify what I hope this blog will accomplish. I want us to be doing theology while thinking mission.

Sadly, there is a large chasm between missiology and theology. An editor once told me bluntly, “Missionaries don’t read theology.” Many would probably say something similar about theologians not reading missiology.

In that spirit, I want to introduce and then begin to apply John Barclay’s paradigm-shifting book Paul and the Gift. Barclay is one of the foremost New Testament theologians in the world. His recent work is a major contribution to our understanding of “grace” in the Bible and the ancient Roman-Greek (including Jewish) world.

In this mini-series, we will begin to consider a few implications of his work for theology and missiology. I will first introduce you to his Barclay’s key idea. In my next post, I’ll show why it matters for our teaching and theology. Finally, my third post will reflect on its significance for a Chinese (East Asian) context.

WHAT KIND OF GRACE?

We are saved by grace but what kind of grace?

According to Barclay, there are six “perfections” or facets of grace. For various reasons, we tend to be sensitive only to a few of them. The result is that people tend to talk right past one another, often accusing others of error and heresy when in fact they may simply emphasize one aspect of grace over another.

It can be difficult to keep straight the terminology he uses for the six “perfections” of grace. So, after first using his terms, I’ll give an explanation with alternative ways of recalling their meaning. I’ll suggest words to use in Chinese as well for those who might benefit from them.

This perfection is about the gift (i.e. grace) itself. It refers to the abundance, permanence, or lavishness of the gift.

This facet concerns the giver. “Singularity” describes the fact that the giver offers grace by virtue of his own benevolence or goodness, not out of some external compulsion. Perhaps, we could use the word “free” or “freedom” (自由) for simplicity. I think of Rom 9–11 for example where God’s grace and freedom intertwined.

This dimension of “grace” also concerns the giver, who first takes the initiative to give a gift. His gift-giving is not in response to the recipient’s request. The term “priority” (优先) is not bad, but some might instead prefer to use “initiative” (主动).

The final three largely defined in relation to the recipient. The “efficacy” of grace is “that which fully achieves what it was designed to do” (73). Even if there is a human agent, God’s grace has “efficacy” if it ultimately brings about the planned benefit (whether it be birth of children, rescue from death, a new heart, etc.).

I like the term “efficacy” but someone might prefer 效果 to emphasize the effect or result itself.

Barclay focuses on this aspect of grace more than others when interpreting Paul. Unfortunately, “congruence” is not a word most of us use outside of math class. Barclay says, “a perfect gift could be figured as one without condition, that is, without regard to the worth of the recipient” (72–73).

An easier term might be “unworthiness” (不赔得 or something similar). The emphasis lies in the unworthiness of the recipient. I purposely do not use “unconditional” (没有条件) nor “unearned” (不赚得的). The reasons are explained below and in the next post.

Barclay’s comments about this this last perfection of grace will seem scandalous to many. Grace is “non-circular” if a gift is given without the expectation that the recipient with reciprocate in some way. Since the Reformation, Christians have increasingly stressed that grace “free” in that it has “no strings attached.” I’ve translated is as “non-reciprocity” or “non-reciprocal.”

This was not a common conception of perfect gifts in antiquity. Gifts were distinguishable from loans or market transactions by the fact that no return could be demanded or enforced, but they were not detached from every notion of exchange or return; indeed, they could fulfill their function as gifts only if they were not unilateral. (74)

Barclay explains some historical reasons that most people today are unaware of this typical view of grace (gifts) in the ancient world. In short, when the Reformers fought against the practice of indulgences, many Protestants over-corrected by denying that God’s grace place any expectation upon the believer, whether worship, obedience, etc.

I do not intend to offer a thorough theological review of the book. Rather, I will seek to tease out some theological implications and missiological applications.

In brief, this is how he presents his argument. In the first half of the book, Barclay masterfully reviews a spectrum of ancient writers who wrote about grace. He further traces how the concept has been understood throughout church history up to the modern day. Finally, the second part of the book applies his insights to the book of Romans and Galatians.

For those of you who want to dig more into the detail, others have written the most extensive reviews of Paul and the Gift (e.g. here, here, and here). 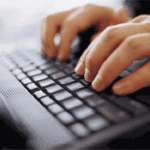