Learning from the Past: Language Study

Today’s guest post comes from ANDREW T. KAISER, PhD, author of Voices from the Past and The Rushing on of the Purposes of God, has been living in Shanxi with his family since 1997, serving the people of the province through professional work and public benefit projects.

The past is a laboratory for testing new ideas and methods, a convenient way to explore different options in cross-cultural service. This conviction rests behind my recently published book, The Rushing on of the Purposes of God: Christian Missions in Shanxi since 1876. In researching the way expatriate women, men, and children have lived and worked in China over the last 150 years, I encountered a surprising number of instances—such as the challenges of language learning—where the past and present meet. 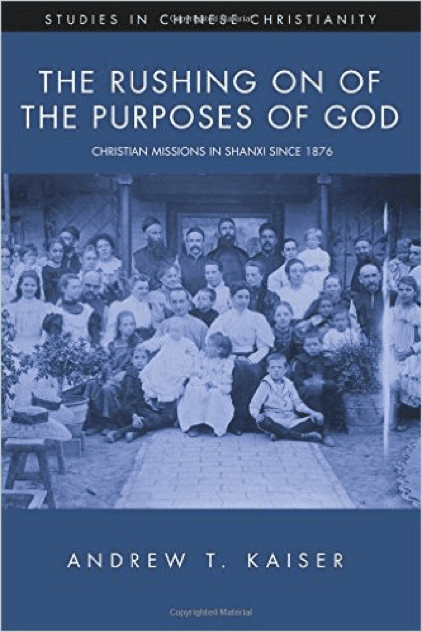 These days it is exceedingly popular to bring western pastors to China to provide various trainings through translators.  This is not the time or the place to share stories, but translation is always a meager substitute for direct communication—especially when the ideas being translated are new.

Looking back to the early days of the China mission, translation was recognized early on as a vastly inferior substitute to direct communication in the heart language of the local community. The only things that have changed today are that traveling to and from China is far easier, and we are now even less willing to invest the time and sweat necessary to master another language. This kind of “cheap” ministry, however, fails to do the gospel justice.

Despite recent advances in curriculum and language teaching methodology, learning Chinese is still a labor measured in years with some students never achieving their goals. In fact, wise students avoid the “f-word” (fluency) altogether, setting for themselves the more modest goal of competency.

Even still, the difficulties are real, as recognized by cross-cultural workers throughout history.  William Milne, one of the greatest of the early China linguists, wrote,

“To acquire the Chinese [language] is a work for men with bodies of brass, lungs of steel, heads of oak, hands of spring-steel, eyes of eagles, hearts of apostles, memories of angels, and lives of Methuselah!”[1]

CIM worker Archibald Glover struggled to continue with his studies while on his new field in Lu’an, Shanxi. Although he had recently graduated from the CIM language school in Anqing, Anhui, learning Chinese wasn’t easy for Glover.

At times, his frustration caused him to lash out, seeking someone or something to blame other than himself for his own perfectly natural weaknesses. He explained in an 1898 letter to his parents,

One of the strange effects of Chinese upon me is to make me overwhelmingly sleepy as a listener. It is a sore trial to me at the services. The strain of attempting to follow the speaker through a long and quickly spoken address is too much for me, and, ere long, I find myself tumbling over. I believe Satan has more to do with it than might be imagined. In fact the language was made by Satan, doubtless, for it is one of the greatest stumbling blocks to the gospel.[2]

Not everyone was comfortable making excuses for poor linguistic performance: some sought to avoid the task altogether.

In the 1880s, one famous group of young missionaries, eager to escape the tiresome burden of language study, decided upon a “more biblical” way of acquiring language. C. T. Studd and the Polhill-Turner brothers, three of the famous Cambridge Seven, set aside their language textbooks while on the river ride to their first station in Hanzhong. They devoted themselves to praying for the Pentecostal gift of tongues. Once on station, they persuaded others to join them until after several months of prayer and no evidence of progress. Finally, they admitted their mistake and returned to the books.[3]

Since then, little has changed. While some students today may find language study enjoyable, no student can expect to progress without hard work. At the end of the day, real linguistic competency comes through perseverance and effort—regardless of circumstances. And the temptation to avoid work is as real today as it was 150 years ago.

Good language skills, however, remain every bit as important to effective ministry.  Linguistic competency allows you not only to communicate clearly but also to understand better the environment around you. And the more you understand, the more opportunities you will have to speak and act effectively in that environment.

[1] Andrew T. Kaiser, Voices from the Past: Historical Reflections on Christian Missions in China (CreateSpace, 2016), 7. 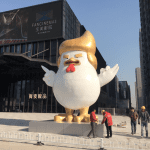