Today’s guest post comes from Pastor Jeff Jackson is Director of Church Relations for Shepherd’s Staff Mission Facilitators.  He served in the U.S. Army, was a church planting missionary in SE Asia, planted a multi-ethnic church in San Diego, and has done extensive ministry with refugees that have been resettled in the Unites States.

Helping Americans understand that their culture is strongly individualistic (and guilt oriented) is fairly easy to do.  What is much more difficult is helping them understand that most of their new neighbors come from strongly collectivistic cultures (and therefore are honor-shame oriented).

As strange as it may sound, the U.S. military[1] provides a very effective illustration for helping Americans understand what a collectivistic culture is and how honor-shame dynamics influence almost every facet of a person’s life.

Below are four reasons we can say the U.S military has a collectivist culture.

Members of the group take an oath to obey their superiors, who ultimately obey the Commander-in-Chief.  They know their obedience is for the sake of a purpose larger than their own interests; and, it could cost them their lives. Regardless of education, social status, or monetary status, their shared values produce deep tethers of connection and a unique level of bonding with others who have sworn an oath of service.

One of the military’s primary purposes in basic training is to demolish a number of foundational American cultural values and then to instill collectivistic cultural values. These are essential for accomplishing the military’s basic mission.  From the first day of basic training forward, the root of hyper-individualism and its fruits, i.e., self-expression, self-fulfillment, and self-promotion, are methodically stripped away from recruits and then replaced.

Although recruits select an occupation within the military, they understand that their superiors reserve the right to move them into a role they didn’t select. If their superiors determine that the success of the mission is increased by moving them into a new role, they accept that new role. They are confident that doing so makes the mission more likely to be accomplished.

From day one, new recruits are reminded they belong to a group that requires inter-dependence if the mission is to be accomplished and as many lives as possible be preserved.  A transition is essential. One must shift from believing that dependence and interdependence are weaknesses to embracing them as virtues.

The Military is an Honor-Shame Culture

These 5 examples demonstrate the military is an honor-shame culture.

The military exists for a cause larger than the interests of individual members; therefore, honor is achieved through diligence, reliability, loyalty, obedience to order, and actions that risk personal safety for the good of others and the mission.  The honor system is taught to new members then caught as they serve in their daily life in the military.

An individual’s honor is visible through the symbols that declare one’s rank and time in service. They wear medals and ribbons, especially on their dress uniforms.  By addressing those of higher rank using their rank and last name, one acknowledges another person’s honor.  Referring to officers as “sir” or “ma’am”, saluting and standing at attention all manifest the military’s honor system. Also, every member wears a patch or medal that reveals their specific unit.

Once a member finishes training and joins a unit, he or she is ascribed the unit’s honor.  From that point onward, their attitude and behavior during both work hours and off-hours reflect on the honor of their unit.  Embracing this reality moves each member to a level of self-denial for the group’s honor; this attitude is the polar opposite of the American culture in which they were born and raised.

An individual can achieve varying levels and types of honor. Bravery on behalf of others tops the list. But when honor is must bestowed by others; it is never self-ascribed. Bestowing honor on yourself is shameful and dishonors the unit from which your identity is drawn. Although it’s uncomfortable for many recipients of special honor, it is important they wear the symbol of honor bestowed on them.

A person is shamed by either acting or not acting due to self-interest or self-preservation.  Shame is not just a subjective feeling; it’s an objective condition, such as when people receive public discipline or are demoted in rank. A person’s individual shame also diminishes the honor of their unit.

When we perceive the U.S. military has a collectivistic, H&S culture, our ability to understand and relate to people from other cultures will be enhanced. We will also have a little better grasp for why so many former military members struggle with picking up life again in the hyper-individualistic culture that permeates America.

And, hopefully, we will gain a fresh desire to show God’s love to former military members.

[1] I’m only referring to the cultural aspect of the U.S. military, not its destructive capacities nor to the recent implementation of cultural norms that have never been a part of military culture. 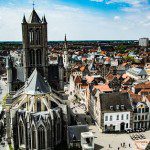 September 6, 2017
Assessing Theology from a Historical Perspective
Next Post 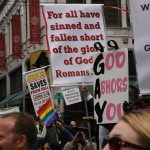 September 20, 2017 Identifying God’s Enemies and Ours
Recent Comments
0 | Leave a Comment
Browse Our Archives
get the latest updates from
Jackson Wu
and the Patheos
Evangelical
Channel
POPULAR AT PATHEOS Evangelical
1