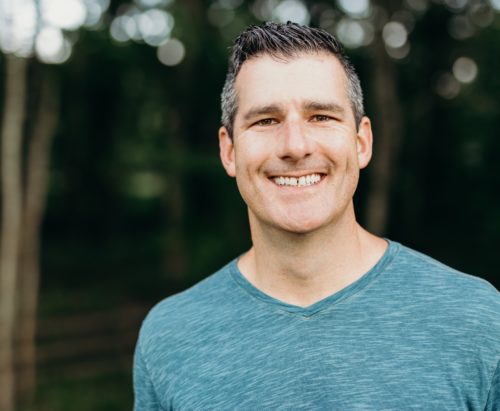 Few things are as tragic and ironic as the church’s response to Andy Savage’s sexual assault of Jules Woodson. She shares her story here and here, recounting in detail how Savage molested her 20 years ago when he was a youth pastor in Texas at Woodlands Parkway Baptist Church (now StoneBridge Church).

Did Churches Cover-up or Condone?

First, the pastors of the Woodlands Parkway Baptist Church are accused of covering up the assault. Woodson says,

Little did I know, the very people I was about to entrust to protect me and help me would not only victimize me all over again but would also engage in a cover up to protect my abuser and the image of the church.

She implicates the head pastor, Steve Bradley, and Larry Cotton, who now works with The Austin Stone.

I personally know well both of these pastors because I served at Woodlands Parkway Baptist Church shortly after Savage left his position. I met but did not know Andy Savage.

Second, when Savage publically confessed his guilt in a “sexual incident” (here, here), what did the world see? The congregation of Highland Point Church, where he is the teaching pastor, give Savage a standing ovation.

Did these churches cover-up or condone Savage’s assault?

Perception is difficult to pardon

On the one hand, Highland Point certainly does not condone Savage’s actions. The congregation simply intended to extend their love to Savage. But the watching world will find such grace incomprehensible. After Savage’s statement (see video below), another pastor added, “You don’t have to be against someone to be for someone.” In our day, few comprehend what this means in practice.

On the other hand, the response by my former pastors at Woodlands Parkway Baptist Church are more difficult to explain away. I want to first make a few comments about Larry Cotton.

Larry is a godly man of tremendous integrity. Knowing him as I do, I am certain he never intended to shame Jules into silence. I’m confident Larry grossly misjudged her comments when he asked her, “So you’re telling me you participated?” Without question, he made an error in judgment. This however does not warrant certain accusations being leveled against Larry. It’s easy for people to demonize a name on the web whom they do not know. (I cannot speak on behalf of other church leaders.)

The American social context was not always as it is today. Keep in mind that most schools spanked kids in the 1980s (and perhaps early 90’s). In the 1990s, few pastors saw the situation as a legal issue. According to the Christian Post,

Because Jules was 17 and the closeness of her relationship with Andy, Larry obviously suspected the interaction was more consensual than not. Furthermore, in southern church culture, such “family” matters were taken care up behind closed doors. I can only guess Larry didn’t know Savage’s actions were illegal given her age. Such laws received less public attention in those days.

To be clear, Larry was wrong. But motives matter and he did not try to “protect a predator” nor did he excuse Savage’s behavior. Simply because poor judgment had horrendous consequences does not imply he had evil intentions to condone a perpetrator or dismiss a victim.

(To repeat, I cannot speak to the intentions of other church leaders.)

Shame on Christ or just the church?

Nevertheless, we must recognize another dynamic that shaped the pastors’ response.

They wanted to save the church’s face. By preserving the church’s reputation, the pastors likely thought they were protecting Christ’s reputation. I suspect countless Christians similarly hold to this erroneous assumption. As a result, Jules was forced to bear years of shame in a misguided effort to preserve Christ’s honor.

Silence is not always sacred. Consider Eph 5:11, where Paul says,

Take no part in the unfruitful works of darkness, but instead expose them.

We often forget a fundamental truth of the gospel of grace. Our sin does not necessarily make Christ “lose face.” Rather, in order to exalt Christ, his people must “lose face.” If we are unwilling to confess our need, our sin, and our shame, then we tacitly suggest that we have little need of God. Christ only saves sinners. 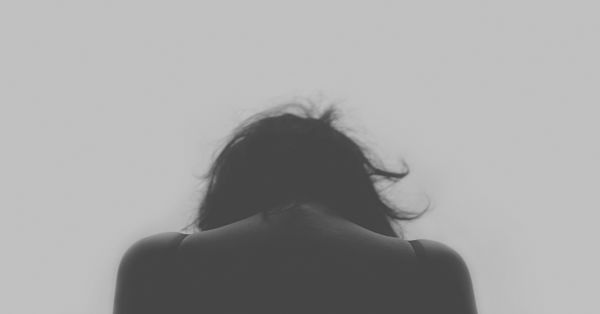 Sin itself does not glorify God, but our sin is the occasion in which God shows himself sufficient to overcome human depravity and brokenness.

Paul knew that people are prone to hide their sin for the sake of protecting reputations. Yet, he knew that open rebuke is better than hidden love (Prov 27:5). He writes about how churches should respond when elders sin:

Do not admit a charge against an elder except on the evidence of two or three witnesses. those who persist in sin, rebuke them in the presence of all, so that the rest may stand in fear. (1 Tim 5:19–20)

When I speak about honor and shame, I repeatedly hear the same objection. Christians tell me, “In honor-shame cultures, right and wrong are determined by whether other people know about a certain action.” Sadly, I cannot help but recall Paul’s words,

…you have no excuse, O man, every one of you who judges. For in passing judgment on another you condemn yourself, because you, the judge, practice the very same things. (Romans 2:1).

Why do I say that? This criticism overlooks the fact that sinful people everywhere are prone to remorse more when their sin is exposed; yet, their hearts can grow hardened when they think their sin is a secret. So, churches overlook how many decisions are about face-saving, not justice.

Woodlands Parkway Baptist Church gave Savage a send-off party when he left the church. In my view, this casts doubt on the facts of Savage’s statement. He says that he confessed his sin to church leadership “who [then] informed the congregation.”

Two things undermine this claim. First, the church would not have given him a happy send-off party. Second, I served at the church not long after his departure. No one seemed to know exactly why Andy left. It was rumored that he had a flirtatious relationship with a student, but no one knew details. 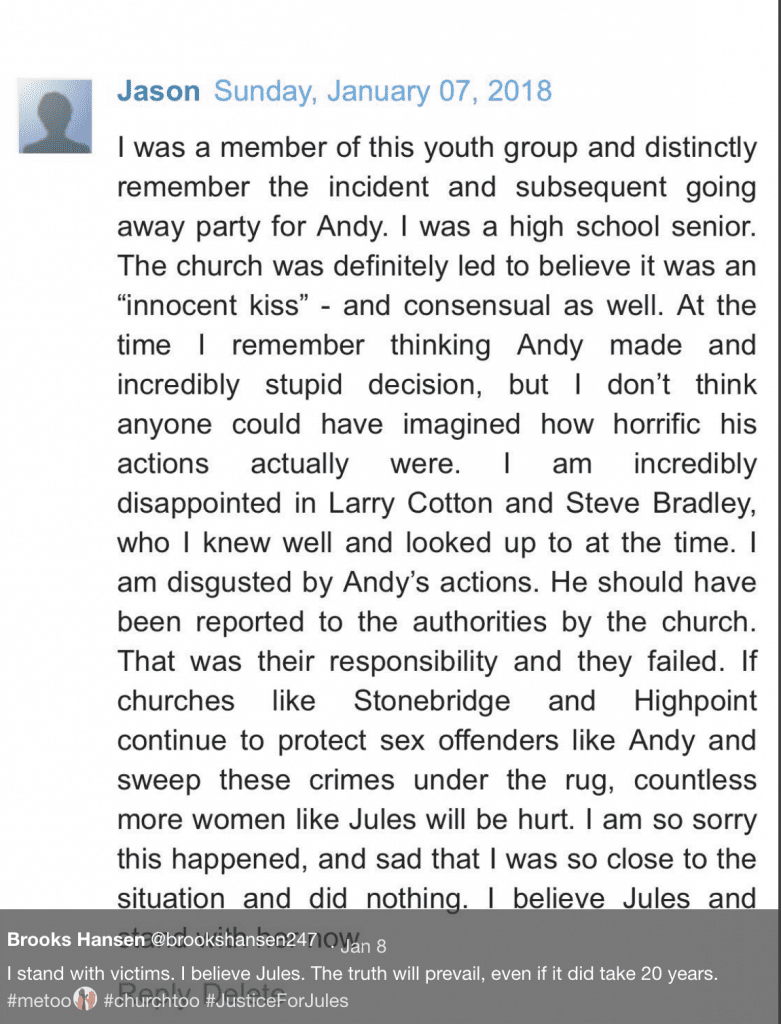 Justice … except when we lose face?

In reality, justice is not blind. It sees reality as it is. To act justly is to speak the truth and to make things right, even if it makes us lose face. If we refuse to accept this point, we should heed Jesus’ warning:

Beware of the leaven of the Pharisees, which is hypocrisy. 2 Nothing is covered up that will not be revealed, or hidden that will not be known. 3 Therefore whatever you have said in the dark shall be heard in the light, and what you have whispered in private rooms shall be proclaimed on the housetops. (Luke 12:1b–3)

Christians scream for justice yet think it right to hide our failings. I am saddened to confess that I am as guilty of this as the next person.

Confession does not remove consequences

Savage and others have repeatedly stated that he confessed and repented of his sin. We have not reasons to doubt his sincerity. However, confession does not remove the consequences of sin.

Paul’s admonition to handle things “in house” (1 Cor 5) did not concern a breach in the law. Savage says he “accepts responsibility.” God forgives our sin but not the government. No doubt, were it someone else and not a pastor, Christians would cry out for Savage to face the legal consequences.

As we grieve over these circumstances, may the church not be seen on the side of injustice as if they dismissed the seriousness of his actions. 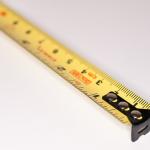 January 10, 2018
Five Problems with Dividing Training and Teaching
Next Post

January 16, 2018 We need more uncontroversial posts
Recent Comments
0 | Leave a Comment
Browse Our Archives
get the latest updates from
Jackson Wu
and the Patheos
Evangelical
Channel
POPULAR AT PATHEOS Evangelical
1