This guest post from Robert Strauss is part 1 of 3 in the series.

Reza Aslan’s recent history of Islam, No god but God, tells the story[1] of a train conductor confronting a young American couple on a coach bound from Casa Blanca on the Atlantic to the interior city of Marrakesh. The conductor, upset, speaks loudly in Arabic, falling at times in anger into his Berber dialect. Long an economic center in West Africa, Marrakesh dates from the Berber Empire. Its current population is about a million people.

Living now in California but from Iran, Aslan tells the story as a visitor in Morocco for several months. He is awakened out of a rumbling slumber by a thunderclap of conversation from the adjacent compartment, loud enough to penetrate the train’s roar. It sounds like a Moroccan authority reprimanding someone, asking for passports.

Aslan’s story goes something like this. Although I here reconstruct it from the conductor’s perspective, the essence of the story is true.[2]

The Conductor & the Couple

The conductor had seen the young couple enter Car 2’s first-class compartment just after 8 in the evening. The train would depart the Casa Voys station at 8:50, and after four stops would arrive in Marrakesh at midnight. Most passengers slept on this last run of the day. At first, the conductor did not know for sure but merely assumed the couple was American. Both were tall with long hair. The woman wore a long, thin skirt and a tank top. Her shoulders were bare. Her hair—blond, disheveled—was uncovered. They had backpacks. The man also carried a medium-sized box.

Settling into his seat, the young man opened the box. He pulled out several books. The conductor immediately recognized them—Christian Bibles. His fury was abrupt, at the proselytizing, of course, but at the couple’s apparel, too. They looked fresh from a nightclub. The foreigner handed a book each to his compartment companions, who graciously accepted. The conductor knew what to do but waited until the train was fully boarded. Mostly businessmen filled Car 2. Another man—a Persian?—caught the conductor’s eye. This man seemed to carry himself comfortably. Maybe he also spoke Arabic?

Shortly after departing Casa Blanca, the conductor confronted the couple. They had nestled in the corner of a seat near the window. Though the conductor knew some French, even a few words of English, he spoke to the foreigner in Moroccan Arabic. He knew he must be forceful and uninterrupted.

Flushed, the foreigner responded at first in French but quickly reverted to American English. The conductor knew it! They were Americans! He paid no attention to the foreigner’s responses. He fervently urged him to stop distributing material offensive to Allah. As the conductor admonished him, the American responded in defensive anger. The conductor demanded their passports.

The conductor had not noticed his flank, but promptly the Persian businessman was at his side, speaking Arabic softly. The Persian begged the conductor to understand. The foreign man and woman were married, he said. They were Americans. The Persian said that the man was attempting to tell the conductor that they were simply sleeping and meant no mischief. Indignant, the conductor countered, “This is not a nightclub!”

“TELL THIS MAN WE WERE SLEEPING!”

Again, the American nervously beseeched the businessman, “Will you please tell this man we were sleeping?” The young woman cried out in panic, and the American began taking out money to pay off the conductor so he would leave them be.

The Persian intervened once more and assured the conductor that he would stay with the American couple to make sure they did no further harm. With extreme reluctance, the conductor complied. In disgust, he walked away. But as he did, he turned and spat in English, “Christian!”

From a distance, the conductor saw the Persian businessman move into the compartment. He spoke with the American couple. They seemed to be sharing some explanation with him. What he could not hear was that they told the Persian they were missionaries enroute to the country of Western Sahara through Marrakesh. The box they brought was filled with New Testaments translated into Arabic.

They were distributing them on their way as a means of sharing their faith with the people of Morocco. They did not speak Arabic and only a few words of French. They intended to share the Gospel in Western Sahara, also a Muslim nation where Arabic and Berger were spoken.

The conductor turned away, revolted.

This is part 1 of 3 in the series. Part 2 ties together this story and the Great Commission community.

Robert Strauss is President of Worldview Resource Group, an organization that equips mission leaders in a story-based worldview approach to cross-cultural ministry. With a Doctorate of Missiology from Biola University’s School of Intercultural Studies, he is also a member of the International Academy for Intercultural Research. He is Lead Faculty in the College of Business and Economics at Regis University in Denver, Colorado.

[2] Retold with kind permission of Reza Aslan and Penguin Books. 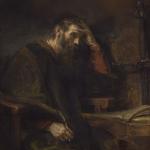 February 27, 2018 Awaken to the Cross-Cultural Context (by Robert Strauss)
Recent Comments
0 | Leave a Comment
Browse Our Archives
get the latest from
Jackson Wu
Sign up for our newsletter
POPULAR AT PATHEOS Evangelical
1