Most leadership training materials are written from an individualistic, Western perspective. Scholarly research typically focuses either on a Western context or is written for Western readers. This raises two questions.

What does this mean for training leaders in non-Western cultures?

How much more effective might Western missionaries be if they understood how to lead in a collectivist cultures?

Leadership is context dependent. Effective leadership is contingent on the people being led and the situation one faces. Certainly, various principles for leadership span cultural settings; however, they might be fewer than many people would expect.

Inside the Mind of Leaders

Leadership training requires more than acquiring information, although having knowledge is essential. If we want to learn how to lead in collectivist, honor-shame cultures, we’ll have to learn from one another. We will need to collaborate and share our experiences from across many contexts.

Even within East Asian contexts, leadership practices differ. For example, consider China, Korea, and Japan. Even though each society is marked by collectivist thinking, leaders think and behave in different ways. As one article aptly states, “collective leadership requires a collective identity.” Yet, not all collectivism is the same. I previously distinguished “categorical collectivism” from “relational collectivism.” How does leadership differ within both types of collectivism?

Larry Persons will help us think through these issues at the upcoming 2020 Honor-Shame Conference (@ Wheaton College). With over 35 years of experience living and working in Thailand, Larry is a leadership development expert specializing in multicultural contexts. His book The Way Thais Lead: Face as Social Capital is an excellent starting point for anyone thinking about the interaction between leadership and “face.” 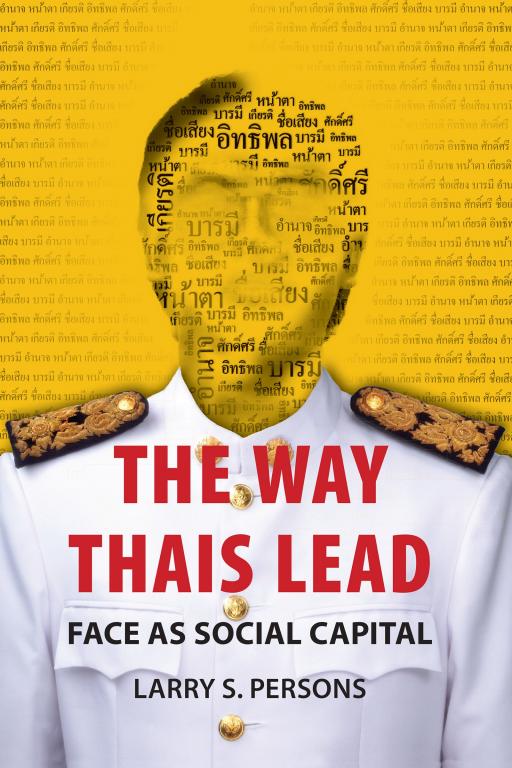 Persons’ insights help readers grasp the internal logic that characterizes leadership in many contexts. Like all forms of leadership, the perspective of leadership he profiles is a mixed bag. The point is not to idealize a certain view of leadership, but rather to understand it. His book is rich with insights and so I will share some of my favorites in topical clusters.

The Relationship Between Leadership & “Face”

But common people do not practice face maintenance to the same extent as those who have prestige. Leaders must maintain face to a far greater degree than their followers because they face greater consequences should they fail to do so. They control greater amounts of social capital. They simply have more to lose. “The higher you are, the more you have to exercise caution,” says a university professor. (Kindle Loc 1428-1430)

Having prestige can be burdensome. That’s a strange sentence to write, but it’s true. “Those without prestige experience a freedom,” says a community leader. “They can wear rubber slippers or torn shirts. But those with prestige—no way! They have to maintain their image because society has expectations about how people with ‘face-eyes’ should speak, dress, act, and be.” (Kindle Loc 1431-1434).

If leaders do not continually gain face, they can lose their capacity to lead. (Kindle Loc 1536-1537)

Leaders speak sparingly. They always watch their words. As we’ve already noted, misspeaking can damage their public acclaim. Even words spoken in jest can create problems if someone takes them seriously. Often leaders avoid making decisions on the spot because they fear making a mistake and losing face in front of others. (Kindle Loc 1440-1443).

One cannot merely put on a show, however. People doggedly monitor the generosity of their leaders. A decrease in a leader’s benevolence can lead to a decrease in his power over his entourage. Leaders at all levels of society must play the role of patron because being generous is one of the most common techniques for expanding power in Thai society. It is the primary reason why leaders must be so unflagging in their quests for financial resources. (Kindle Locations 1469-1472)

Kind acts of generosity often generate “feelings of loving indebtedness.”30 When pure bunkhun emerges in relationships, clients feel indebted but do not begrudge that indebtedness. Instead, warm feelings of connection surface to complete the bunkhun cycle. The recipient says, “Hey, this person was good to me. I want to reciprocate.” (Kindle Loc 1631-1635)

As you navigate relationships in Thai society, always remember: to accept a considerable act of generosity is to relinquish power to a patron. (Kindle Loc 1720-1721)

Many leaders in Thai society seem to embrace a standard of utter perfection. They feel that they must never—under any circumstance—appear weak, incompetent, misinformed, or at fault in any way. They deal with constant anxiety that their prestige will depreciate due to bungled self-presentations. (Kindle Loc 1489-1492).

To maintain this guise of perfection, leaders must embrace a level of hypocrisy. Especially when they harbor shameful secrets, they must put up a false front. “Part of maintaining face is lying,” states an office worker. “Lying to others and deceiving yourself. The most immoral thing is lying to yourself all the time.” (Kindle Loc 1497-1499).

Some leaders seek protection from face loss by denying others the right to criticize. Consider the wealthy prime minister who, when criticized by a prominent newspaper, threatened to buy a majority stock in the company. Such tactics often backfire, however, because members of the public tend to dislike leaders who care too much about face. (Kindle Loc 1531-1533)

Patrons demanded explicit compliance and faultless loyalty. At the same time, they provided clients with a valuable hedge of safety. (Kindle Loc 1612).

Rather than simply lording power over followers, leaders can choose to nurture warm relationships with them. It is an approach that preserves and perpetuates the bond between leader and follower. It lends longevity to relationships, and it also arouses a valuable sense of harmony in local collectives. (Kindle Loc 1715-1717).

Leaders who show little honor toward close subordinates operate on the premise that authority alone is enough to gain the cooperation of underlings. But let’s remember something enormously important about power in this paradigm of leadership. It is impermanent.

As long as a leader maintains his position of authority, subordinates will show him respect and endure his self-centered or unreasonable behavior. But this honorific behavior can fade very quickly after he exits from the position. (Kindle Loc 1803-1807)

These leaders tend to be respectful of close subordinates because their approach to power is founded upon mutual respect. They rarely assume a competitive attitude toward leaders directly below. They grant them the right to express opinions. They have no desire to gain face by erasing the “face-eyes” of subordinates. They view members of this group as worthy of honor, and they give them honor.

We have already learned that it can be dangerous for leaders to show honor to subordinates. After all, honor, when recognized by others, is a powerful “lifter.” In most circles of society there is such stiff competition for face—such fierce battles for limited resources and titles—that leaders do not dare to support the successes of their close subordinates.

Yet leaders with moral strength consistently give honor to their associates. This extraordinary behavior demonstrates a commendable amount of trust in their associates, as well as a sense of security in their own treasures of social capital.

“The more his subordinates grow beyond where he is, the happier he is, because his foundation is goodness,” claims a religious leader.

Here are the words of a community leader who appears to have embraced this paradigm of power. “When we give honor to those worthy of honor, we don’t need to anticipate what we’ll receive in exchange,” he says. “Yet the truth is this. He who consistently gives honor to others is likely to receive honor in return. He who consistently tries to take honor away from others consistently loses honor.”

Leaders with moral strength accurately weigh the true merit of each person in their inner circle. They intentionally protect the “face-eyes” of close subordinates, showing more deference to their face than leaders in the other two paradigms. (Kindle Loc 1969-1984)

To join Larry Persons and others at the 2020 Honor-Shame Conference, click here.

For related resources concerning leadership in honor, shame, and collectivist cultures, check out the following:

January 15, 2020
Honor, Shame and Hospitality when Christ is King
Next Post

January 28, 2020 China’s “Biblical” Appeal to Shame Against the Coronavirus
Recent Comments
0 | Leave a Comment
Browse Our Archives
Follow Us!

9 Hymns for Those Struggling with...
Ponder Anew
Books by This Author Books by Jackson Wu 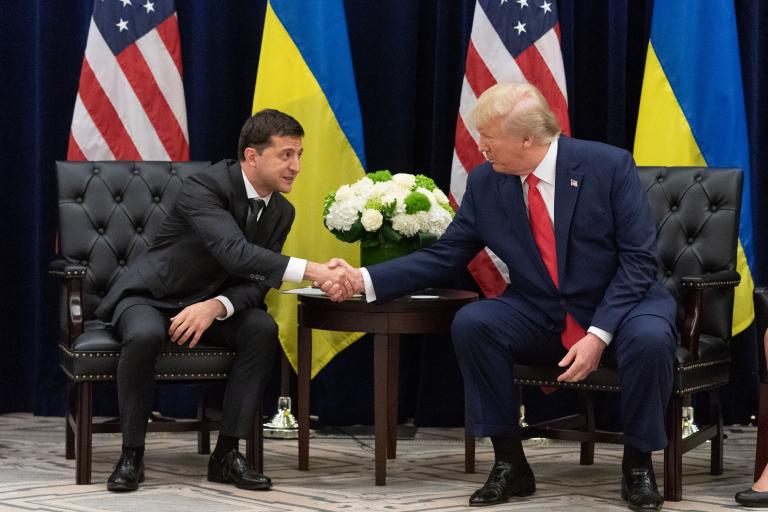 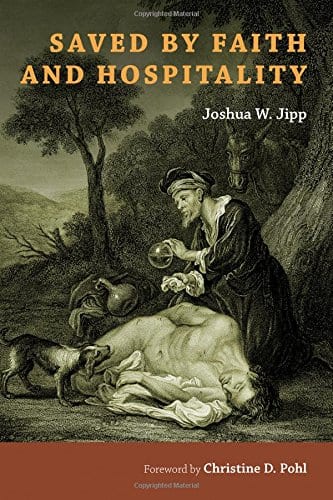