God’s mission is a symphony, not a solo

By their own admission, neither Michael Goheen nor Jim Mullins know much about music. That didn’t stop them from naming their recent book The Symphony of Mission.

The title is apt for a couple of reasons. First, God’s mission is akin to a symphony, having multiple parts coordinated in harmony for the flourishment of God’s good world. Second, each individual has a role to play and cannot expect to produce an entire symphony on one’s own. We’re mere soloists contributing to the concert of creation.

Equipping the Church in 3 Ways

In The Symphony of Mission, Goheen and Mullins equip the church in three ways. In light of Jim’s story (explained here in the first post), they help readers understand the scope of God’s mission, identify the focus on mission, and highlight a few ways to intentionally participate in His mission.

1. Understand the Scope of Mission

What happens if we minimize or overlook the importance of creation and/or restoration? Our ministry becomes “armless.” In other words, we are full of sentiment yet without service. We seek to save people from justice of eternal suffering, but not from the injustice of present suffering.

What if we make too little of fall and redemption? We become “heartless.” We will do various good deeds, attempting to fix the problems ailing society. All the while, we can miss the context that shows the magnitude of people’s plight.

What is the focus of our work? Better stated, what role do we each play in God’s mission? In trying to answer that question, Goheen and Mullins mention four problematic responses.

This person is overwhelmed by the sheer number of choices available. She wants to find the perfect opportunity. Even after much discussion and research, one feels paralyzed and unable to decide her focus of ministry.

Like a pinball in pinball machine, this person bounces from one area of ministry to another. He throws himself fully into the work, but his energy eventually wanes as boredom, fatigue, or other difficulties emerge. At that point, he leaps headfirst into a new sphere of ministry.

The authors compare some people to those who get full on samples from Costco. Rather than fully invest their time enjoying a nutritious meal, they give a little effort here and a bit of work there. They never quite spend enough of their attention on a particular area of need. Consequently, they don’t see much obvious fruit from their labor.

Many people perpetually overburden themselves with “one more thing.” They exhaust themselves, their families, and resources in an effort to be a blessing. Although they engage in several areas of ministry, they will likely say “yes” to the next good opportunity that appears. Whether physically or emotionally, they eventually crumble under the strain.

In surveying these “types,” which are you most prone to become?

3. Participate Intentionally in the Movements of Mission

The Symphony of Mission addresses three “movements” within God’s symphonic mission. A chapter is dedicated to each movement. They are represented in the figure below. 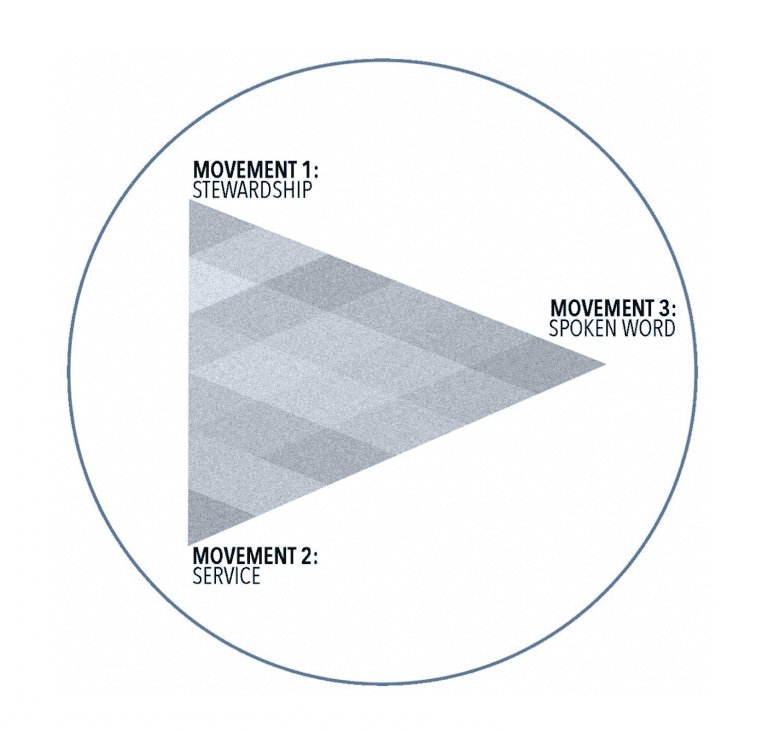 We are called to display the glory of the Father through the work of our hands. (Gen. 1-2, 1 Cor. 10:31, Eph. 5:1-2). After all, “God has embedded living analogies of his glory into the glory of his creation” (p. 75). The authors do a fantastic job outlining a theology of work. They define “work” as the “human stewardship of God’s world in every area of life, not employment alone but all human activity that’s productive and positively affects creation” (p. 70).

We are called to display the sacrificial love of Christ by washing the feet of the world. (Mark 10:35-45, Rom. 12:14-21, Col. 1:24-27). Their chapter on “service” is packed with real life stories and examples that illustrate practical ways that believers have exemplified the sacrificial love of Christ. I won’t ruin it for you here by recounting them. Let’s just say the chapter mentions human shields, Muslims, Lyft drivers, and a “Tempe Biker Gang.”

We are called to display the power of the Spirit by opening our mouths (Matt. 28:18-20, Romans 10:10, 1 Peter 3:15, Col 4:2-6). Many evangelicals hesitate to embrace the holistic vision of God’s mission because they fear that doing so will undermine evangelism or other teaching ministries. Rest assured. Goheen and Mullins underscored the value of speakingtruth within God’s mission. They explain,

“Evangelism in the process of reenchantment, which shows the deep meaning that can be found in the simple stuff of life, rather than a high-pressured sales pitch. Just as tour guides at a museum who explain the deeper meaning of monuments and help people understand the story behind each exhibit, we tell the larger story that makes sense of life.” (p. 132)

By “speaking,” they do not refer merely to a one directional proclamation. Ministering to others requires we engage in conversation. This requires humility, creativity, and patience.

With prayerful discernment, the Holy Spirit helps us to see how our lives reenact various facets of the biblical story. For example, Mullins recounts a conversation where a friend said he’d “disinvent” Facebook (if that were possible) because “everyone using Facebook acts ‘fake’.” Jim aptly explained that Facebook is “the fig leaf of the twenty-first century, a cover-up that people wear to hide their true selves from others” (p. 133)

Which of these areas of focus do you tend to neglect most?

In The Symphony of Mission, we are offered a feast of wisdom. This post gives you only a morsel. If you want to savor more fully what God is doing and plans to do through his people, check out this book

February 26, 2020 Want to join God’s mission? Play the carrot cake game
Recent Comments
0 | Leave a Comment
Browse Our Archives
get the latest from
Jackson Wu
Sign up for our newsletter
POPULAR AT PATHEOS Evangelical
1 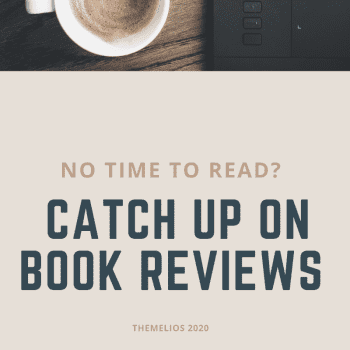