Shame is a Unique Solution to a Unique Problem

Shame is a Unique Solution to a Unique Problem June 1, 2021 Jackson Wu

When distinguishing guilt from shame, we can easily oversimplify what makes them different and not appreciate certain similarities. I began to make this point in Part 1 of this series. In this post, I want to add a few unique features of shame, compared to guilt, that are not only interesting but important.

A Unique Problem and Solution

An interesting feature of shame marks it distinct from guilt. Shame is “contagious.” Gregg Ten Elshof has a fantastic new book (called “For Shame”) coming out this summer in which he explains:

Shame and its opposite, honor, are contagious. Guilt and its opposite, innocence, are not. We talk about “guilt by association.” But, strictly speaking, there is no such thing as guilt by association.… you cannot be guilty for something someone else has done merely by means of your association with them. Guilt and innocence are inherently individualistic. They accrue to individuals as a consequence of what they (and only they) have done or failed to do. (86)

Of course, the nature of a problem will determine the nature of its solution. If I have a math problem, don’t give me a baking recipe to solve it. The same holds with shame and guilt. One can perhaps make amends for the wrong done (guilt), but how does one fix a person’s being bad? The remedy for guilt does little to affect the shame felt by shame experienced by victims of abuse and rape.

A far more comprehensive, seemingly impossible, task is required to undo the problem of shame.

Consider also one of the most common metaphors associated with shame –– impurity or uncleanness. In Unclean, Richard Beck says,

most sin categories are structured by metaphors that entail rehabilitation. But purity metaphors have no such entailments. Recall that contamination judgments are governed by the attribution of permanence. Once a foodstuff is judged to be polluted or contaminated nothing can be done to rehabilitate the situation. The fly in the soup ruins it. Consequently, when sins are structured by purity metaphors there is no obvious route to repentance. The metaphor only entails permanent defilement and ruin. (49).

The Moral Power of Shame

But doesn’t guilt carry greater moral force? Does shame really have anything to do with morality? These are common questions I hear from people.

Teroni and Bruun give a detailed explanation why “there is no ground for regarding guilt as more ‘moral’ in any of these senses.” They summarize their conclusions in this way:

In relation to the moral quality of the action tendencies related to the two emotions, guilt may well be more closely correlated with a tendency to make up for wrongdoing. However, this is only a very narrow part of what can be considered morally valuable behaviour.

Shame in its prospective form helps avoid wrongdoing in the first place, and the self-regarding aspects of shame imply motivation to improve oneself that suggest a greater moral value for shame. In a word, guilt as it were only treats the symptoms of one’s moral defects; it is only concerned with the defects in our actions. The self-reforming tendencies associated with shame treat the cause; in shame we often focus on the faults in our character that dispose us to perform the misdeeds.

This aspect of shame is most apparent when we consider “Confucian shame,” or shame as a moral emotion. While feelings of guilt can be beneficial, they lack the potential moral force of shame to reform and direct our character.

I’ll close for now with a comment by John Rawls in his 1971 classic A Theory of Justice. Rawls says,

“In general, guilt, resentment, and indignation invoke the concepts of right, whereas shame, contempt, and derision appeal to the concept of goodness.”

Right versus goodness. Guilt versus shame. They don’t stand in opposition. There is much overlap between them. But they do appeal to different phenomena and shape us in different ways. 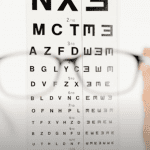 June 8, 2021 My EMS video presentation on contextualization
Recent Comments
0 | Leave a Comment
Browse Our Archives
get the latest from
Jackson Wu
Sign up for our newsletter
POPULAR AT PATHEOS Evangelical
1

Religion as "Communal Solidarity" or "Personal...
Cranach
Books by This Author Books by Jackson Wu