We all play the status game. How do you play? 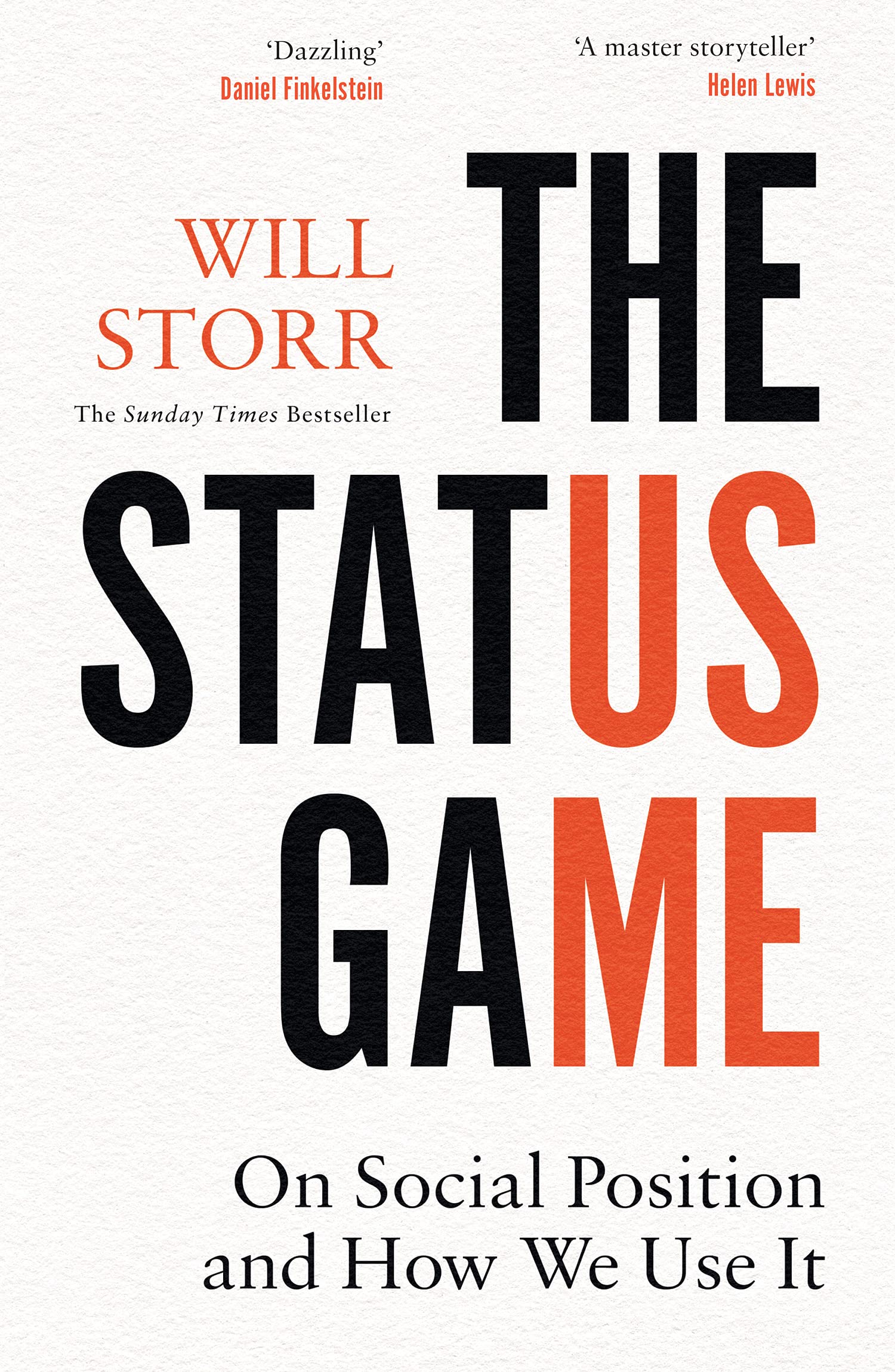 A new book just became my favorite book on the topic of honor and shame: The Status Game: On Social Position and How to Use It (by Will Storr). It’s from a mainstream publisher and presents the topic from the perspective of social science, not theology. I finished it quickly, then immediately began rereading it.

Today, I’ll introduce some of the book’s basic concepts and contours of thought. I’ll highlight a few vital insights and their significance in upcoming posts.

What are status games?

Status isn’t about being liked or accepted: these are separate needs, associated with connection. When people defer to us, offer respect, admiration or praise, or allow us to influence them in some way, that’s status. (11)

Of course, status is relative to circumstances, people, sphere, activities, and time. A person’s status is fluid, not fixed. One could have high status in your jiu-jitsu gym because you have a brown belt but a low status in her new job.

What then are status games? We play “status games” when we live according to practices and symbols that dictate one’s status within social groups. People engage in such play consciously and unconsciously.

Status games vary with the community. Members of different groups share “an imagined world” and live in the same “neural territory.” That is, they implicitly agree on the significance of countless symbolic actions and relate to one another accordingly.

Status games depend on the use of innumerable symbols, such as clothing, body language, manner of speech, preference in entertainment, political beliefs, music, favorite brands, and any other arbitrary symbol that people might choose.

Furthermore, these games help make sense of reality. Our status games are imbued with morality. They provide a perspective to negotiate social relationships and judge both our and others’ progress.

Storr notes three types of status games, i.e., three ways to gain prestige within groups. One can use

To some degree, these three kinds of play are self-explanatory. Yet, Storr unpacks each and its implications with both clarity and story.

Prestige games are symbolic. Unlike physical dominance contests, they’re not played with our actual selves, but with our reputation. We can think of our reputation as a symbolic version of us that exists in the minds of others. (43)

The various status symbols, like those mentioned above, are the means (tools, weapons, instruments, pick your metaphor) by which we navigate these social contests.

We don’t periodically choose merely to play one of these games; we play all of them repeatedly throughout our lives. If you don’t, you’re not in relationship with other people. Period.

Who are the key players?

Since status games are played in community, we must learn the rules and identify the influential players around us. Storr mentions four primary cues we use to assist us (p. 49).

Who are the people like us? Similarities might include gender, race, employment, nationality, religion, among other options.

We imitate people who demonstrate skill in our desired areas of competence. Having such skills give us the ability to affect our environment, achieve goals, and protect ourselves from threat.

We use any number of things to signal success. Titles, income, degrees, and material possessions are just a few examples. We are constantly on the lookout to identify who has what and how much of it.

Our brains are wired to observe subtle markers of social status, including “the body language, eye movements and voice patterns of our co-players to see who they’re deferring to” (49).

All the above merely summarizes a few foundational aspects of status games. I’ve yet to mention many other features and implications. Status games are so ubiquitous, so ordinary, so routine that we don’t even know we’re playing them. We might easily think they are played by other people, especially those on social media. That’s wrong.

All day, every day, you engage in status games. And you will tomorrow and for the rest of your life. To do so is not a sin; it’s merely to be a social being.

In the coming posts, I’ll share other insights from Storr’s book and unpack some of their implications.

Evangelical
How do Jesus and Paul talk about “outsiders”?
Jackson Wu
TRENDING AT PATHEOS Evangelical