Why did China Humiliate Hu Jintao? 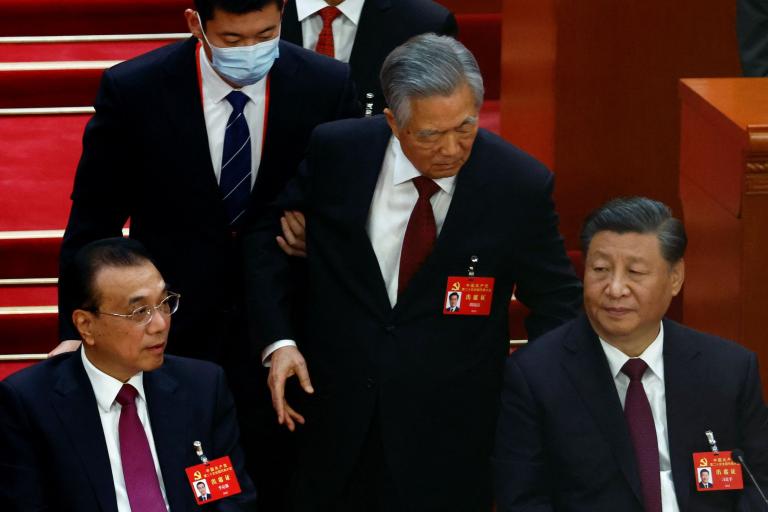 My jaw dropped. I have never seen Chinese leaders act in such a way. However, last week, Xi Jinping gave a full demonstration (against Hu Jintao) of the tactics used during the cultural revolution.

At the recent Chinese Communist Party’s twice-a-decade meeting, the congress convened to anoint President Xi to a third term, an unprecedented since the death of Mao Zedong. The move was made possible because Xi removed term limits several years back in preparation for this year’s gathering. Along the way, Xi has removed anyone deemed a threat to his power and stacked the deck so that loyalists fill all key positions.

As you’d imagine, when the people’s Congress comes together, everything is scripted. Nothing happens that wasn’t already planned.

This brings us to the unseemly removal of Hu Jintao from the meeting. Hu is the country’s former president and in several respects the ideological contrast to Xi. Whereas Xi has increasingly closed China, Hu opened it up to the world even further.

Hu’s public removal from the center table is more than a power play. It was a public shaming of extraordinary proportions. “This was an astonishing episode. Even during the Mao period, you didn’t see a dramatic disruption of the congress like this,” said Victor Shih, who specializes in Chinese politics at UC-San Diego.

For a full break down of the event, check out the recent NY Times article.

To grasp the emotional weight of the video, one needs some context. First of all, Hu is well admired by Chinese. Second, Chinese culture emphasizes respect to elders. Country leaders are sometimes idealized as fathers or grandfathers who seek the wellbeing of their children (i.e., citizens). Third, the video feed to the congress was turned on just prior to the incident with Hu.

Some people speculate that Hu had a health problem and needed to be removed for his own good. No, that explanation simply doesn’t work. Xi and his allies intentionally sought to make a public spectacle of Hu. The assistant forcefully removed Hu from his seat while those sitting next to Hu (including Xi) denied him his documents. In addition, China’s censor’s have began scrubbing Chinese social media and the internet of recent mentions of Hu.

And just watch the extreme non-reactions of the party leaders as he’s escorted out of the room.

What is Xi up to? He is sending a signal that anyone who opposes him will be dealt with, facing public shaming if necessary. You are witnessing how Chinese use shame as a powerful political tool.

October 25, 2022
The Psychology of Broad and Eastern Thinking
Next Post