Are Trump and Clinton equally flawed?

Along with many others, one storyline I’ve been following is the question of whether people who usually vote Republican will vote for Hillary Clinton in 2016 because Donald Trump is uniquely awful and manifestly unfit for the presidency.

Plenty of Republicans — churchgoing evangelicals, Mormons, college-educated whites, and more — have major concerns about Trump. But few Democrats are saying that Clinton is so bad that they will vote Trump or stay home.

Every four years, responsible faith leaders are careful to point out the flaws in both parties. Both pastorally and politically, they are doing their constituents a service by encouraging people to question their own assumptions, challenge their own biases, and think more seriously about how their faith and their politics are related.

Thus it can become somewhat stale and predicable when religious leaders critique both parties’ candidates. It’s a safe position to take and perhaps the objectively correct thing for clergy to do. It’s especially common among Catholic leaders, because their faith does not neatly or naturally line up with either major party’s platform.

A typical example is the Most Reverend Charles Caput, Archbishop of Philadelphia. He recently wrote a column alleging a kind of equivalency between Clinton’s and Trump’s defects:

I’ve been a registered independent for a long time and never more happily so than in this election season.  Both major candidates are – what’s the right word? so problematic – that neither is clearly better than the other.

I get a little skeptical when religious leaders who have made their political priorities very clear trot out the independent label or claim nonpartisanship, but I’m willing to give bishops the benefit of the doubt.

Let’s look at a smart bit of commentary on Archbishop Chaput’s comments. 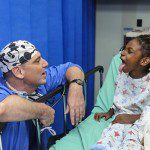 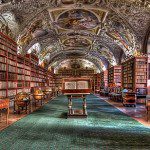 August 18, 2016 Some thoughts on Christian intellectuals
Recent Comments
0 | Leave a Comment
"Simple. His politics served Evangelical ends better than Hillary's did. The logical fallacy being projected ..."
Scot McKay Trump’s stunning admission about his evangelical ..."
"Your use of the term "homosexual" to refer to gay people, which is as offensive ..."
Self-Evident Truth Why opposing same sex marriage isn’t ..."
"i think it's a what we call "far right" in general thing and i think ..."
Brandon Roberts Why are white conservative Christians so ..."
"i personally feel people that it's bisexual with a different name however i also see ..."
Brandon Roberts Is fluid sexuality a Millennial thing?
Browse Our Archives
Related posts from Capitol and Cathedral