When Donald Trump accepted the Republican Party’s presidential nomination at the GOP convention in Cleveland last month, his speech deviated from the prepared remarks in notable ways.

Trump is very comfortable speaking extemporaneously. He quite clearly relishes the cameras’ attention. He seems to dislike the idea and the practice of reading from a Teleprompter. But a significant deviation went largely unnoticed when Trump spoke of his support among evangelicals.

Note the difference between the text as prepared and what Trump actually said.

PREPARED REMARKS:
At this moment, I would like to thank the evangelical community who have been so good to me and so supportive. You have so much to contribute to our politics, yet our laws prevent you from speaking your minds from your own pulpits.

TRANSCRIPT:
At this moment, I would like to thank the evangelical community because, I will tell you what, the support they have given me — and I’m not sure I totally deserve it — has been so amazing. And has been such a big reason I’m here tonight. They have much to contribute to our policies.

This is a stunning admission. It goes a long way toward explaining the gullibility and double standards that underlie evangelicals’ Trump support.

Trump is aware that he knows or cares little (if at all) about evangelicals’ key public-policy priorities. He promises pro-life Supreme Court justices, despite little evidence that he thinks about the legality and morality of abortion in evangelicals’ terms. Trump gives lip service to religious liberty, but consistently misapplies this principle, promising evangelicals something they are not even asking for and largely ignoring the things they care about deeply.

So when he says he doesn’t deserve evangelicals’ support, Trump is being honest. He does not deserve their support. So this section of the speech came across as Trump saying, I can’t believe I’m getting away with this.

The nominal Presbyterian continues to enjoy staggering levels of support from even churchgoing evangelicals. Trump offers the deluded promise that he is going to boost church attendance and make Sunday school great again. But not one evangelical Trump disciple seems to notice or care that Donald Trump, whether he lives at 725 Fifth Avenue in New York or 1600 Pennsylvania Avenue in Washington, is not going back to church and Sunday school, now or ever.

Trump knows he doesn’t deserve evangelicals’ support. They should think hard about what makes them so eager to give it to him. 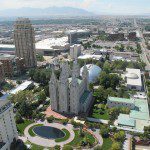 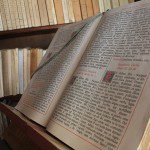 August 24, 2016 Did Christian intellectuals withdraw or were they forced out?
Recent Comments
0 | Leave a Comment
Browse Our Archives
Related posts from Capitol and Cathedral