Is There a Future for Progressive Christianity in America?

Editors’ Note: This article is part of the Patheos Public Square on the Future of Progressive Christianity in America. Read other perspective here.

Since writing my book on Evangelical vs. Liberal I’ve taken a more skeptical view of what we now call the “Progressive Christian” movement in America. The book was to be a follow up to my study of Fourth Presbyterian Church, a robust liberal Protestant congregation in Chicago. Fourth Presbyterian had an unusual blend 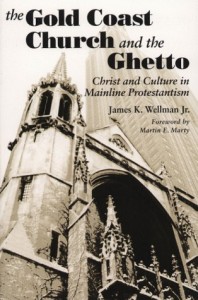 of prophetic preaching, pastoral care, social mission in its local area, and a deep engagement with liturgy and the arts. And when I moved West, I thought I’d find an abundance of thriving liberal and progressive churches. I did not. What I did find was a veritable bouquet of growing moderate evangelical congregations, and when it came down to picking out my final set of churches for the study, I could only find ten liberal congregations that would fit the bill as “thriving.” And that was in scare quotes, because thriving meant that they weren’t failing—they had maintained their numbers, financially and in congregational size, but that is all. For the most part they were limping along.

There was only one that was thriving, Grace Episcopal Church on Bainbridge Island. My best friend, Bill Harper, pastored it. He recently retired from his congregation, one that he helped to start. They built a magnificent building, and at the end of his tenure, they were a 400-to 500-member congregation. None of the other churches were even growing.

So when the recent Pew Report on American Religion came out, I wasn’t surprised that Mainline Protestantism has lost nearly a quarter of their total members in the last seven years. The Mainline is in disarray. Scarred by the culture wars, unsure of its mission, and failing in its ability to reach out to young people, these churches are flailing. There are exceptions, of course, li 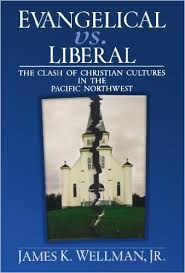 ke Nadia Bolz-Weber at A House for All Sinners and Saints in Denver, or Sara Miles at Saint Gregory of Nyssa Episcopal Church in San Francisco. But exceptions don’t make the rule. The mainline churches that are most progressive struggle for members, even when their congregations are vital and creative.

Lots of folks want these churches to thrive, and Diane Butler Bass writes for them. In her book, Christianity After Religion: The End of Church and the Birth of a New Spiritual Awakening, Butler Bass’s not so hidden premise is that church as an institution is not the answer. Rob Bell, who I wrote a book about, now fits neatly under the Progressive Christian label, and although he is adamant that he continues in his ministry, his writing and his speaking are not focused on the church per se, but intimations of the spirit, which are
certainly in the Christian realm, but are pitched to the spiritual but not religious folks more directly.

So can a movement like Progressive Christianity live without an institution? Can it thrive when most of the leaders in the movement are either vaguely or only indirectly related to the church? What does this say about the movement as such? Does it matter?

As a sociologist and someone who is sympathetic to the Progressive Christian movement, I think it matters. Does a movement have a future without an institutional foundation? I doubt it. That is, if your leaders are basically celebrities who sell books, but don’t nurture or develop institutional infrastructure, a social movement is doomed to fail. We barely remember M. Scott Peck, or even Wayne Dyer. Even Eckhart Tolle is fading, much less Jon Kabat-Zinn, John Bradshaw or Thomas Moore. To be sure, they sold a lot of books but did they make a real mark on our culture?

One can argue that the Progressive Christian movement has failed precisely because it succeeded. The women’s movement, the GLBTQ movements have made huge strides, even as we seem to be failing on racial justice and gun violence. Nonetheless, a broader set of rights is open to many in our communities and in this way the Progressive movement has largely succeeded.

But is there a future for Progressive Christianity?

I’m not sure there is. As the social issues that this movement advocates become commonplace in secular culture, it simply is not noteworthy when Rob Bell comes out for gay marriage. He represents no church now, and so why should church folk pay attention.

And to a large extent, progressives flee institutional leadership, in part because it’s too much work. Best sellers pay well, and give these folks the ability to retreat and write.

Do we need Progressive Christian leadership?

Well, I’m not sure; the secular culture has largely caught up with these folks and so why should it look to the church for leadership? It doesn’t.

Okay, I know this is not an upbeat evaluation. I’d like to hear counter arguments for my perspective. I’ve done the empirical work. In Evangelical vs. Liberal I show that evangelicals have much more vibrant churches and institutions, and the Pew Report says that they have maintained their numbers and vibrancy more recently. Do I agree with everything that they stand for? No. But many are changing on the gay marriage issue and I salute that change. But what I love most about these churches is that they actually do the work of service in their churches and communities with much more gusto than liberal churches. 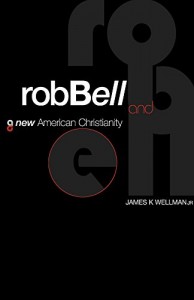 So do I have any recommendations? I’ve told Rob Bell, “Hey go back to preaching, I thought this was your best material and most interesting speeches.” But I don’t think that’s going to happen. Bolz-Weber seems to be moving away from her church, and Butler Bass is independent. Free agents don’t make a social movement.

And so goes Progressive Christianity—from my perspective it lacks the social infrastructure that creates and sustains a social movement; its leaders are spiritual entrepreneurs rather than institution builders; their following is dispersed and has no motivation to gather together on a regular basis, except perhaps to hear a speech on their favorite writers newest book.

I just don’t see a robust future for this movement at this point.