Could Staff Model HMOs rise from the dead?

I’ve thought, off and on, about the Staff Model HMO concept — that is, the early HMO structure which was based on “prepaid healthcare” with doctors employed by the HMO itself as staff.  The idea was that, as employees, they would not be looking to increase the number of services they provide to patients, but instead have an incentive to manage their patients’ health to reduce the overall costs of their healthcare.  The overall structure of such as system was, in theory, structured so that the patients’ care was coordinated among primary care and specialist providers, and the hospital, too, was focused on providing its care economically rather than seeking to maximize fees and reimbursements.

(This is different than a, well, non-Staff Model HMO, such as the HMO Illinois offered by Blue Cross Blue Shield which we had as our health plan for a number of years.  In the latter, you could still only choose from a limited number of doctors, but the structure was based on the Independent Practice Association, a group of doctors which received a capitated, or fixed per-head payment from the HMO; this seemed to have produced doctors whose business model became minimizing the amount of time spent with a patient in favor of referrals to specialists.  In practice, it seemed like pretty much every doctor was a part of an IPA, and so a part of the HMO, at first at least, but over the years in which we had this as our health plan, the reimbursements must have gotten tighter as several of our doctors dropped it.)

Stephen Brill writes about his ideas for such a system in Bitter Pill, which I summarized here, and somewhere along the way I tried to find out more about the Staff Model HMO, and why it didn’t work after all.  As near as I was able to piece together, there were lawsuits around the Staff-Model concept, in which doctors outside the staff complained that they should be able to “participate” — that is, see patients and receive reimbursements from the HMO.  Besides this, there weren’t enough patients willing to accept the very limited restrictions, and perhaps there weren’t enough doctors willing to accept the business model of being an employee, given our idealized notion of a doctor being independent.  I was never able to fully figure this out, though.  And Kaiser Permanente in California does continue to operate based on the Staff Model, but it’s not as if everyone’s rushing to that health plan.  (Though I did come across an article the other day that there are complaints that Kaiser’s cash reserves are massive, well in excess of what regulators require; they defend this as the result of their system consisting not just of a health insurance company but hospitals and other assets, but perhaps there’s also a degree to which their business model to be to charge what the market will bear even if their healthcare delivery system would allow them to charge less, and use the excess to expand.)  Whether they still maintain the “health maintenance” component — that is, the ideal of coordinated care — or whether this is lost with their massive size, is also not clear to me.

But it seems to me that we could be seeing a set of circumstances that could make the Staff Model viable.

On the provider side, doctors are increasingly becoming a part of large practices, in many cases affiliated with or owned by a specific hospital.  Around us, Northwest Community Hospital has the NCH Medical Group,  Amita has the Alexian Brothers Medical Group and Adventist Health Partners, and the same is true for multiple other providers.  How big a step would it be to partner with an insurance company for reinsurance for particularly high claims, patients who need specialists outside their network or who need treatment when travelling, and for their administration expertise?

And on the consumer side, Obamacare customers are becoming conditioned to narrow networks, and those with high-deductible plans are far more aware of costs than before.

But the biggest missing ingredient is this:  Staff Model plans don’t fit well with employer-sponsored health insurance.  Employers don’t want to fuss with plans with a small geographic coverage area because it would be administratively complicated to offer plan choices that only a small number of participants would choose.  And a Staff Model plan really relies on the consumer understanding how the system works, that over time it will save them money, that there’s value in the doctor coordinating their care — all of which isn’t possible when you’re just looking a a list of plans and premiums at annual enrollment time.  It also requires that consumers stay with their chosen health plan over time, rather than moving in and out as employers change their offerings or they change their employers.

For Staff Model HMOs to become viable there needs to be a large base of consumers choosing their health plan on their own; it requires that we move away from employer-provided insurance to individually-purchased insurance.  In other words, Janecare.

(By the way, I’ve probably written about this before, but I can’t seem to find anything in past posts.  So apologies in advance if you think I’m a broken record.) 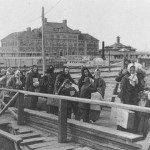 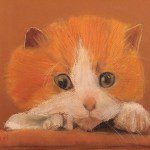 Catholic
Oh, fun - Medicaid for all!
Jane the Actuary
TRENDING AT PATHEOS Catholic