in the Marketplace and Public Square (from the G+ collection)

This is the last in a series of posts in which I organized my Google+ (G+) activities into themes and collections.  There is something to be said for Christians in the marketplace and public square.  However, I am definitely not the most articulate one to say it.  It is true that we all have our political leanings.  You can easily see my viewpoint in these moments when I responded to something greater going on outside of my home or the four walls of my church.

I believe believers have a voice in the marketplace and public square.  Some have a calling to participate and affect great change.  We should not be ashamed to allow our Christian values to inform the way we engage the world around us, yet shame is often foisted upon us.  Those are bold words coming from someone who is a little afraid to push the publish button for that very reason.  However, there are instances when one action or one voice arises out of nowhere to remind us of something we’ve forgotten in the hype of the day.  That is exactly what happened when Alex Bryant and his family filmed a video that went viral at a time when we needed to hear his message.

Maybe there are times when God is just waiting to honor someone who steps out.

“Many of life’s failures are experienced by people who did not realize how close they were to success when they gave up.” – Thomas Edison (G+ 05.13.15)

“The one firm conviction from which we move to the proof of other points is this: that which is honorable is held dear for no other reason than because it is honorable.” – Seneca (1st century Roman statesman and philosopher) (G+ 02.01.17)

Disclaimer: This is a rare political post from me. Please do not respond if it is merely to debate. I will probably remove your post. This is just a text that I sent to some close friends yesterday and 3 ministers:

“I’m sitting in the mall food court doing church work. I just realized I’m sipping ‘Oprah’ Chai Tea that I bought at a Starbucks that is located in a Target (now there are 3 strikes). I’ve also realized I don’t recognize anyone around me. My question is, is it possible that I’ve missed the Rapture?”
Minister 1 replied: “Yes you missed the rapture I am texting from my little cabin in the corner of glory land!?!”
Minister 2 replied: “This is an automated message: The person you are trying to reach has been caught up in the air and will no longer be able to text you back.”
Minister 3 replied: “Lol. Now maybe you can connect with someone who needs Jesus!”

I don’t believe any of these ministers are overly concerned with political maneuvering as a way to usher in the Kingdom of God. That’s accomplished through Divine means.

Minister 3 reminded me of a question that I was asked on Sunday. I was speaking with a young mother in our church and politics came up. In effect she asked (although this is not verbatim) “Would Democrats feel welcome in our church?”

Few people will see this post. When I post links, they usually don’t reach far for some reason. I was just thinking about all the boycotts. Then I thought of this old Newsboys “cover” for a Degarmo and Key song. I chose the Newsboys song because Steve Taylor does a rap in it, sort of making fun of the whole idea as well. I guess the message they were trying to get across to the activist Christians in the 80’s/early 90s is that if we would be as concerned about boycotting hell as about political boycotts (i.e. Oscars), we might really make an eternal difference. Some of you might remember this oldie from the CCM vault. (G+ 02.27.17)

Great read! I know they may not like being classified by their generation, but this is some really positive press for millennials, people who are inspiring and changing society right here in Traverse City.  Congratulations!  Article: 2017 40Under40: The Region’s Most Influential Professionals Under Age 40 (G+ 08.31.17)

TakeAKnee?!?! . . . If only all of these superstars would TakeAnOffering it would go a lot farther toward societal change. Here’s how you make a statement for those who are truly oppressed.  Article: Albert Pujols Aims to Strike Out Slavery with Event Saturday at Angels Game (G+ 09.25.17)

. . . In other news, this happened on Sunday too [for those who are tired of watching the political NFL coverage] Thank you Traverse City for honoring!  Article: Gold Star Mothers Statue Ceremony Set For Sunday (G+ 09.26.17)

“Advertising aims to teach people that they have wants, which they did not recognize before, and where such wants can be best supplied.” (“The Thompson Red Book on Advertising,” published 1901) (G+ 10.20.17)

Sounds like the new marketplace and the mobility of the church are mirroring each other. Will this generation adapt?  Article: Almost all the US jobs created since 2005 are temporary (G+ 01.10.18)

“I am Norma McCorvey. I became known as Jane Roe on January 22, 1973, when the U.S. Supreme Court released the Roe v. Wade decision which created a woman’s ‘right to abortion.’ I am now a Child of God, a new creature in Christ. I am forgiven and redeemed. Today, I publicly recant my involvement in the tragedy of abortion. I humbly ask forgiveness of the millions of women and unborn babies who have experienced the violence of abortion. In this place of healing, the National Memorial for the Unborn, I stand with those who honor the worth of every unborn child as created in the image of God. I will strive in the name of Jesus, to end this holocaust.” – Norma McCorvey, 03.23.97 (G+ 01.22.18)

Tuesday, I was honored to have an invitation to a ministerial prayer meeting, meet-and-greet for gubernatorial candidate Bill Schuette (Attorney General), and luncheon in Speaker Pro Tempore Lee Chatfield’s office. May God continue to establish leaders like him, known for values like yours and mine, and their consistency over time. I’m grateful to Pastor Peter and Pastor Rusty for the invitation. (G+ 02.02.18)

A balanced read, reminding us of answers from our heritage, like temperance (self-control as a virtue) and “grace, it creates the conditions for that Christian civilization that overcame the unbridled passions and turned whole peoples to the love of God.” May we find ways to shine the Light of our Lord in the darkest arenas of society.  Article – The Opioid Crisis: A Spiritual Solution (G+ 02.05.18)

This is interesting, although the “spin” of the article seems to be against the decision. Perhaps more countries will follow suit.  Article: Bermuda becomes first jurisdiction in the world to repeal same-sex marriage (G+ 02.09.18)

We have to be careful with these types of issues, but I believe there are some Christian family concerns we can’t budge on.  Article: Walgreens’ new policy welcomes men into women’s restrooms (G+ 02.12.17)

I’m not sure how often the State House of Representatives unanimously approves anything, but our Speaker Pro Tempore had the vote for this statewide annual prayer observance. I’m a little partial because it originated based on a statue from our distinguished President from Virginia.  Article: Reps. Chatfield and Miller introduce Religious Freedom Day resolution (G+ 02.14.18)

Smells like CENSORSHIP and I don’t ever remember that being good for a society.  Article: Disney’s ‘A Wrinkle in Time’ Writer Defends Removing Bible Verses, Christian Themes in Movie (G+ 03.13.18)

Article: Seven Things You Should Consider Before Sliding Into The Big Seat, Mike Deegan: Life Lessons Learned Through Sports (G+ 03.24.18)

Is it because they removed everything Christian from a well known Christian book, but still expected Christians to flock to the box office?  Article: The lone loser in Disney’s big quarter: ‘A Wrinkle in Time’ (G+ 05.09.18)

“Anthropologists have often described what happens to a primitive society when its spiritual values are exposed to the impact of modern civilization. Its people lose the meaning of their lives, their social organization disintegrates, and they themselves morally decay.” – Carl Jung (07.02.18)

I hope July 4th was a reminder of greater days, and a glimpse of what we can be, with the freedoms we share.  “In the community, a nurturing attitude is characterized by unselfish caring, supportiveness, and a willingness to share time . . . Many of us remember a time when our lives and the success of our lives were the concerns of a great number of people, not just our primary families.” – Clifton L. Taulbert (G+ 07.05.18)

It’s interesting that among the various types of values-based investing, there are Christian financial options as well. I’ve heard of this years ago with AG financial. If I’m not mistaken, that’s a membership system. For a good read in that field, try “Freedom of Simplicity: Finding Harmony in a Complex World” by Richard Foster. It was a soul-shaker for me.  Article: Could You be Profiting from Abortion: An Introduction to Biblically Responsible Investing (G+ 07.22.18)

Surprisingly balanced piece from AP. Perhaps we could all spend more time praying for our nation like Susan Conger.  Article: Many women line up in support of Kavanaugh (G+ 09.30.18) 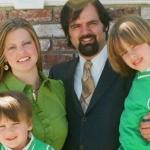 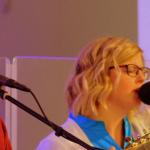 How Can You Know If You're...
Preventing Grace
Related posts from Jared Ingle 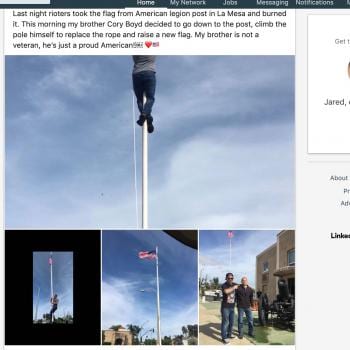 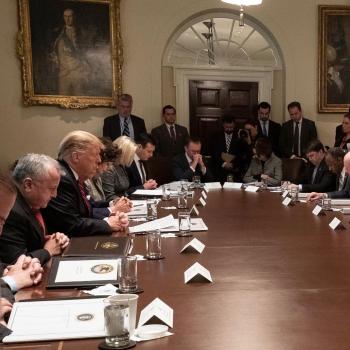 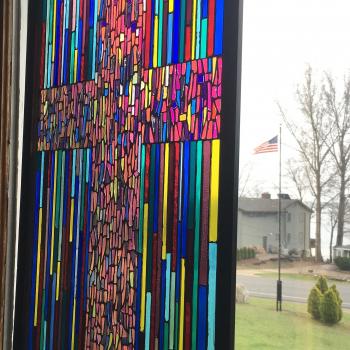 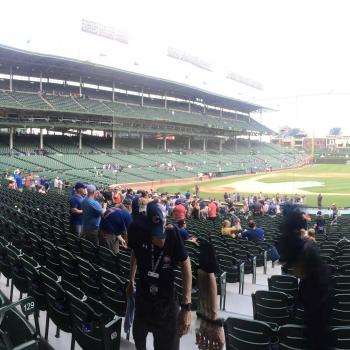 First Came the Declaration, then the Achievement
The birth of America is celebrated not on the date the British...
view all Evangelical blogs
Copyright 2008-2020, Patheos. All rights reserved.