Does Systemic Evil Exist and What Does It Matter? 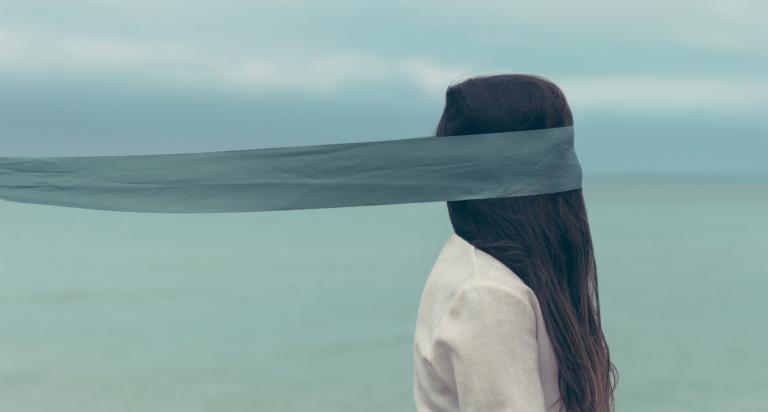 I commented on poverty and systemic evil on Twitter, and I was surprised at the response. People were coming out of the woodwork to tell me I was perpetuating a liberal trope. My favorite exchange went something like this:

“‘Systemic evil’ isn’t mentioned in the Bible, so it doesn’t exist.”
“So if the Bible doesn’t use those words, the principle is invalid?”
“If the Bible doesn’t say it explicitly, it’s not important.”
“Do you believe in the Trinity?”
*crickets*

The abandonment of social justice

In the middle of the nineteenth-century industrialization, urbanization, and immigration were introducing substantial social problems. In response to these issues, liberal Christian scholars began focusing on salvation as a social reality. What if God’s will could be done on earth as it was in heaven? The movement elevated social ethics over biblical theology and sought to combat the evils of unregulated capitalism by educating the working class in religious values.

With problems related to growing poverty and regulating big business, many of the issues that gave rise to the social gospel movement still resonate. The movement played a large part in women’s suffrage, child labor laws, the enactment of anti-trust laws, approval of food-industry health safety standards, and the establishment of building safety codes and settlement houses in inner cities which offered educational opportunities.

But the focus on social structures at the expense of man’s sinful nature, as well as growing criticism of biblical texts created a growing concern in the certain Christian circles. Many were frustrated with what felt like an abandonment of individual salvation. Theological ethicist H. Richard Niebuhr reflected on the religious philosophy of this time as “A God without wrath [bringing] men without sin into a kingdom without judgment through the ministrations of a Christ without a cross.”

This rift contributed to the rise of fundamentalism. Formerly a badge of honor, the term “fundamentalist” denoted a person focused on specific Christian fundamentals: biblical infallibility, the deity of Christ, the Virgin Birth, miracles, Jesus’ bodily resurrection, and the substitutionary view of the Atonement.

Where the social gospel saw itself coming alongside popular culture as advocates, fundamentalists called people to separate themselves from an evil and decadent culture and receive personal salvation. As we saw with the Scopes Trial in 1925, this often put fundamentalism at odds with the culture. But through the quiet, systematic creation of fundamentalist-leaning schools, seminaries, and universities, evangelical fundamentalism took the reigns of American religious life.

Instead of social programs intended to respond to legitimate ills, the focus became getting individuals born again in massive evangelistic crusades. It wasn’t long before mentioning the word “social” anywhere near the word “gospel” meant you were a bleeding-heart liberal. Eventually, fundamentalism also embraced politics and a desire for reform, but instead of aligning with the belabored against powerful forces that would subjugate and marginalize them, they aligned with industry and power to create legislation to stem the tide of godlessness and sin.

This doesn’t mean that no social justice happened, it’s just that people who wanted to work within evangelicalism on behalf of human rights and equality had to begin with a comprehensive statement of beliefs. No matter how good your cause was, if your views didn’t line up with fundamental principles, you would find yourself marginalized.

What is systemic evil

My problem with the estrangement of the social gospel movement lies in the fact that systemic evil is real, and with the rise of fundamentalism and its focus on individual sin and responsibility, the church dropped the ball.

Systemic evil denotes diabolical structures that perpetuate misery, corruption, and wrongdoing. It’s a machine that functions without any real control or oversight by any individual. And the conviction and repentance of any cog in the device won’t negatively impact the machinery at all.

An excellent example of this phenomenon is seen in our retail manufacturing industry:

At one level or another, most of the players (minus the corporate CEOs who are the only ones benefiting) feel utterly hopeless in their ability to extricate themselves from the system, and even if they did, they fear it wouldn’t make any difference—and they’re right. You might be able to identify the decisions that were made to create this oppressive structure, but it doesn’t matter now. It has grown into an almost sentient, institutional evil that exists to kill, steal, and destroy.

These systemic evils include, but are not limited to, the complex social networks that perpetuate racism, sexism, inefficient political processes, nationalism, eco-destruction, wage inequality, and xenophobia.

While most of my progressive brothers and sisters would be high fiving me, this is where I’ll probably start losing them. My belief that the church should be waging war against systemic evil comes from my conviction that our world is inhabited by diabolical forces bent on opposing God and creating misery.

I have to be honest and say that I don’t hear a lot about the supernatural from most progressives. Maybe it just never comes up. Maybe like most liberal movements, progressives eschew putting any real stock in demonic activity. Maybe they’re in the closet because—like me—they know that believing in invisible spiritual beings is unsophisticated and laughable.

Walter Wink is right when he says, “We moderns cannot bring ourselves by any feat of will or imagination to believe in the real existence of these mythological entities that traditionally have been lumped under the general category “principalities and powers.” We naturally assume that the ancients conceived of them and believed in them the same way we conceive of and disbelieve them. We think they thought the Powers quite literally as a variety of invisible demonic beings flapping around in the sky, occasionally targeting some luckless mortal with their malignant payload of disease, lust, possession, or death . . .”

I completely understand how belief in demonized Powers would be considered a throwback to a more ignorant time. I might as well believe in bleeding sick people or that rotting meat naturally turns into maggots. But I honestly don’t know how you can believe the biblical witness in other areas and deny one of it’s most central elements. I guess at some point; you can’t follow Christ and look sane to the rest of the world.

What I do know is that I don’t believe in most of the evangelical ideas about the devil. In keeping with the individualistic view of salvation as merely “me and Jesus,” I find that there is a similar “just me and the devil” image of demonic activity. We tend to give these entities godlike powers and believe they are more intimately interested in us than they probably are. The New Testament does give us a picture of demonic oppression that is focused on individuals, so I know it’s possible—but it doesn’t make sense as a strategy.

If I was the devil and ran a hierarchy of demonic beings, I’d fire anyone who spent all their time focusing on persecuting one our two individuals. Why waste effort on making a couple of people suffer if I can automate a process that increases suffering a thousandfold? If I can influence the creation of a misery machine, why wouldn’t I do that as often as possible—especially if the little idiots I was terrorizing were just greedy, narcissistic, and ignorant enough to assist me?

Paul is warning us that there is a malevolent force at work that is greater than any individual demon or devil. It’s a network of evil that is behind the scenes inspiring and perpetuating agony. It’s not that the powers themselves are evil, it’s that wicked spiritual forces are at work in them, and, like the rest of creation, these powers need to be resisted and redeemed.

The church’s job is to confront institutionalized evil prayerfully—the refusal to do so makes us complicit. We do this by recognizing and naming it. Every time racism raises its head, and we go out of our way to downplay its significance or pour our energy into defending our participation, we only embolden and strengthen the machine.

Every time we refuse to work with another organization or individual who shares our goals because their statement of faith doesn’t mesh with ours, we invigorate systemic evils.

As we work together to recognize and resist the ingrained sin that’s operating with impunity within our social and governmental structures, we’re going to find that we have more in common than we think. And the gates of hell? They won’t prevail against us. 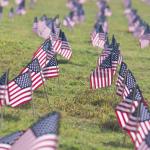 June 2, 2018
God's Antidote for Patriotism: the Kingdom of God
Next Post 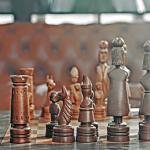 June 12, 2018 Resolved: 20 Decisions for Surviving the Church with Your Faith Intact
Recent Comments
7 Comments | Leave a Comment
"You're correct; Jesus was gentle, only once did they show Him getting emotional and that ..."
RestlessGypsie 4 Reasons I Won’t Listen to ..."
"I came from a punitive childhood that carried well into adulthood. Hearing the preacher (Baptist) ..."
RestlessGypsie 4 Reasons I Won’t Listen to ..."
"To ask that question is to reveal your lack of faith in the only God ..."
Bob Shiloh Three Fibs We Keep Telling about ..."
""Acknowledging that God created the Universe and all that is in"Which god? Odin? Zeus? Ptah? ..."
C Nault Three Fibs We Keep Telling about ..."
Browse Our Archives
Related posts from Honest to God