“My brother…what’s your name?”  I don’t remember how I met Quincy…but I know I’d never met someone more familiar.  Over the years, we talked about the future.  There was something deep within us that made us think that we could will the entire world to right.  We were wrong.

“Check it…I need to talk this over with you…look at all of this shit you get…this might be my ticket.”  I looked at all of the pamphlets Quincy pushed into my chest and didn’t know what to say.  I obviously didn’t say the right thing.  “I need to think about it.  This is pretty heavy for me.”  I watched his expression change immediately.  “Fuck you!”  The person that had become one of my closest friends stormed off.  I didn’t know how to proceed.  I was lost.

Time seems often complicated.  I can’t remember how long it’d been since he left.  I just know that the Quincy that arrived for dinner was not the same Quincy I’d known.  He just kept talking about how much he wanted to kill some shit.  I didn’t know if I was going to make it through dinner.  That was the last time we ever talked. I just knew that he was going to accomplish what he set out to do.

After numerous deployments and a variety of tragedies, Quincy put a gun to his head and pulled the trigger.

The only thing I was surprised about is that he didn’t take more people with him.

Other situations have ended differently.

That night is forever etched into my mind.  I was so close.  The bullets.  The screams. The blood.  We had organized a march not a massacre.  It didn’t matter.  A veteran named Micah Johnson stepped in and perpetuated the most significant mass shooting that the city of Dallas, Texas had ever seen. Though his reasons were many and the situation was complicated, Johnson’s military mindset and training made him particularly lethal.

Things had just gotten started.  Everyone was right were he wanted them to be.  In an instant, veteran Devin Kelley interrupted services at the First Baptist Church of Sutherland Springs, Texas and began to fire.  Kelley fired until he could not fire anymore. Blood was everywhere.  The precision of it all was unmistakable…Kelley was trained.

On a mission, Charles Whitman climbed to the top of the University of Texas Tower.  Relying on his military training, Whitman fired his sniper with pinpoint accuracy.  Bodies dropped throughout the campus.

People were just trying to get their bags.  Historically, Fort Lauderdale-Hollywood International Airport had been considered a safe place. In the midst of it all, veteran Esteban Santiago-Ruiz opened fire.  Thud after thud after thud hit the floor.

Shortly after the Dallas shooting, veteran Gavin Long ambushed and opened fire on police in Louisiana.

Veterans are more likely to be unable to cope with their surroundings.

These facts are not an indictment of veterans.  They are an indictment of us.  We are the ones who keep fucking people up so that we don’t have to live with the consequences of war.  If veterans are inherently dangerous (and I don’t think they are) or even slightly more prone to aggression…we are the ones who made them that way. Where is our desire to rectify the situation?  Where is our desire to help?  When in the hell are we going to learn to love veterans as we love our self?  Ending war would be a good start. 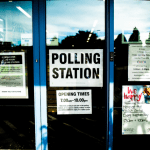 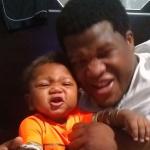