United Methodist of All Colors Walk for Justice // Injustice in Dallas

United Methodist of All Colors Walk for Justice? // Injustice in Dallas

Is this a joke? Sadly, I don’t think so.  Local United Methodists have organized a, “United Methodist of All Colors Walk for Justice.”  This is some “All Lives Matter” respectability bullshit.  It must be called out.

Back in 2015, I was marching through the streets of Dallas.  “No justice!  No peace!”  “Whose streets?  Our streets!”  “Say his name!”  There was no doubt that we were growing louder as the night went on. Eventually, we turned a corner and the police started arresting folks.  Right next to the sidewalk, an officer who looked a decade past retirement snatched me up.  I simply stood there.  He acted like he was wrangling a bull.  Shouting over and over, “Stop resisting!  Stop resisting!”  By the time we got in the back of the van, everybody was talking about who was going to get them out.  The guy next to me said, “I know my church will get me out.”  “What type of church do you go to?”  “United Methodist.”  I didn’t want to break his heart.  Hope is hard to come by when you are on your way to prison.  With that said…it didn’t matter how many times he called…didn’t no United Methodist come to his aide.  Eventually, he figured out that it wasn’t respectable to get arrested at a protest.  He got out…and United Methodists didn’t have one damn thing to do with it. This certainly wasn’t the first time or the last time that United Methodists chose respectability over justice.  In fact, if United Methodists are involved then you might as well go ahead and understand that you are not at a walk for justice…you are at a walk for respectability.  I am disgusted and you should be too. God never has been and never will be respectable.

You have got to be a real dumbass to create a march for justice that excludes everyone who is not like you (United Methodist)?  There is never justice in exclusion.  There is only ignorance.  Surely United Methodists know that there are a plethora of other Christians that have been fighting a hell of a lot harder/longer than they have.

All Colors? These folks must have missed the memo about who is getting gunned down in our neighborhoods.  “All Lives Matter” is an inherently violent phrase…such language dehumanizes the struggle.  All lives don’t matter.  It is clear that America has a preference for the lives of white folk .  It seems like the United Methodist church does too.

In the pursuit of justice, God doesn’t walk…God runs.  The description of this gathering as a walk speaks to the speed with which United Methodists move on social justice issues.  Jesus ain’t got nothing to do with that shit.  Jesus is out in the street getting hit with pepper balls.

I have many friends who are United Methodist.  Some of them might even be at the walk.  I love them dearly.  Judging from the way they chase after justice, I have always known that they aren’t really United Methodist at all.  They are evangelists in an evil space of injustice.  Let’s pray that they succeed. 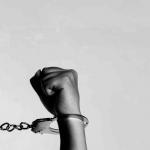 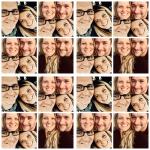 September 27, 2018 Multiplication Not Division: The Polyamorous Gospel
Recent Comments
0 | Leave a Comment
Browse Our Archives
get the latest from
Jeff Hood
Sign up for our newsletter
POPULAR AT PATHEOS Progressive Christian
1 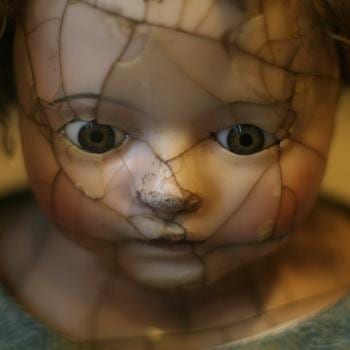