Taming the Feral Faithful: How to Lure Serious Catholics Back to Your Parish 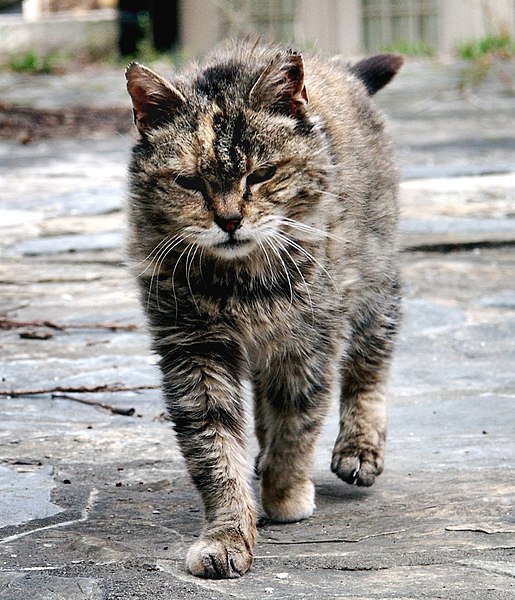 “The good news,” I found myself telling a new arrival recently, in giving her the lay of the land her new home city, “Is that I’m pretty sure all your priests are Catholic.”

You either know what I meant or you’re in willful denial, and I mean that in the kindest possible way.

As we gear up for the Synod for the Family, one of the realities we have to face is that the reason we are in such a bind on matters of sex & marriage among Catholics is that the Church has been flaking apart for over fifty years.  Please recall that the same young adults who brought us the not-so-Free and not-at-all-Love Revolution were, by in large, the products of our golden years of Catholic ascendancy.  Baby boom, Catholic schools, nuns in habits, Hollywood movies about kind-hearted priests, all of it.

When the culture made its formal shift in the last quarter of the 20th century, the groundwork had all been put in place by the Leave it to Beaver generation.  It wasn’t radical hippies who changed our world; it was clean-cut suburban couples certain, just certain, that an IUD was the solution to their marital difficulties.  And Father told them it was probably all right.

As our Church leaders attempt, this fall, to somehow put back together the doctrinal fracas that’s been festering and popping their entire clerical careers, there’s a hidden-in-plain-sight wellspring of evangelical talent that the Church desperately needs to call back into action: The marginalized devout.

The Catholic at the Window

Earlier this week we found a stray kitten at the playground.  It was sick, scared, and desperate for its long-gone mother.  He’d come running if we meowed, and then bolt as soon as he got near.  We managed to get him home, and put out food and water in a safe hiding spot in the bushes.  This little kitten who was terrified of letting anyone near him clambered up the windowsill and meowed all night to be let inside.  He knew he needed a home, but he was too scared to actually come close to the humans inside it.

These are the Feral Faithful.  An example: A sensible, hardworking, devout Catholic mom mentioned one afternoon that she had too much free time on her hands now that her youngest had gone off to college.   “That’s super,” I said. “The campus ministry at the school near your town is trying to build up its discipleship programs.  You’d be a great mentor for some of the young adult leaders there.”

Her face clouded over.  No. Not possible.  “I tried to get involved in young adult stuff once.  They don’t want people like us.”  She found something else to do with her free time.

This isn’t an isolated story.  I’ve heard stories like this from around the country and overseas.  The would-be catechist told, “We’ll call you if we can’t find anyone else.”  The single mother faithfully bringing her rambunctious child to Mass, only to be told she’s nuts for coming to church every Sunday, why doesn’t she just stay home?  The Church isn’t for people like her.

Why do the ranks of traditionalist, Latin-Mass loving faithful always seem just on the verge of falling off the edge of the Church?  Consider the possibility that those pews are full of faithful Catholics being pushed away by the self-satisfied center.

No matter where you fall on the spectrum of hurt-by-the-Church Catholics, once you’ve been shoved aside from the mainstream of parish life, it’s hard to ever want to go back.

The Paradox of Reform

The irony is this: The Synod for the Family aims above all to reach out to those who have been marginalized by their irregular marital situations.  What do we do, for example, with Catholics who have gone ahead and remarried without an annulment, and thus can no longer receive the Holy Eucharist?  In looking for an answer, we can either put an elbow in the eye of the faithful Catholic who doesn’t abandon Church teaching, or we could, radically, turn for guidance to those who have remained loyal to the faith despite the difficulties.

We’ve worked our way back down to 4th century Rome.  It’s legal to be Catholic, but the Catholic faith just won’t blend with the wider culture.  Do we want to say the pagan culture is correct after all? Or do we want to ask those who’ve held out against the cultural onslaught to join in the fight for souls?

So what’s a pastor to do?  How do you coax faithful Catholics, hardened into isolation by years of rejection, out of hiding in the pews and back in to service?  You don’t even know who these people are half the time.

1. Signal Change and Invite.  It isn’t necessary to terrify the comfortable in the process.  The building blocks of reform are not earthquakes and demolition crews. “We’d like to start a Latin Schola in addition to our Contemporary Choir.”  “We are now offering NFP classes, and need volunteers to give their testimony on how NFP has worked in their marriage.”  “We are starting a ministry for the divorced who aren’t able to remarry, if you’ve been in that situation and would like to support others going through this, we’d love to have you.”

2. Address Serious Problems. Did I mention my stray kitten was sick?  Being in pain makes it hard to build new relationships.  Whether it’s schism on the right or heresy on the left, until the serious ills are rectified, there can be no restoration.  Sometimes that means putting the cat in the box and going to the vet.  Gently but firmly.  I know you hate it now, but when this is all better, you’ll be glad.  In desperate times, stay focused on the most desperate problems.  The kitten still doesn’t use his litter box as neatly as he ought . . . we’re patient.  Deal with the big problems, and let the small things work themselves out with time.

3. Keep Inviting.  My not-quite-wild kitten didn’t quit running away the first time I set out a bowl of cat food.  Slowly, patiently, we keep offering opportunities to engage.  The feral faithful aren’t ready join in the parish fun today?  Okay, I’ll let you know next time.  We’re always happy to have you.

4. Feed the Good Stuff.  How do you seduce someone? Give them what they need, and make it beautiful.  If want a cat in my yard, I don’t put out yet more bird seed with the reasoning that only birds ever come to the place.  If I want Catholics firmly grounded in their faith lingering at my parish, I’ve got to offer the type of liturgy, faith formation, and service opportunities that fill the needs of intentional disciples.

That doesn’t mean I starve everyone else.  It does mean that the ratio “milk” and “meat” that we offer be geared towards providing the barely-Catholic with a gracious welcome, but also making it possible for growing disciples to deepen and mature their faith.

But Those People Are Not This Problem

Does all this sound terribly removed from the issues we’re supposed to be discussing at the Synod for the Family?  To the contrary.   The Church is not the Catechism and Canon Law.  The teaching and discipline of the Church serve us, edify us, and form us.  But the “us” is what makes up the Body of Christ.

If my heart is in need of healing, it is my brain that needs to diagnose the problem, my eyes that need to pick the right medicine off the shelf, my hands and mouth that give it to me by way of throat, stomach, and blood vessels, and my legs that need to do the right amount of exercise to rest or train my heart as needed.  If a part of the body that’s “not the problem” isn’t pulling it’s load, the injury will not be so easily healed.

This is my latest contribution to the Patheos Symposium on the Synod for the Family.  See an excellent initial round-up of articles here.  More to come as we wrap this up.  Enjoy!

Photo: w:User:Stavrolo [GFDL or CC BY 3.0], via Wikimedia Commons

July 7, 2014
The True Story of a Mother Whose Teenager Cooks the Family Dinner Every Night
Next Post

July 8, 2014 Tax Collectors and Other Sinners: Family Life & the Place of Wayward Catholics in the Parish
Recent Comments
0 | Leave a Comment
Browse Our Archives
Related posts from Sticking the Corners

Catholic
The Climate of Racial Suspicion
Sticking the Corners