The Mass is Not Your Evangelization Event

Over at Sherry Weddell’s intentional disciples forum, Fr. Guarav Shroff (whose blog you should read) posted a link to an article from the Homiletic & Pastorial Review on The Liturgy and the New Evangelization.  It’s worth reading the whole thing, which looks dense and intimidating but isn’t actually that bad if you make yourself a cup of tea and relax while you read.  But here’s the quote that is behind the story I’m about to tell you:

Without an initial acceptance of the Gospel, and understanding of the Paschal Mystery, the liturgy may be beautiful and intriguing, stirring up the deep desires of man’s heart, but he is not able to know the Gospel, and understand the liturgy taking place, without the Good News being explained with charity and zeal first. It is clear in Sacrosanctum Concilium that there must be an initial evangelization outside of, and before, active participation in the liturgy. The Council Fathers state:

Before men can come to the Liturgy, they must be called to faith and conversion. … The Church, therefore, proclaims to unbelievers the message of salvation to the end that all men may come to know the only true God, and Jesus Christ whom he has sent, and may repent and turn from their own ways. 32

The faithful must give this message to others before inviting them to liturgy. Simply inviting a person to liturgy, with no explanation beforehand, or, worse, to adapt and change the liturgy in an effort to attract and present individuals with an initial evangelization, is a perversion of the purpose of liturgy, and is not an effective means of evangelization. It may be true “that for most parishioners, ‘the Mass will be their only contact with the parish or the Church,’” 33 but that does not mean that the Mass is the vehicle by which the parish should be seeking to proclaim the Gospel for the first time to non-believers, and those who have fallen away, or were never initially converted to the Lord.

Now of course I just wrote the other day about how a decent liturgy is a prerequisite to evangelization. For all the reasons you should have read in the HPR article, I stand by that assertion.  But my own story matches exactly with what these guys are saying: The Mass is not your outreach event. 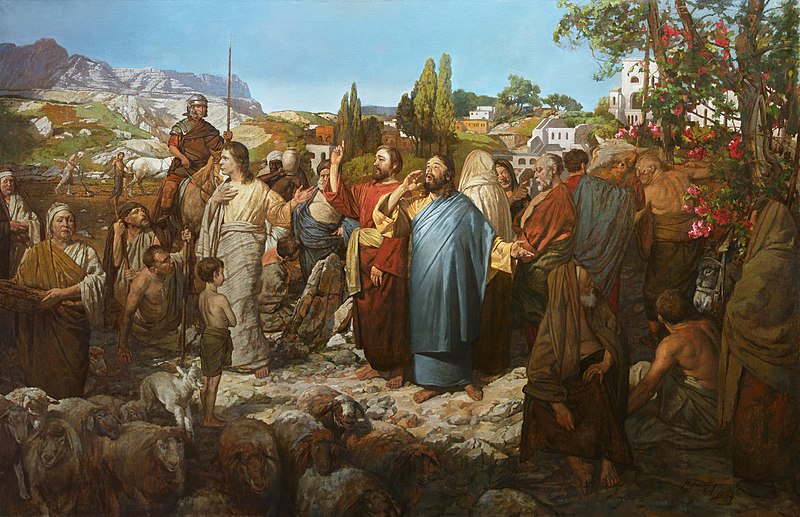 How a Baptist Deacon Made the Mass Make Sense

I was raised lightly-Catholic, and when I was in high school my family moved to a small town where we started going to church.  Father got us all caught up on our sacraments, and when I graduated I was such a model Catholic that I won the Knights of Columbus “Catholic Student of the Year” award.  Within a week of arriving at college, I’d essentially quit attending Mass.

There’s a recipe for how to get a kid to do that, topic for another day. Short version: I wasn’t really evangelized.  Indeed, I’d been faux-evangelized, as happens in many parishes.

So I quit going to Mass, toyed around with this-n-that mortal sin, and by the time I’d finished school I was very staunchly Not A Christian.  My husband and I weren’t married in the Church, because I thought it would be hypocritical to go in for the pretty church wedding when neither of us believed what that church taught.  (Yet more topics for other days, and yes indeed, we got the wedding convalidated in due time, panic not on our behalf.)

Not being in a relationship with God is horrible.  We’re made for that one thing, and when we push that one thing out of our life, no amount of alternate spirituality can fill the gap.  So I started looking for God again.

My husband and I had several false starts before we began going to a local non-denominational Evangelical church together.  I also started slipping off to Mass on Sunday evenings by myself.  If you had asked me, I would have told you I was back to being a Christian.  I hated the confrontational way Evangelicals were always keeping track of who was and wasn’t officially on the Believer’s List.  But inside I was praying, “Jesus, if you are real, show that to me.”

God uses the willing.  Every month at work I would sit down to a meeting with a Baptist deacon whose day job involved, among other things, reviewing pricing information with me once a month.  We’d chat about religion stuff, but it was low key.  Friendly.  I enjoyed chatting about religion stuff.

On a Tuesday in February in 1999, I went over to his cube for the monthly meeting.  I’d just been reading about the Protestant vs. Catholic views on salvation, and I was excited about it.  I told him so — I’d been reading a book, I’d figured it out —

He reached up and grabbed his Bible, and led me to the company cafeteria, where we could talk without the whole cube farm hearing.  He opened his Bible.  Read this.  Flip flip flip.  Read this.  Flip flip flip. Read this.  It was the Roman Road, that famous tool of the Evangelical evangelist, and I was all over it.  He told me afterwards that he just felt the Holy Spirit telling him to do this.  He put the ultimate question to me, probably along the lines of, “Would you like to receive Jesus Christ as your Lord and Savior?”

Yes.  Yes!  This was weird.  Massively weird.  I’d been hoping for a nice quiet introvert-friendly conversion experience, maybe in a pretty Catholic chapel someplace.  I did not care to be the “Seeker” in one of those “How to Evangelize People” videos they show you at non-denom church on Wednesday nights.  But I was.  There’s a reason for those videos.

The Holy Spirit was around us like wind.  Not wind-wind, with papers blowing everywhere, but palpable.  It owned the space.  And I knew with absolute certainty that this was the answer to my prayer.  I knew that I was free to say no, but that this was my one shot.  Say yes now, or say yes never.

So I said yes.

We went out to the picnic benches by the parking lot, and I said the Sinner’s Prayer.

We walked back inside, and I was filled with a powerful, overwhelming urge to go to Mass as soon as I could.

I guess we probably did some amount of the pricing meeting we were being paid to have, but as soon as I got to my cube, I pulled out the phone book (that’s what people used back then) and looked up the next available Mass.  It was the following morning at 8:00.

So I went to that Mass.  I couldn’t wait.

And it was dripping with the Gospel.

At daily Mass, all you get is the Mass.  There are no songs.  A short homily.  Just the Mass.

I’d been to Mass many, many times.  You don’t get Catholic Student of the Year if you don’t go to Mass.  I’d been going most Sundays for the last six months or so.  Even during my agnostic-pagan years, if there was a family thing or whatever, I’d go to Mass, and I’d like it.

It was absolutely, totally, utterly there.

I just couldn’t hear it.

Now, having been evangelized, the liturgy was saturated with meaning, and all of it opened up to me.

What is Mass for the un-Evangelized?

We live in a time, though, when the Church is run backward.  The Mass is our public event, the one place the doors are open to anybody.  And then if you come enough, you might be invited to be catechized. And then, if you’re lucky, you might get evangelized.

It’s like liquid being poured into the small end of a funnel. Don’t try to change your oil that way.

So it’s no surprise that our parishes are dripping gooey nasty puddles of post-Christianity everywhere we go.

Good liturgy matters, because if we haven’t got someplace to deliver the evangelized, they’ll hear the Gospel and be able to do nothing with it.  When the bridegroom sent his servants out into the byways to gather up guests for the feast, it only worked because there was a feast waiting.

But without that evangelization, that proclamation and invitation, the feast ends up just being this room people might happen to walk by, or not, but they never realize there’s a wedding going on, and that they should be part of it.

September 29, 2014
Three Secret Spiritual Benefits (for You!) of Bringing Your Children to Mass
Next Post

October 1, 2014 The Feast of Small Things with Great Drama + My Favorite Calendar
Browse Our Archives
Related posts from Sticking the Corners