Why Can’t We Do Evil that Good Might Come of It? Even to Save a Life? – UPDATED

Erin Arlinghaus challenged me (update below) to explain why it so important for any ethical system, religious or otherwise, to be built on the principles I explain here.  I’ll recap them quickly, but check the tutorial for more examples and explanations.

Principle #1 is “Double Effect” or “Parallel Effect.”  What it means is this: It’s okay to do something good, even if there’s a chance that something bad might happen.  Without this principle, you literally cannot act.  Everything you do bears some risk that there will be a negative side-effect.

So, for example, even though there’s a chance you’ll be horribly burned, costing the family thousands in medical bills and perhaps consigning your children to a life of destitution, you may still cook dinner.   It’s okay.  You aren’t trying to maim and impoverish. You’re just trying to feed people.

Because every good act lives somewhere on the spectrum, the proportion of good and potential unintended evil need to balance.  I might reasonably run into a burning building to save someone’s life, but not to save my spare pair of sneakers.

Principle #2 is “The Ends Don’t Justify the Means” or “You May Not Do Evil that Good Come of it.” The “end” is what we are trying to achieve: I want to rescue my son, fix my car, defend my country, take a hot bath.  The “means” is how we go about doing it.  Unlike principle #1, in this case proportionality has nothing to say.  If an act is inherently evil, it doesn’t matter whether my goal is something small or big.  I mustn’t do evil.

If we don’t have this second principle as a basis of our ethical system, then we are free to do anything at all.  There ceases to be anything evil.  You can walk into a classroom full of kindergartners and shoot them all, if only you have a good enough reason.  Without this principle, there are no morals.

So these two principles together allow you to act without scruple, but restrain you from committing atrocities.  Why are they so hard for us — even good Catholics who ought to know better — to follow?

The Confusing Side Effect of Double Effect

One reason we have difficulty believing that the “ends don’t justify the means” is that the principle of double effect permits a wide variety of very drastic actions.  It allows us, for example, to kill in self-defense.  The conditions are limited, but we tend to forget that.  In fact the “right” to kill is only a right to stop the threat.  We tend to think, however,”Well, if I’m allowed to kill in self-defense, than any of these other actions that fall short of killing are just fine, as long as my reasons are serious enough.”

Or, “Well, if I’m allowed to jump in front of a bus to save my child who ran out into the street, even though I will likely die in the process, I’m allowed to kill myself for any good-enough reason.”

Thus the arguments in favor of this or that immoral act almost always boil down to, “I have good reasons.”

The Avoidance of Suffering is Not the Highest Good

Adding to the confusion is the reality that sometimes we can use a moral means to prevent suffering but sometimes we cannot.   A simple surgical procedure might be all it takes to spare me a minor ailment, and because the risks are proportionate to the benefit, I am free to go under the knife.  But there might be a procedure just as safe, or even safer, that promises to fully save my life, when I am otherwise nearly certain to die.  And yet, if that procedure requires us to commit some immoral act, we cannot resort to it.

But you’ll die! So long as the evil you are committing isn’t more evil than your death, shouldn’t it be okay?!

And the answer is no.  If everything comes down to proportions, I can think of a reason to come into your home and kill your family.  I can force your mother or your sister or your daughter into prostitution.  I can steal everything you own and put you in a cage and leave you to starve, if only I have a good enough reason.

Other evils might bother you less.  It was all fine and good when I did some small act of evil, barely noticeable, and everyone seemed happier for it.  You might be fine with those lesser evils. Indeed, lesser evils are less evil — though they are still evil. But ultimately, a moral system built on proportionality alone means your life, and the life of everyone you love, is mine to do with as I please. 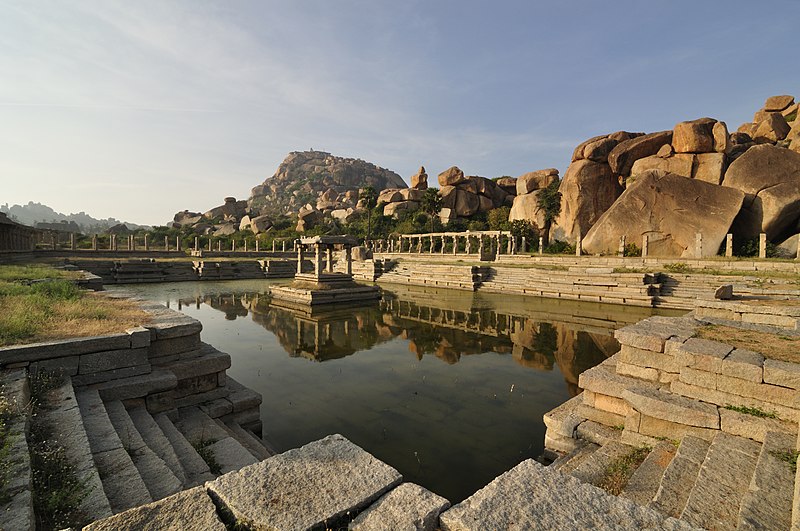 *UPDATED to clarify: Erin challenged me not because she disagrees, which she most assuredly does not.  The challenge was thrown down because she was seeing an awful lot of people in desperate need for a compelling explanation, and everyone knows I’m a sucker for making attempts at stuff like this.

Image by Dey.sandip (Own work) [CC BY-SA 3.0], via Wikimedia Commons

December 16, 2014 Subtle Smackdown: Vatican Report on American Women Religious is a Warning for Every Parish and Diocese
Browse Our Archives
Related posts from Sticking the Corners