This story is for Melanie Bettinelli, who is far more thoughtful than I am, and her house is in better order.

So just before Thanksgiving this year, me and another mom got an invitation.  We had a new friend who we’d met because our daughters played sports together and liked each other.  And she said, “I’d like to have you over to do a Thanksgiving craft with us.”

We said yes, even though we were not really looking for Thanksgiving crafts, but we knew that friendship and community life is important.

On the appointed day we rearranged schedules as needed and made the time.

It was not a complicated event.  It was not a huge affair.  It was three families spending a few hours together on a weekday afternoon.  There were some snacks, the host mom made the other moms coffee, and the kids did their crafts and then went to play, and the three moms got to know each other better.

That was it.  It was the best thing ever.

I had shown up tired and overwrought and useless for intelligent conversation, and I went home feeling alive and refreshed and full of hope.  A few hours with a couple other moms, talking about things that were important to all of us, in a clean, tranquil house full of happy kids.

I don’t really know if my friend had to muster every ounce of bravery in order to extend the invitation, or if she’s one of those people who lives from tea party to tea party.  Probably something in between.  I do know that the Christian community my children are growing up in consists of invitations like this.  I have a friend who puts on an Advent Tea for Girls every year; of course we come.  My in-laws have a few events they host.  There are a few things that are sponsored by our parish as a whole, or by a parish group, or by some apostolate separate from, but working in sync with, the Church.

Likewise, my children’s spiritual formation is a combination of what they learn at home, what they learn participating in formal programs or ministries sponsored by this or that corner of the Church, and small events hosted by fellow families who see a need and act.

An example of the latter: Our local youth groups are stretched to their max doing what they do, which is primarily evangelism and early discipleship.  They do good work, and I’m glad for my children to be involved.  But several of us were looking for an apologetics course — the kind of thing that was more than our local youth groups were in a position to offer just now.  Finally, one of the dads, who is a pro at apologetics, but not able to get into formal ministry work at this time, decided what he could do is open his home a couple nights a month: Come have supper then learn some apologetics.

This is how it’s done.  Each of us offering the little we can, in the times and places we can.  The big vision isn’t being achieved by one massive coordinated effort.  It’s being achieved by countless mini-invitations, some of which we have to decline, others we can gratefully accept, a few we can extend ourselves.

I don’t live in Catholic Wonderland.  I live in as typical a corner of American Catholicism as you could hope to make a sitcom about.  Since it’s the Bible Belt, we are helped by a culture of discipleship in the evangelical congregations that surround us — but my children’s Catholic childhood community looks nothing like the typical pattern for evangelical kids.  We may be buoyed by the surrounding evangelical culture, but our reality is distinctively Catholic not just in the decorations, but in the overall rhythm of interaction.

There’s a greater vision we’re working towards, but it’s not something that will ever be fully achieved.  The big vision isn’t an action though, it’s a motivation.  It is the perspective that helps us know that yes, when your friend invites you to come do the craft, you change your schedule to go do the craft. 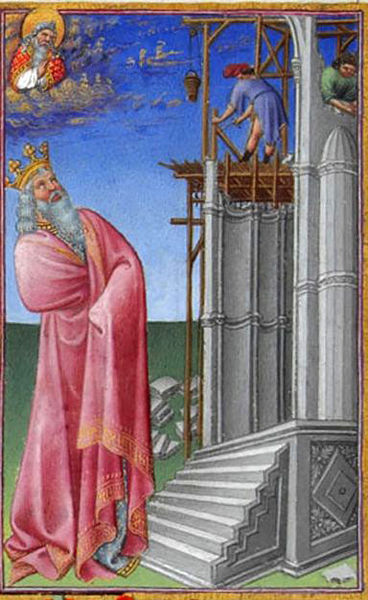 January 17, 2015 The 2nd Commandment is Like It: The US Bishops Face Their Boko Haram
Browse Our Archives
Related posts from Sticking the Corners

Catholic
Catch Me Tonight on The Journey Home!
Sticking the Corners

Catholic
Parsing Out the Physical from the Psychological in...
Sticking the Corners

Catholic
What is "Scandal"?
Sticking the Corners
TRENDING AT PATHEOS Catholic

A Way to Schism and Crisis: the German...
The Catholic Church is headed towards schism in Germany. With the German...
view all Catholic blogs
Copyright 2008-2021, Patheos. All rights reserved.
Close Ad