Chastity for Thee But Not for Me?

Here is what I find most amusing about the reactions to the Pence Anti-Adultery plan:

It turns out the people who ordinarily believe that it is both impossible and undesirable to refrain from intercourse out of wedlock are, in the case of the sitting Vice President, certain he must be an exception to that rule.  Ordinary mortals have no such capacity for self control! They’d be harmed by trying, and anyway it wouldn’t work!

But either they know Mr. Pence to be a class apart, or they are so moved by the beauty and allure of Mrs. Pence that they find it unbelievable her husband might ever be tempted to stray.

Most interesting.   Anyway, we obviously don’t need birth control or abortion, since all you need to do is buck up and act like a man.

(In fact we don’t.  In fact we do need you to buck up and act like a man.  But it’s not often I hear the left saying such things.)

There was an era when ordinary married people understood human frailty.  Having recognized that sex outside of wedlock was potentially disastrous for all involved, grown-ups resolved to practice self-denial in that regard.  Self-denial it sometimes is, because although our rational minds can see that nothing good can come of adultery, sometimes our rational minds take the backseat to our disordered desires.

Don’t believe me? Ask anyone who’s ever tried to stick to a strict diet.

It doesn’t mean you can’t do it.  But we should have sympathy, not condemnation, for those who don’t find it as easy to abstain as you do.

A Marriage Affirming Romantic Comedy About Adultery.  Watch the movie.  Well worth your time.

Whom Does Modesty Serve? A refresher on what the practice of modesty with regard to sexuality — which is what the Pence Plan is a form of — is really about:

. . . Some people will argue that because modesty doesn’t serve anything other than its intended purpose, it therefore has no value.  That’s a bit like saying that safe driving habits are of no value because you can just drive your car into a wall if you wish to wreck it.

. . . Some people will say that acts of sexual violence are due to a lack of modesty.  That would be like proposing the reason your neighbor slashed your tires was because you didn’t rotate them regularly.

Adultery is Not the Only Option: 5 Things You Can Do to Keep Your Vows Intact.  This was written one of those weeks when everyone was so certain that it was just plain impossible for priests to keep their vows.  This week, of course, all good men are capable of perfect chastity without even trying.  But some readers might find this useful all the same.

Link shared by a friend: First Things wrote back at the turn of century about the efforts of a soldier to avoid near occasions of sin, and why the Air Force just couldn’t have that.  This debate isn’t new.  Of course the record of the armed forces where chastity is concerned shows us that the soldier in question was just nuts, right?  Extramarital sex just isn’t a problem, guys!

Tip: Approximately 60% of my readers should be subscribing to First Things.  If you’re one of them, you might want to get on that.

And finally, Simcha Fisher’s unpopular opinion on prom dress code guides deserves credit for summing up the whole debate in one question: “How Does One Explain Things That Any Cat Would Understand?” But goodness knows we’ll still try.

April 18, 2017 When Warfare Doesn't Work
Browse Our Archives
Follow Us!

George Will and the Millstone of...
Catholic and Enjoying It!
Related posts from Sticking the Corners

Catholic
Is There Any Hope for People Like You...
Sticking the Corners

Catholic
Idol-Tossing, Yay or Nay? It's Not that Complicated,...
Sticking the Corners 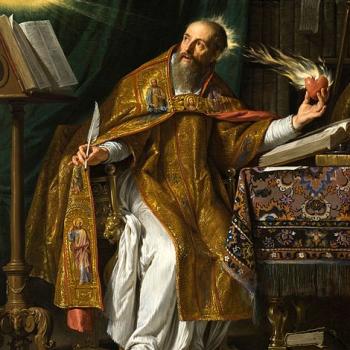 Catholic
What if a Saint Was Gay?
Sticking the Corners
TRENDING AT PATHEOS Catholic