Doubt, Demoralization, and the Company You Keep

Doubt, Demoralization, and the Company You Keep November 29, 2017 Jennifer Fitz

More and more of my Catholic friends are struggling to stay Catholic.  They are demoralized and discouraged.  They see many people who claim to be faithful Catholics, but who:

Here’s a sample conversation from a friend’s social-media account:

Demoralized Friend: I feel like all the Catholics I know are complete jerks who don’t care anything about the human person, and just want you to shut up and slap a Jesus sticker on all their bad behavior.

Atheist Friend: This is why I’m an atheist.

Catholic Jerk Friend: Yo Atheist!  YOU ARE GOING TO HELL.  REPENT RIGHT NOW OR YOU ARE ETERNALLY DAMNED.

Atheist Friend:  Weirdly, I don’t find that to be a very compelling argument for the faith.

Catholic Jerk Friend: Yo Demoralized Catholic Friend!  God has a message for you, too: QUIT WHINING, WHINER.

And of course into all this, Demoralized Friend is fed a steady stream of articles from nasty jerkish Professional Catholics, carefully designed to make sure that when she kicks up her feet after a long day of dealing in person with nasty jerkish Catholics, she can log onto the internet and find yet more.

This is not the Catholic faith.

This is an example of people proving why bad behavior is not what God wants for you.

The fact that Catholics do behave badly is literally an article of our faith.  We stand up at every Mass and publically declare it.  But what we always, always, insist is this: You aren’t meant to be like this.

Being a stupid jerk is not what God wants for you.  It is not what will make you happy, either in this life or the next.  So when instead of exalting Jesus Christ you exalt your asinine behavior, you have parted ways with the narrow road.

Catholic friends, there is such a thing as too much open-mindedness.

Will all your friends in this life be flawed persons in need of compassion and forgiveness and a periodic kick in the rear?  Yes they will.

But you must choose friends who, despite their flaws, help you grow in your faith.

I don’t know who those people are for you.  Look around.  Check under the couch cushions and behind corners, and don’t be afraid to find the people who encourage you and build up your faith in weird places.

God did not appoint you Minister of Asinine Behavior, responsible for keeping up with the doings of  every stupid, selfish, craven blight of an excuse for a Catholic.

Get a New Hobby

There is a certain amount of forbearance and forgiveness that God is calling on you to exercise.

That amount is plenty.

It is an act of pride — the deadly-sin sort of pride — to presume you are such a wellspring of the depths of mercy that you, personally, don’t need any of the boundaries that other mere mortals require.

You get kicked around enough just enduring those things which can’t be avoided.  Don’t go seeking out more.  Find something else to do that takes your mind off the evil people as much as you can possibly  manage.

Don’t give up on God.  God loves you.  God wants you to know Him, and delight in Him, and find rest in Him.

Don’t settle for hucksters selling Jesus-brand loads of venomous nonsense.  Insist on the real thing, brought to you by the Father, Son & Holy Spirit, amen.

Madonna of the Rosary, by Caravaggio (of course). Public Domain, via Wikimedia. 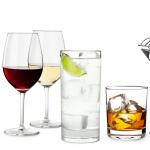 November 21, 2017
Is Alcohol to Blame in Sexual Assault?
Next Post

December 4, 2017 On the Senate's Tax Plan to Repeal the Obamacare Mandate
Browse Our Archives
get the latest from
Sticking the Corners
Sign up for our newsletter
POPULAR AT PATHEOS Catholic
1

If Any Drug Tested on HEK-293...
Through Catholic Lenses
Related posts from Sticking the Corners