In the aftermath of the fire at Notre Dame Cathedral in Paris, France, several wealthy donors have stepped forward to fund a sizable portion of the rebuilding project. While this generosity is inspiring for some and consoling for others, it has also spurred harsh criticism: If you really loved Jesus, you’d spend that money on the poor. How can anyone in good conscience devote so much wealth to such a vain pursuit?

It is a valid question, and one I’d like to look at on three levels: The national, the local, and the personal.

What to do with an Enormous Stone Ruin?

The cathedral is owned by the French government, an inheritance it did not choose,* but did choose to keep. For whatever reason, France’s elected and appointed leaders have decided that, at least until now, the cathedral has been worth maintaining. Go figure. But now they stand at a crossroads. Perhaps the whole thing should be scrapped. A little demolition work and you could put in high rise condominiums and maybe an office park. Nice.

Weirdly, that’s not a very popular idea among the French. Restoration it will be. Here’s the rub: If the French government wants to fund a restoration, French taxpayers have to foot the bill. The wealthy donors who have stepped forward could have opted to sit back and find out what their share of the national bill would be. Instead, their donation is lowering the tax bill for other citizens, and freeing the government to allocate more of its spending to programs like health care, education, and housing for the poor.

To my mind, if the rebuilding of the cathedral is a given, choosing to take some of the cost off the shoulders of the poor and middle class is a worthwhile pursuit.

A Cathedral Serves its Locals

Essentially these major donors have chosen to tax themselves to fund a public work they value. But what is the value in it? Is Notre Dame just a playground for the wealthy elite?

On the contrary. The nature of a church is that it is open to all. Anyone is free to walk in and pray, admire the artwork, or listen to the organ. When we say the Church needs to serve the homeless or refugees, we of course mean that Christians have an obligation to perform the corporal works of mercy: Feed the hungry, give drink to the thirsty, clothe the naked, and so forth. But we Christians also have an obligation to perform the spiritual works of mercy for the least among us.

When people propose selling off the Church’s beautiful buildings and artwork to raise funds for this or that highly worthy cause, what they are saying is this: People who can afford it should have the beautiful things. You poor don’t deserve it.

These high-profile donations send the opposite message. We have zillionaires who could easily fund their own private oratories to their personal specifications, but instead they are choosing to hand over their cash to create an achingly beautiful space that will literally be open to the entire world.

Do the Poor Need Beauty?

On the face of it, the message behind the anti-donation message seems to be this: Poor people don’t need cathedrals. They don’t appreciate beautiful things, their impoverished souls are just as well off without all this superfluous inspiration, and anyway, solving physical crises is more important.

Well, it is certainly easy to get carried away in the other direction, using “the poor will always be with us” as an excuse for self-indulgence. I know nothing about the state of the souls of the donors who have made the news. Perhaps they are wretchedly selfish people.

What I do know is that many of the people passing around these self-righteous memes don’t actually practice what they preach. They paint their nails and color their hair, when that money could be used to feed the homeless. They buy a pretty scarf or tickets to the game just for fun, rather than using the money to clothe the naked. They squander vast sums on iTunes and Netflix and off-brand soda – money that seems like just a few little harmless pleasures until you consider that it could be used to help refugees.

If these Notre Dame donors are sinning by offering to fund the restoration of a public work of art and house of worship, their sin is only greater in its size, not in its kind. Where are the protests against the existence of Disneyland and the NFL? That’s a whole lotta of wealth people aren’t coughing up towards a cure for malaria.

Perfect charity doesn’t come easily. It may well be that these prominent donors are guilty of many terrible sins involving the accumulation and use of their riches. Our Lord has a few pointed warnings about the dangers of wealth. Perhaps these donors shouldn’t be putting as much of their money towards the rebuilding of a church, and God is calling them to set their eyes on relieving suffering elsewhere in the world. It is worth discerning, and I would fault no one who felt that God was calling them to direct their giving, no matter the amount, towards corporal works of mercy, even if the parish building fund suffered as a result.

And Then It’s More Personal Still

For my part, I’m grateful for the many people who “selfishly” chose to the build the churches in which I have prayed and will pray. Could we worship just as well in an empty gravel lot? Perhaps. But, weak soul that I am, I have never once walked into a Catholic church of any size or description and thought to myself, “Curse those wretches who so selfishly paid for this!” When I walk into a parish, any parish, I am the recipient of the funders’ generosity. And if you could only see how desperately sinful my soul is, you’d understand there are a whole lot worse ways to spend your money than building wretches like me an architectural nudge towards the grace of God.

*Yes, I know, it was a French government, to use the term govern loosely, that seized all the churches. But it wasn’t the present regime. And yes, like the uncouth American that I am, I use the words “state” and “government” interchangeably. Please don’t write me about that, European friends, you already wrote me about that before. The state owns it, the government directs it. I know. 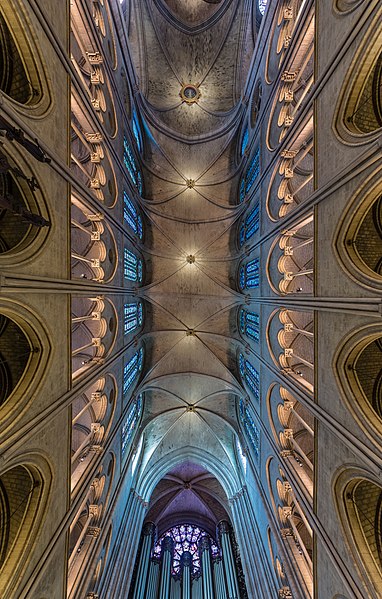 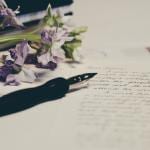 May 11, 2019 To My Child's Pro-Choice Friend
Browse Our Archives
Related posts from Sticking the Corners