Here’s an article on a fantastic initiative in the Archdiocese of Baltimore, in which dedicated missionaries are truly evangelizing, brother-to-brother, the homeless near the Basilica of the National Shrine of the Assumption.  Read it and take notes.  This is what evangelization should be.  (Happy feast day, Mother Theresa!)

Father Boric has plans to recruit a couple more missionaries. While FOCUS missionaries generally must raise about $30,000 a year to cover their expenses, he wants to be able to provide all of that so the missionaries can focus on their ministry, instead of fundraising.

“I need to provide everything, except for their own health insurance – that’s the one thing I can’t provide for,” Father Boric said. He donated his old 2008 Toyota Corolla to the project as the “mission car.”

Check out those living expenses. These are healthy, childless young adults living in housing that is already owned by the Basilica.  They are, presumably, committed to a life of solidarity with the poor, avoiding extraneous luxuries.  Their $30K a year does not include health insurance.  It certainly doesn’t include any costs related to supporting a family.

$30K a year is working full time at $15 an hour (before taxes).  You can check here for information about minimum wages around the United States.

Am I saying that the legal minimum wage needs to be raised?  No I am not.  I am not, in this post, making any specific policy prescriptions. I’m observing that the archdiocese has stumbled upon an obvious line in the sand between living wages and poverty.

And, related to a column of mine that will be coming out shortly (location TBD), when our life as a Church is organized around the assumption that people in the pews have spare time and cash on hand, we are deciding that poor people need not apply.  I think for most American parishes, taking the steps to make the parish friendly to non-middle-class people is a radical change.  We have many ministries to the poor, but little expectation that the poor are meant to be part of our church community, equals in the work of ministering and evangelizing.  Glad to see Baltimore getting something going in that direction.

Artwork:  “Waiting for a Living Wage”, poster, produced by the Suffrage Atelier and designed by Catherine Courtauld in 1913, Public Domain, via Wikimedia.  A century later, America’s poor are not physically starving, thank God.  Spiritually?  Yes indeed.  The parish wage-floor is part of the problem.

UPDATE: In response to some reader questions, I clarify a few points over at the Conspiracy. 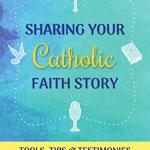 August 30, 2019
Labor Day Reading (Free Book): Learn to Tell the Story of You and Jesus
Next Post