What if a Saint Was Gay?

As I write, the usual suspects are circulating conjecture about a newly-canonized saint: Maybe this person was gay!

Well, maybe so, maybe not — as we could safely say about every single person in the universe.  What does that have to do with us?

#1 Get Your Mind Out of the Gutter

Quit acting like you’re fourteen years old and passing notes in the back of Algebra class.

Likewise, and regardless of who they are and are not sexually attracted to, most people must put effort into living chastely, and a lucky few don’t have as much difficulty.   Much as we wish it would, neither that part of your brain nor any other presto-chango puts on Instant Holiness the moment you accept Jesus into your heart.

So we know that statistically speaking, without requiring any frenzied search through dusty documents to make our case, that any given saint probably had to work hard to practice the virtue of chastity. The willingness to do the work, even though it required a life of constant contrition and repentance and turning again and again to the Throne of Grace is what made this person a saint.

Beyond that?  Mind your own business.  It is bad for your soul to go digging around trying to get dirt on someone else’s private sins.  It is enough that we must bear with each other’s public sins.

What causes juvenile busybodies to pull out the I bet they’re making out card?  Friendship.  As among high school freshman so it is on the internet: If there’s evidence you’re good friends with someone of the opposite sex, you must be having an affair; if the same sex, you must be gay.  To those who know nothing about love and are just awakening to their own sexuality, everything’s sex sex sex.

This is a need.  You will be physically, emotionally, and spiritually healthier if you take care of this intrinsic need.

For those who are married, of course your spouse will also (we hope) be a source of intimacy and support through life’s many joys and trials. It is too easy, however, regardless of your state in life, to settle for the burbling flow of passing acquaintances, and never attend to your need for intimate companionship.

Yes, find joy in getting to know all the many people you interact with just because they are there.  They, too, play an important role in your life.  But every now and then you’ll get to know someone whose heart is like yours in special way.

This other person is always a source of refreshment, never sucking energy out of you, always building you up. You feel safe sharing your struggles with this person because he or she understands so well and wants only your good. Even when the two of you are absent from each other for months or years, on meeting again it is as if you’d never parted.  No amount of suffering or change of life weakens your bond.

Treasure these friendships.  Don’t let the fear of gossip-mongers present or future get in the way of your growing in holiness through the ministry of your closest friends.

#3 Don’t Give Up on Saintliness

An acquaintance recently admitted she’d been staying away from church due to a persistent sin in her life.  Good news: Church is literally made for those of us who must struggle with persistent sin.

It is hard.  We want to be holy, but we are plagued by a tendency to sin that keeps us from perfect holiness.  As we get dragged down by our sins, we grow more and more ashamed.  Sometimes our sins are so intractable that it feels like we can’t even function in church-life.

When you hear about the Prodigal Son, or the One Lost Sheep, do you sometimes feel like you are a nastier, uglier, harder-to-save version of wretched sinner?  Do you feel like you cannot be saved because you are so damn mired in weakness and failure?

Well, it is hard to believe, but you are exactly the person Jesus came to save. He doesn’t need to bother with saving people who are already holy.  He came to rescue you from your sins because you cannot rescue yourself.

#4 There is No Ninety-Nine

If you think in the story of the Prodigal Son that you are the elder brother?  You’re wrong.  You’re the prodigal.  Because, punch line: The elder brother was just as much in need of his father’s mercy and generosity.

If you think in the parable of the lost sheep that you’re one of the ninety-nine that didn’t go astray?  Honey you are LOST.  You are more lost than anyone else, because you are lost and you don’t even know it.  We are all the one. Jesus comes after each and every one of us, one soul at a time, because every single one of us is the one who almost got away, and He wants us, and He will do whatever it takes to rescue us.

#5 It Isn’t the Sin that Makes a Saint Special

Whether by human or divine wisdom, it can be helpful at times to see that someone else struggles with the same sin you do.  More often, though, looking too closely at someone else’s sins is a trap.  If the other’s sins seem greater than ours, we can fall into the illusion that we are holier because we don’t have such temptations; if the other’s sins seem less than ours, we can fall into despair.

Don’t go there.  Every saint struggled with sin, and grew in holiness not because of the sin, but by the nature of the struggle.

So here’s an irony to the childish twittering of internet pundits who feel the need to pry into men’s private lives: What makes a saint saintly is intimate friendship with Jesus Christ.

How intimate?  So friggin’ intimate that God Himself uses the sexual relationship between husband and wife as the very image of His love for us, His bride, the Church.  So yeah, giggle away, kiddos, that’s your Redeemer coming with a flaming sword and He wants to spend eternity in a relationship with you that is so profound and so intense and so joyful and so ecstatic that you’ll get to Heaven and never think about sex again because sex will seem so pale and passing in comparison to what God has in store for you next.

That is the answer to sin.  That is what makes a saint. Intimate friendship in perfect love with Jesus Christ. 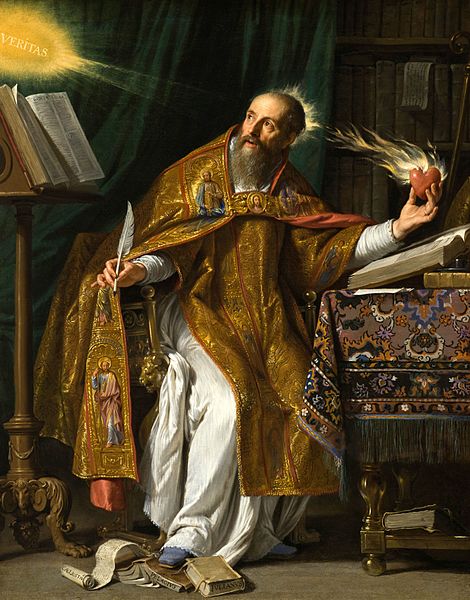 October 21, 2019 Idol-Tossing, Yay or Nay? It's Not that Complicated, Sheesh.
Browse Our Archives
get the latest updates from
Sticking the Corners
and the Patheos
Catholic
Channel
POPULAR AT PATHEOS Catholic
1

Catholic
The Pitfalls of Using Legal Precedent to Support...
Sticking the Corners
TRENDING AT PATHEOS Catholic