Excuse Me, Your Idols Are Showing: Why an Athlete Kneeling is Totally Biblical

A few weeks ago, a woman stopped by the Jerseygirl, JESUS Facebook page, to tell me that she absolutely, positively, was in no way going to sign up for The Banquet, an online membership community I’ve started. When I asked her why, she said, “Because I am a conservative Christian and so I don’t believe in social justice.”

I laughed out loud, and thought, what the heck Bible is she reading? Because my Bible is filled with social justice.  I mean, it’s kind of hard to miss. It’s right there, in the Hebrew scriptures and the Gospels and Letters. This little library of books we hold so dear is literally dripping social justice and the subversion of empire.

And now, as athletes from various sports teams from all over the country are following in Colin Kaepernick’s lead and taking a knee during the national anthem, people are storming Facebook (again) after the president of the United States absurdly called for any kneeling NFL player to be fired (which is an entirely different post. Suffice it to say that if your true blue American ideals are not deeply disturbed by our president calling for the firing of a person exercising their first amendment rights, then you may need a refresher civics course. Just sayin’.).

Many of the people who are sputtering and red in the face over the fact that athletes are kneeling are — no surprise here — Christians. White Christians.  Christians who maybe have their gods a little confused, because I’m gonna take a hot second to say here: the flag is not supposed to be your god. The national anthem is not supposed to be your god. Excuse me, but your idols are showing, because if you’re more upset by an athlete respectfully taking a knee (and I’ll talk more about that in a minute) than you are about actual human lives being lost, then you should maybe add a Bible class to that Civics class you need to take. Also, maybe a Google spreadsheet class, because that program has this handy-dandy tool where you can number things and then sort your freaking priorities.

I hear a lot of Christians saying we’re supposed to accept the powers that be because God installed the government, pointing to a few scriptures that they are taking out of the larger context. When you look at Jesus’ ministry as a whole, everything about it was subverting empire, and many of Jesus’ actions were highly political — from the calling of the first disciples, who as fishermen were intricately entwined with the Roman economic system to his care for the poor and oppressed. Jesus regularly made anti-empire statements with both word and deed. That might have something to do with why the Romans killed him.

Micah tells us that all God requires of us is to “do justice, to love kindness, and walk humbly with our God.” (6:8).  And in Daniel 3, when Nebuchadnezzar builds a huge statue and demands that people bow down, Daniel and his buddies don’t. When everyone else is kneeling down, these guys stay standing.

See where I’m going with this?

It’s not anti-God to protest. In fact, it’s pretty Biblical. Especially when it comes to false gods.

But disrespect! Everyone cries. And then they start talking about how this peaceful protest is disrespectful to our armed forces, who put their lives on the line to protect us. But this is binary thinking, and ultimately limited. A peaceful protest against a country that systemically and institutionally oppresses a people group while claiming to uphold the ideals of “liberty and justice for all” is not disrespectful to our armed services. What would be disrespectful to the brave men and women protect our country would be to not exercise the first amendment rights they risk their lives for everyday. What would be disrespectful would be to stand silent while injustice continues to be perpetrated against whole groups of people because of the color of their skin.

The level of vitriol in response to these men simply taking a knee is ridiculous, especially considering that the protesters are standing up against actual murder, and all they are doing is putting a knee on the ground to make a statement. But when we consider the social implications of kneeling, the negative response they’re getting makes even less sense.

Kneeling is very different than indifference, for example. These protesters are not lounging back on their couch with their hands down their pants — they’re taking a stance of deeply held deference.

Kneeling is not disrespect. They are not mooning people, or giving people the finger. They are not stomping on a flag, nor are they defacing it in any way. People kneel when they want to show respect for something.

Kneeling is vulnerable, and there is no courage without vulnerability. These protesters are willingly taking a vulnerable stance in a courageous act that says, “Things are not okay.”

Kneeling is a sign of gratitude and respect. People who love to hate these guys also love to point out that they are millionaires, which somehow means they don’t get to have an opinion or a belief system. Kneeling is a way that these men are saying, “I am grateful for the privilege of being born in this country, of getting to play this sport, and I’m going to use that privilege to make a statement that things are not okay.”

If all you can see is “disrespect” when you see an athlete kneel during the national anthem, you need to look a little deeper — at both the athlete’s motives, and your own false idols. Most likely, if you’re pissed off by this protest, it’s because it threatens something you hold dear — your privilege. In fact, if you’re this bothered by it, then you’re exactly the person who needs to be changed by it. You are the person it’s for.

If the playing field, so to speak, were truly equal, then one of two things would happen: either young black men would no longer have to fear for their lives, or our young white men would have to start fearing for theirs. If your white son, your nephew, your father had to deal with the fear of being unlawfully shot every day, and then, when it finally happened, justice was elusive — would you not take a knee to say, “This is not okay?”

Or are you one of Nebuchadnezzar’s minions, ready to kneel at the feet of your nationalistic idols, your secure white privilege, and your assumption that you have the right to be entertained without being inconvenienced by truth?

I’ll have to say this one more time. Ppsssst.

Your idols are showing. 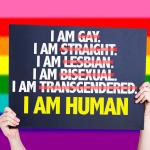 August 30, 2017
The Nashville Statement: It Gets Everything Wrong
Next Post 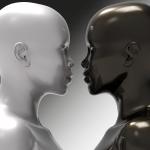