Where God Goes: Thanks Christians, but Leonard Cohen’s Original Halleluja is Fine by Me

Where God Goes: Thanks Christians, but Leonard Cohen’s Original Halleluja is Fine by Me January 13, 2019 Kerry Connelly

The first time I ever heard Leonard Cohen’s Halleluja was at a funeral. It has forever ruined me for the song — I have no idea who the woman was who sang it that sad day, but she should be the only person who ever sings it again, ever*.

The funeral was for my former boss, Ron. Like the woman who sang for his funeral, Ron ruined me for all bosses since. Ron was one of a kind. Tall, with a salt and pepper ponytail (when I first met him) and a trademark handlebar mustache, he could sell anything to anyone. Ron was generous to a fault, and this did not make him perfect. He was as imperfect as a man could ever be. But he was kind, and loving, and caring; he was hysterically funny and creative, and passionate about life, and the world simply does not vibrate as highly as it did when he was here on earth. Without him here, it is as if there is a vacuum where once there was vibrant color; as if a little bit of love and joy and laughter has left the room. The pride that emanated from Ron when he spoke of his three sons was palpable; the protectiveness he displayed when he thought I was in danger was fatherly; the generosity he displayed in his holiday gifts, the gifts when my daughter was born, the shared meals and experiences — I am a changed person for knowing Ron.

And at his funeral, he continued the offerings. I heard this stranger, this woman sing Leonard Cohen’s Hallelujah, and I broke a little.

In the time since Ron died (God — how is it so many years ago already? How is it fair that he is gone?) Christians — those of my own ilk — have reworked the perfect lyrics of Cohen’s poetry to make them more….I dunno, holy or some shit like that.

But I don’t think there’s anything holier than a broken king singing hallelujah.

Now — don’t get me wrong. I’m not about to excuse King David and his rape of Bathsheba. I’m all about calling that shit out, and I’ll smash the patriarchy to bits if someone would just hand me a hammer. Patriarchy and power structures and the truth of sexual politics are important and not to be ignored or patronized.

But that’s not what Cohen’s song is about.

Cohen’s song is about love — the imperfect kind that we humans are capable of. It’s the kind of love that fights dirty; it’s about the smell of sex, and the scent of love, and way we can be consumed with the things that bind us and break us, the things that eat us for dinner. Cohen’s song is about the love distorted by dysfunctional parents; it’s about the way we break into a million pieces from the fear of being left; it’s about deep anxiety; it’s about doubt and pain and defensiveness. It’s about pushing the people who love us well away. It’s about cold back alleys and heartbreak hotels. It’s about brokenness, where the beauty lives, scarred arms and hangovers, DUI’s and black sheep of families.

After all, it’s the broken places God goes to find us…because God loves us that much.

Listen, I’m all about the baby Jesus. I mean, I’m a sold out Jesus freak. But I’m not a Jesus Freak in spite of my own brokenness. I’m a Jesus Freak because my brokenness doesn’t scare Jesus away. Jesus doesn’t need a sanitized version of his own story to come searching for me. Jesus is the kind of guy — the kind of blood and guts God — who walks the back alleys of my humanity to find me. And when he does, he opens his arms wide so I can fall into his beautiful embrace and know that I am home, imperfect love and all.

Ron was Jewish. One of my favorite memories of him was when a co-worker had a death in the family, and I went to sit shiva for the very first time. Knowing my interest in the scriptures and traditions even then, Ron encouraged me into the circle of prayer, welcomed me with that big smile, that generous hug, that huge aura of love that emanated from him. Ron was a walking Halleluja  — his every fault (and there were many) a praise song to life. I was uncertain about drawing closer, because the prayers were unfamiliar, and I am always so concerned with doing no harm, and not offending. I was certain my gentile presence would somehow make a scene in this sacred space. But what I will never forget is Ron, and his imperfect arms opened wide, into the circle, welcoming.

The Cohen song is old, and so is the story of its re-worked lyrics. From the perspective of the dead art of blogging, writing this piece isn’t my best move, promotionally speaking. But Ron’s presence feels near to me today, and the song popped into my head, and I remembered the way we Christians love to fix every broken thing as if it was our mandate in life.

But oh — and I am letting out a gush of air here, I am breathing out the name of God with a whoosh, the way YHWH is supposed to be uttered: the intake of air on the YH, the rush of air out on the WH — GOD is a God of brokenness, like Jesus on the cross. God is a God of beauty with pain, of imperfect love, of blood and guts, of anxiety and back alley fear. God is a god who has no use for perfectionism, no need to be sanitized. God doesn’t even need to be told the Jesus story back to Godself. God’s good that way.

What God wants is our imperfection. Our honest, blood-curdling wails of pain; our inside monsters, scratching to get out. God wants our broken love, our hot messes, our insufficiency. God wants it all, and God needs no antiseptic hand soap before the hug.

So I’m totally cool with Cohen’s original lyrics about a visceral love, a broken kind of love played out by dysfunctional people who maybe don’t even know how to exist, much less love. We have plenty of songs about babies in mangers, about God on a cross. I’m really more in tune with the songs about the broken people lifting up a hallelujah, anyway.

That, after all, is where truth is. Where love is.

*Except maybe K.D. Lang, who can sing me to sleep any damn time she ever wants to. 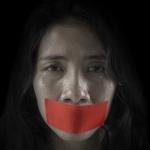 January 7, 2019
Here's Why I'm Not About to Tone-Police Rashida Tlaib
Next Post 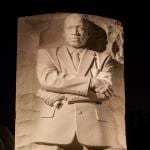 God Said It, I Believe It,...
Freelance Christianity
Related posts from Jerseygirl, JESUS