The scene was painful to watch and, unfortunately, probably familiar to a multitude of women. There sits the person with power,  behind a desk, banked by cronies who heckle and laugh and egg on. There, in front of the desk, is the vulnerable person, whose fate is held, in one way or another, in the hands of the powerful. Suddenly the powerful one decides to play a little game of entitlement, commands the vulnerable one to come a little closer, and crosses every professional and personal boundary that matters — they reach out and touch another person’s body without consent. And then they laugh about it.

Or in this case, they cheer.

The fact that this time, the powerful person was a woman, and the vulnerable person a young man, does nothing to mitigate the fact that it was sexual harassment. Including the statement by Benjamin Glaze, the young man in question, in which he said he “didn’t feel sexually harassed by Katy Perry.” (More on believing victims in a minute.)

Of course he’s not going to say Katy Perry sexually harassed her. She — and my guess is, whatever contract he signed when he agreed to be on American Idol — is still holding all the power.

Listen — sexual harassment is rarely, if ever, just about sex. It’s about power. It’s an unequal playing field, and that’s what makes it possible.  It’s hard to tell someone with power to stop what they’re doing, especially when what they are doing is assaulting you. There is a range of emotions that play out in your head in that moment, and fight, flight or freeze responses definitely kick in. Your brain shuts downs and quite literally, you go into survival mode. It doesn’t matter if there is no threat to your actual life. A lot of people would easily laugh off Katy Perry’s sexual assault of Benjamin Glaze as nothing but an innocent flirtation, a little harmless fun. But the fact is, it was all about power, and the power structures that made it possible.

Sometimes those power structures are as blatant as in this case — Glaze was a competitor in a show in which Katy Perry was a judge, and a famous one, at that. But other times, the power structures are as subtle as the social mores that are embedded in our psyches from childhood — narratives that say good girls just smile and acquiesce (especially to authority figures) while strong boys conquer and take ownership. That shit can be hard to undo in our heads, much less those highly tense moments in which someone is touching you, or kissing you, in front of a lot of other people, and then laughing about it. All your brain can do at that moment is figure out how to get out alive.

And the way we get out alive is to stick with the roles that have always worked — even if they are not the ones we’d choose to use in retrospect, or the ones we know would be best for us. We resort to the roles that we know will keep us alive, so we can survive the moment and live to sing another day.

And we keep playing those roles, too, even when other people point to what happened and say, Hold up there, skippy, that smells like sexual harassment to me.  Sometimes, in our innocence, we want to think the best of someone. We want them to be nice in our minds. Because even predators are people who can smile nice — and sometimes, even nice people make mistakes. Sometimes, there’s hero worship involved, and all sorts of tangled up emotions, and it takes some serious time and distance from the situation before we can acknowledge that what another person did to us was absolutely wrong. The point is, a victim’s reasons for excusing their abuser’s behavior are myriad and complicated, just like us humans.

Those roles might also make it really hard for a man, who might be socialized to think he is supposed to be the “pursuer”, to recognize when he is being harassed. When he does actually figure it out, he might be socialized to be embarrassed to say anything. It’s important to acknowledge his feelings. But it’s also important for him to recognize that what was done to him was wrong, and that it should not have happened — to him, or to anyone else. Because, and I’m speaking to you, here, Benjamin, if someone wants to kiss you and that makes you uncomfortable and you don’t want to be kissed and they kiss you anyway, that is sexual harassment.

When an incident is recorded, as this one was, the fact that the victim isn’t ready to call the abuse he endured sexual harassment doesn’t mean that the rest of us should ignore it. Nor should Katy Perry get a pass just because she’s a woman. If anything, Katy Perry should be held accountable for her actions, because she was wrong. She was disrespectful, she was rude, she was predatory, and she was abusive. She abused her power and she was, in that moment, just a basically sucky human being.

Does that mean that Katy Perry is always a sucky human being? I doubt it. I have no idea, really, but I doubt it. But that doesn’t mean she gets a pass for this either.

In that moment, she was a sucky human being because she didn’t give a single thought to how her actions were making another person feel. She was putting on a show — and I get it. I get that’s what she does. But she was playing a character and in the process she lost her humanity. Regardless of what any of us might think of Glaze’s conservative views, as a human being he has a right to dignity, and to innocence, and to never kiss a single damn person if he doesn’t want to. But Katy Perry got all take-y – take-y, what with all her power and stardom, and she missed the chance to see a beautiful soul right in front of her. She missed the fact that she was making that beautiful soul uncomfortable (or, maybe she didn’t miss that fact, and liked it). And in doing so, she lost her own dignity as well.

This, by the way, is a scenario that plays out over and over on the streets of cities and in school yards and workplaces all over. We seek to impress the guys on the job, or the guys on the street, or the boss in the office, and suddenly we lose our own humanity by dismissing the humanity of others. Maybe it’s as seemingly innocent as “locker room talk” (by the way: #NotSoInnocent) or maybe it’s the water cooler session where you bash the new female executive for being “bitchy” and not dressing fashionably. There’s lots of ways to destroy the humanity of another person.

It’s way braver, way more counter-cultural, to look at a soul that’s different, a soul that maybe makes for an easy target, and instead, love that soul, offer respect and dignity to that soul, and here’s an idea: keep your freaking hands (and kisses) to yourself.

Benjamin Glaze, at the very least, you are owed an apology. 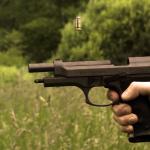 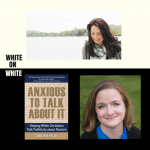