John Piper, Jesus the Only Way 1 (by Terrance Tiessen)

A regular reader and commenter on this blog, a missionary theologian and professor, and author of Who Can Be Saved?: Reassessing Salvation in Christ and World Religions

, Terry Tiessen has sketched John Piper’s new book and he also evaluates Piper’s ideas. This is a two part review, the second one coming tomorrow. The issues involved in this discussion require some patience, and no one can do this for us any better than Terry. Thanks Terry.

Part 1 of a review of John Piper, Jesus: The Only Way to God: Must You Hear the Gospel to be Saved?

John Piper has written this book out of his very commendable passion for the church’s evangelistic mission. He believes that this work is threatened by three positions taken by some Christians: 1) annihilationism and univeralism, 2) relativistic pluralism, and 3) inclusivism and agnosticism. He addresses these three perceived threats by offering biblical answers to three questions. I will restate his rationale for answering “yes” to all three questions and then I will interact with his argument. We’ll deal with the first two questions in this post and then the third question another day.

I look forward to hearing your own assessment of whether Piper is correct to answer these three questions “yes,” and whether you think that answering “no” to any of them would diminish the church’s motivation for mission.

The first question Piper addresses is: “Will anyone experience eternal, conscious torment under God’s wrath?”

Universalists answer “no,” because they believe that the purpose of hell is purification, leading to the eventual salvation of all people and devils. Annihilationists  answer in the negative because they posit that unrepentant sinners, after they have been appropriately punished for their sins, will be annihilated.

1) In Daniel 12:2, the shame and everlasting contempt is endless in the same way as the everlasting life;

3) although annihilationists argue that the biblical language for “destruction” of the wicked speaks of their annihilation, the frequent contrast in these passages between eternal life and eternal punishment makes annihilation implausible;

4) the eternal punishment of human sinners is analagous to the endless torment of the devil and his angels (Rev 20:10);

5) Jesus would not have said concerning Judas that it would have been better if he had not been born (Mt 26:24), if he were destined either for eventual glory or for annihilation;

8 ) against the claim by annihilationists that eternal punishment is disproportionate to a finite life of sinning, Piper cites Jonathan Edwards’ point that the degree of blameworthiness comes “not from how long you offend dignity, but from how high the dignity is that you offend” (50).

Question 2 is: “Is the work of Jesus necessary for salvation?”

Relativistic pluralists answer “no,” because, although  Jesus is God’s provision for Christians, there are other ways of getting right with God and achieving eternal bliss in other religions.

Piper argues for the universal necessity of Christ’s saving work on the following grounds:

4) Peter, preaching in Jerusalem made it clear that salvation is found in no one else but Jesus, whose name is the only one “given among men by which we must be saved” (Acts 4:12);

5) sin is a universal problem for which the only solution is the redemption that is in Christ Jesus (Rom 3:21-24).

I respect John Piper highly and have been blessed by his ministry, including his passion for the church’s global mission, which I share. From that perspective, I now examine Piper’s response to the first two questions he has raised and then I’ll speak to the concern that a negative answer to these questions would threaten our motivation for mission.

The second question (concerning the uniqueness of Christ’s saving work) differs from the other two in that no evangelical scholars are cited who answer negatively. But that is small comfort because, even among members of evangelical churches in our society, where the virtue of tolerance often appears to be the only moral absolute, one meets a disapproval of proselytism because it is deemed embarrassing to suggest that we have special knowledge of truth that is significantly superior to that of adherents of all other religions. On this question, I think Piper has rightly identified key biblical texts that teach us that Jesus is not a tribal deity; he is universal Lord and is the world’s only Savior. Piper’s case could have been bolstered by mention of the self-contradiction inherent in relativistic or unitive forms of pluralism.

In regard to the first question, I agree with Piper that the Bible teaches eternal conscious punishment of those who persistently reject God’s grace, but I regret that he chose to address annihilationism and universalism together, attempting to speak to both of them at the same time. A few years ago, when I set out to read more closely the case for universalism, in preparation for the article on “universalism,” in The Global Dictionary of Theology, I was rather hoping to be convinced. I am hopeful that most of the human race will be saved by grace through faith because of Christ’s atoning work (for reasons I have spelled out in Who Can Be Saved?), but I would be very happy if God had chosen to save everyone. Sadly, I came away from my reading unconvinced because the traditional position, which Piper affirms (and which I sum up in the article on “hell,” in the above mentioned dictionary), is stronger. Nevertheless, I do not think that the case made by scholars who heartily affirm the reliability of Scripture can be presumptively dismissed. I wish, for instance, that Piper had addressed the arguments of Thomas Talbott, a fellow monergist.

Despite my wish that all would be saved, I do not find the biblical case made for universalism by evangelical proponents, to be as powerful as the arguments for annihilationism. Here, I am almost, but not quite, persuaded. It seems peculiar that Piper would address the latter position without interacting with Edward Fudge’s exhaustive biblical case in The Fire That Consumes. In particular, it is strange that Piper did not speak to the annihilationist appeal to texts that speak of God’s final victory. On that point, evangelical universalists and annihilationists work from the same texts. In both cases, the final outcome is one in which no active rebellion remains in God’s creation, but the two perspectives differ about the means by which that is brought to an end.

I appreciate John Piper’s principle that we must let our theology of salvation be determined by Scripture not by its usefulness in missionary motivation (30), but it is still worthwhile to evaluate the possible effect of various theological proposals. I concur with Piper that unitive pluralism would greatly diminish the sense of urgency for global mission. If people can get to God by means of any religious path, we would only be right to attempt conversion of thorough going secularists. Dialogue might have value for better understanding and community harmony but a desire to see adherents of other religions come to faith in Christ would be wrong.

In the case of annihilationism and universalism, however, I think that a holistic understanding of mission and a proper appreciation of the blessedness of life in the church provide motivation that is not destroyed by these beliefs. For starters, we have our Lord’s command but, like Paul, we should be compelled also by love for sinners. However preferable annihilationism may be to endless conscious torment, the loss of eternal communion with God is truly terrible, and prior to annihilation the awful conscious experience of God’s wrath, though varying in length from one person to another, might last for a long time.

If universalism were true, though we could rejoice that everyone will ultimately be saved, surely we should desire that as many as possible experience the joy of peace with God now, and have the privilege of being part of a community of God’s people who are privileged to be God’s servants in the advancement of God’s reign. The gospel transforms not only individuals but whole communities. Not to do all that we can to bring this blessing to everyone in the world, even if we are sure that they will eventually be saved, would be ungodly. Even if hell is purgatorial rather than punitive, we do not know how long and how painful the process may be until everyone is finally enjoying communion with God in the new earth.

October 25, 2010 Do Christians Contribute to Society?
Recent Comments
110 Comments | Leave a Comment
"'This renewal began first with the renewal of the people of God (chapter 5 or ..."
Kostya2 Putting the Bible Together
"In Christ, there is no Jew or Greek, male or female."
Silverwolf13 Go Home or At Home?
"I just started to read about Scot Mcknight! His arguments are good.However, I recommend Scot ..."
Yechan Namgoong Tim Keller under the Eye
"" if it be Your will" 1 John 4:14,15 says, 14And this is the confidence ..."
disqus_5T2jXBEN10 JesusCreed.org Blog Prayer
Browse Our Archives
Related posts from Jesus Creed

Evangelical
Apologetics in a Bible of Paradox
Jesus Creed 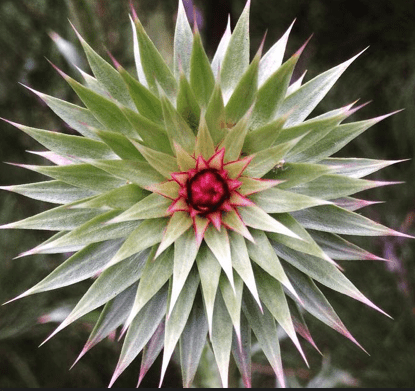