London (CNN) — A British Christian woman suffered religious discrimination when British Airways told her not to wear a visible cross over her uniform, a top European court ruled Tuesday.

However, the court found that three other British Christians who argued they’d been unfairly dismissed from their jobs had not been subjected to religious discrimination.

They are nurse Shirley Chaplin, who also wanted to wear a cross at work, registrar Lilian Ladele, who declined to register gay civil partnerships, and Gary MacFarlane, a relationship counselor who did not want to give sex therapy to same-sex couples.

January 17, 2013 Brilliant Translation Decision
Recent Comments
0 | Leave a Comment
"Curious as to why my comment was deleted? Here it is again for all who ..."
zfari Go Home or At Home?
"From my experiences, a God who has a Gender, a Sex, and a Biological Orientation... ..."
Kyllein MacKellerann What to Say When Someone says ..."
"What is the "final destruction of sin" please?"
Bob Shiloh What to Say When Someone says ..."
"Dr. Fitch, you write the following regarding the resurrection:Of course, Cone is focused on the ..."
J.R. Miller David Fitch, James Cone: Liberation Theology ..."
Browse Our Archives
Related posts from Jesus Creed 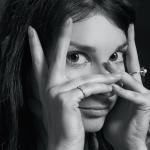