Something Political, from T about Leaving the GOP

A “Dear John” Letter to the GOP

A little over a year ago I posted here at Jesus Creed an open letter to my own political party of choice, the GOP.   At that time I was concerned that the GOP was on a trajectory away from moderates such as myself.  To spare anyone from having to read the old post, I’ll just summarize that post my concerns from then that remain strong now:

So, what about now?  Well, I wish I had been wrong about what Hispanics were hearing from the GOP, but the presidential election confirmed rather than disproved the theory.  Worse, habits die hard, and the GOP’s killing of immigration reform was perhaps their most improbable “accomplishment” since Obama’s re-election.  What part of the Senate’s bipartisan immigration reform is the GOP house willing to pass?  The part that builds up more walls; that’s it.  That’s our sole priority concerning all that ills our mish-mashed immigration policy: more and bigger walls.

Honestly, I don’t even want to go on to talk about everything else that’s happened in the last year, and even what’s happening right now that leads me to say goodbye to the GOP except to briefly list two more straws that broke this camel’s back, and since this is a “Dear John” letter, I want to address it to the GOP leadership directly.  First, you had to try to cut food stamps?  Really?  I agree with David Brooks, no bleeding heart liberal, that “the people who deserve to get it are getting it; that was the basic conclusion I came to [after researching who was getting food stamps].  .  .  if you want to replace it with an EITC, or Earned Income Tax Credit, or another thing, that would be legitimate.”  But you’re not proposing replacing it with anything.

In our recovery from the worst recession since the Great Depression, with the poorest still lagging farthest behind in the recovery, you’re cutting food stamps.  You’re going to dig in against taxes getting raised back to 1990’s levels for the wealthiest Americans, but you want to cut food stamps for the poorest ones?  And second was the focus on the Affordable Care Act (Obamacare) and how you’ve chosen to conduct yourselves these last few months regarding it.  Obamacare has become your elusive, defiant Moby Dick and you’ve become Ahab, with the federal government and perhaps the global economy as the unfortunate crew along for the dangerous ride.

I’m grateful that there have been several amendments passed with GOP insistence or assistance.  But I just can’t get behind putting the entire (recovering) global economy at risk (via refusal to pass debt limit increase in the face of exhausted cash flow) to try to get the Democratically controlled Senate and the Democratic President to defund or even delay/derail Obamacare at this stage.  And let’s be clear: demanding that the Senate and President “merely” delay the individual mandate, which is a very significant price factor for all the polices already being offered to the public this month (!), after all the insurance companies have spent 3 years and millions of dollars designing those polices with the individual mandate as an integral part of the system, is asking for total train wreck for the public and their healthcare at this stage, even if the Dems agreed, which they won’t do.

So, you’re holding a gun to the world economy’s head and threatening to shoot unless the Dems agree to let you take a wrecking ball to Obamacare, while it’s already entwined in companies’ and people’s real lives.  Let’s please try to remember that the part of Obamacare that has conservatives most upset is the individual mandate, which was an idea promoted by the Heritage Foundation (a conservative think tank), endorsed by then Speaker Newt Gingrich (no soft conservative), which then was implemented first in the signature accomplishment of a Republican governor (Mitt Romney).  I don’t like some parts of Obamacare either, but it’s much more accurate to call it a coopted Republican idea than calling it socialism.

Medicare is much more socialist than anything in Obamacare.  But above all I find your willingness to risk the financial stability of hundreds of thousands of people, maybe millions or more, so that you can take one more shot at killing or maiming Obamacare as it finally makes its way into American residential areas, even with families in the line of fire, to be the opposite of statesmanship.  Ultimately, I just don’t want to be in a party that is so lacking in statesmanship.  I would believe the current protests (“We don’t want a shut down; we want to avoid default and raise the debt limit”) if shutting down whole sections of the federal government hadn’t been proposed by multiple Tea Party pols, including those seeking presidential nomination, multiple times in the last several years.  I’d believe you about your desire to raise the debt limit if (i) failing to raise the debt limit wasn’t a functional substitute for a balanced budget amendment, which you’ve pursued, and (ii) your Tea Party members weren’t, increasingly, talking openly that failing to raise the debt limit won’t be that bad, or will even be good for the global markets, despite all evidence to the contrary.

So; that’s it. I’m out.  I’m changing my registration, for now, to Independent. This is a summary of why I, a 40-year old, pro-life, self-employed, Evangelical Christian, married male with two kids (and another coming),and above average income is leaving the Republican Party after 20 years. Maybe I’m a perfectly acceptable and anomalous loss. That’s fine. I just hope for better—maybe not even in any party. Indeed, for the foreseeable future I’ll likely be what I’ve been for years: a quiet voter who is more involved in my family, my church and my work than anything else; reading the news online and keeping informed on law and policy changes but not expecting much from either party.

You may ask why I’m only talking about the GOP and not cataloguing all the evils of those dastardly Democrats. For one, I’ve never been a Democrat, and I’m not leaving the GOP because of anything the Dems have or haven’t done.  If this had been a marriage, there would be no “other woman.”  Further, I’d like to hear primarily from other Republicans and Independents or even folks from other countries.  I’m not as interested in getting a bunch of “Amens” or piling on from the many wonderful Democrat friends here, though I’d love their input on how Christians can help facilitate progress.  (See the questions for the post).   I’m just not staying in this GOP house anymore, and I thought it might be helpful in the long run to give some reasons in the public sphere as to why.  I hope here at Jesus Creed, even with folks who think I’m crazy, that we can talk to each other in a way that is worthy of Christ.

For Republicans: Am I crazy?  Do you see any truth to these assertions?  How so? How not? Do you see these as changes in the GOP or any movement in these directions, or is this the same as ever?  Does it make you cheer or groan?

For all: Can Christians do anything to stop cooperating with the demonization and polarization that is deepening in American politics?  Can we do anything to move things in the opposite direction?

Can churches do anything to facilitate helpful (non-yelling, non-demonizing) discussion among their members in different parties? Or should local churches just stay out of politics all together?

Is there a spiritual formation at work in the world of political info-tainment, in and outside of the Church? If so, how can we best address this? How can we overcome evil with good?  How do we make our gentleness evident to all in politics? 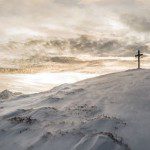 October 16, 2013 Same-Sex Parenting: Mark Regnerus
Recent Comments
75 Comments | Leave a Comment
"This is John OrtbergNo, This is John Ortberg, emphasis mine"Once Ortberg was convinced the volunteer ..."
swbarnes2 This is John Ortberg
"Hey I realize this is an old post, but can you tell me the name ..."
Malissa Weekly Meanderings, 4 January 2020
"Christaine and others,In theory what you espouse sounds nice, sweet, loving, incredible, worth celebrating! In ..."
David Russell The Gospel of With Us and ..."
"In the Incarnation, Our Lord assumed our whole humanity so that He might heal it. ..."
Christiane Smith The Gospel of With Us and ..."
Browse Our Archives
Follow Us!

Lynn Cohick on Ephesians
Here is my interview with Lynn Cohick about her forthcoming Ephesians commentary...
view all Evangelical blogs
What Are Your Thoughts?leave a comment
Copyright 2008-2020, Patheos. All rights reserved.