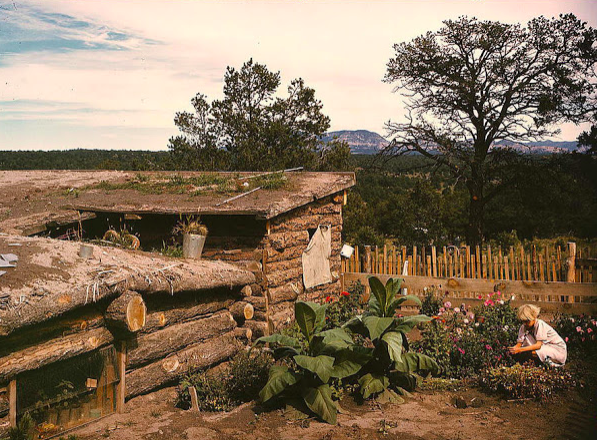 These pre WW2 photos are priceless stories, my favorite this homesteader gardening:

Which brings us back to the sages of Swarthmore and Harvard. They at least understand that ideological diversity is actually, like, you know, a thing. They just think it’s a bad thing.

More pernicious, however, is that they believe the question of justice is a settled matter. We know what justice is, so why let serious people debate it anymore? The millennia-old dialogue between Aristotle, Plato, St. Augustine, Aquinas, Machiavelli, Rawls, Rorty, Hayek et al.? Shut it down, people. Or at least if the conversation heads in a direction where the Korns, Chings, and Streisands smell “oppression” — as defined solely by the Left — then it must not be “put up with.” Diversity demands that diversity of opinion not be tolerated anymore.

Short, to the point but insightful by Steve Cuss on “Comfort Zone Shrinkage”:

To avoid the dreaded C.Z.S, we must habitually leave our comfort zones beyond their boundaries, thus expanding them again.

It strikes me that we can be all too big fans of comfort zones in western Christianity.  We like our comfort and familiarity, we like the illusion of control.

You want to be a better writer? These ten ideas are the place to start. 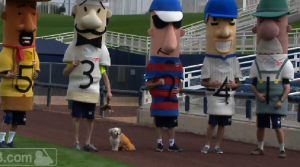 Hank is now running in the Brewers’ Sausage Race as the Hot Dog.

Andrea Lucado on her night of loneliness:

I begin to wonder if I have any friends. I start to count them and then find reasons that none of them are actually my friends. I mean, if I had friends, wouldn’t I have plans on a Friday night? I have no friends, I never have and never will. I wish I could say I’m exaggerating about my thoughts but I’m not. They actually go there. They actually get that dark and desperate.

Loneliness, a cause of premature death, and it makes me think of the importance of the church as a koinonia.

In research designed to identify reasons for the association between loneliness and early death, Cacioppo and colleagues have found that feeling lonely and isolated from others can lead to less restful, restorative sleep, raise blood pressure, cause morning increases in the stress hormone cortisol, increase depression and lower the overall feeling of living a meaningful life. “Poor quality of sleep hastens aging.”

Some people are happy to be alone, but most thrive in social situations where they enjoy support and rapport with others, says Cacioppo, co-author of Loneliness: Human Nature and the Need for Social Connections.

People “can escape the clutches of loneliness as they age” by staying in touch with former colleagues, maintaining meaningful relationships and participating in family activities, he says. “People underestimate the importance of sharing good times with friends and family.”

Cacioppo says, “What’s really important is companionship and mutual assistance and protection. Having high-quality relationships with a few people is one of the keys to happiness and longevity. The stresses and challenges of life are more easily endured if we can share them with someone in whom we can confide and trust.”

Some of the problems that contribute to loneliness as people age include loss of mobility, loss of hearing and blindness, he says.

Retiring to Florida or Arizona to live in a warmer climate “isn’t necessarily a road map to happiness if it means you lose the relationships you developed over a lifetime,” Cacioppo says. You’ll benefit if you develop new friendships in the new location, he says.

A Toilet from Gospel for Asia Brings Unexpected...
WILLS POINT, TX – Gospel for Asia (GFA World, www.gfa.org) founded by...
view all Evangelical blogs
What Are Your Thoughts?leave a comment
Copyright 2008-2020, Patheos. All rights reserved.