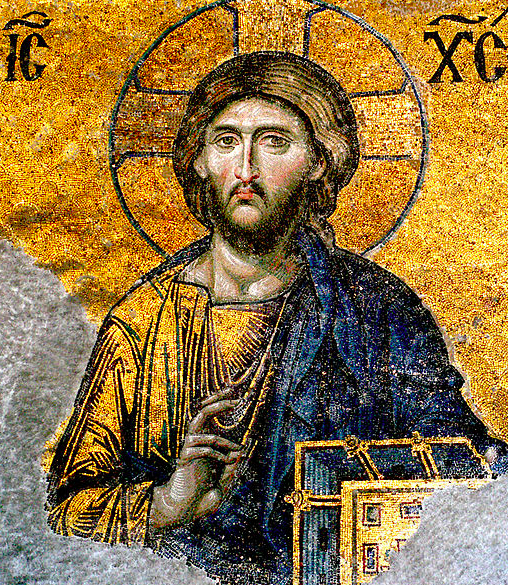 Tolkien gives Hitler’s administration an earful when they asked him if he was Aryan when seeking to publish his book in Germany:

Thank you for your letter. I regret that I am not clear as to what you intend by arisch. I am not of Aryan extraction: that is Indo-Iranian; as far as I am aware none of my ancestors spoke Hindustani, Persian, Gypsy, or any related dialects. But if I am to understand that you are enquiring whether I am of Jewish origin, I can only reply that I regret that I appear to have no ancestors of that gifted people. My great-great-grandfather came to England in the eighteenth century from Germany: the main part of my descent is therefore purely English, and I am an English subject — which should be sufficient. I have been accustomed, nonetheless, to regard my German name with pride, and continued to do so throughout the period of the late regrettable war, in which I served in the English army. I cannot, however, forbear to comment that if impertinent and irrelevant inquiries of this sort are to become the rule in matters of literature, then the time is not far distant when a German name will no longer be a source of pride.

Your enquiry is doubtless made in order to comply with the laws of your own country, but that this should be held to apply to the subjects of another state would be improper, even if it had (as it has not) any bearing whatsoever on the merits of my work or its sustainability for publication, of which you appear to have satisfied yourselves without reference to my Abstammung.

I trust you will find this reply satisfactory, and

So you’ve most likely heard Sarah Palin used baptism as a metaphor for waterboarding terrorists. (I mean I heard and I’m in Australia!) I found out when fellow neo-Anabaptist Tyler Tully sent me his reflections. Many are blogging thoughtful responses. But more and more this is my conviction: the best critique of the bad is the practice of the beautiful. So I want to testify to the beauty of the baptisms I was a part of on Sunday.

I do so knowing that the despondence and darkness I feel when baptism is equated with the diabolical is driven out in the joy of the mystery of what happen when we say yes to the Holy Spirit by wading in the water. Our new sister Natha, brother Ky, and I met separately in the End Poverty movement. Both of them, in quiet different ways, found themselves being found by God while looking for a better world. And in Jesus they found the world they were looking for has started! Without a dry eye in the community that surrounded them on Sunday, they shared their wanderings in the wilderness before following Jesus through the waters.

Ky spoke of being so moved by a God whose power is weakness. Natha spoke of coming to know that God looks like Jesus and wanting to honor her Catholic christening and schooling that had helped lead her to this point.

Cubs win, Cubs win! Well, actually, they get 5th place but the White Sox are last — in the most awful announcers rating.

When most people define grace they mean “unmerited favor.”  When Dallas defines grace he means “God’s action in our lives.”  The difference is huge.  By limiting grace to merely unmerited favor we leave out the unearned grace that comes to us in myriad ways:  by grace I have air to breathe; by grace God speaks to me through the Word; by grace tulips make me smile.

Voltaire famously said, “If you wish to converse with me, define your terms.”  I would modify that by saying, “If we want to talk about spiritual formation, we must first define our terms.”

The term spiritual formation has emerged quickly in the last decade, and few have a solid working definition.

In the 1950’s church people talked about Christian Education when they described the way they nurtured people in the faith.  We had pastors of Christian Education on staffs.  In the 1980’s the key term for Christian growth was Discipleship.  It is a great term, but it became obsolete when it was reduced to merely having a quiet time.

Does the Internet damage faith?

Downey’s initial discovery—that upbringing is among the most important factors in shaping future relationships with religion, and that those who are raised in religious households are more likely to practice as adults—should surprise no one. It’s his hypothesis that Internet use could account for 5.1 million people with no religious affiliation, or about 20 percent of the observed decrease in religious affiliation relative to the 1980s, that raises questions….

Unfortunately for them, the Internet didn’t kill religion in America. In fact, researchsuggests that the rise of the Internet—and the potential for mass communication it holds—may actually strengthen religious ties by providing new forums for religious expressions, whole digital churches for prayer and testimony. Nearly 25 percent of Internet users received religious or spiritual information online in 2001, with nearly three million people a day getting religious or spiritual material, up from two million the year before. “The Internet is a useful supplemental tool that enhances their already-deep commitment to their beliefs and their churches, synagogues, or mosques,” wrote researcher Elena Larson at the time. “Use of the Internet also seems to be especially helpful to those who feel they are not part of mainstream religious groups.” Not only have “older” identities such as religion, race, and nation been embraced online, but increased Internet access could be seen by many as primarily a means of repairing or reinforcing those allegiances when physical spaces—churches, community centers, and so forth—are not available or within reach.

Think of this as an inversion of sociologist Robert Putnam’s fear that, with the technological advances of modernizations, Americans would end up bowling alone. Putnam—who discussed his famous sociological study of American society and the concept of social capital with the Atlantic in a 2000 interview—pointed to the gradual “individualizing” of our leisure time through television and other technological innovations as an eroding force in American social life. In reality, a 2011 Pew study indicated that while 75 percent of all American adults are active in some kind of voluntary organization, Internet users are far more likely to be active and engaged in their communities. Three in five of all Americans surveyed said the Internet has had a major impact on the ability of groups to communicate with members and connect with others with like-minded interests….

The Internet is just another tool, not some aggregated monster-like state that graced the front of Thomas Hobbes’ Leviathan, crushing churches across the English countryside. It doesn’t make you do anything: It amplifies your best and worst traits, all of which are shaped by your childhood, your socioeconomic status, and your education level, among other things. Whether Internet access unequivocally produces more atheists than evangelicals is unclear, and Downey knows this, reminding WNYC that the three factors of education, upbringing, and the Internet can explain only half the drop in religious affiliation, while no single factor can explain the other 50 percent.

May 2, 2014
Sleep Patterns and Health: Social Jetlag
Next Post